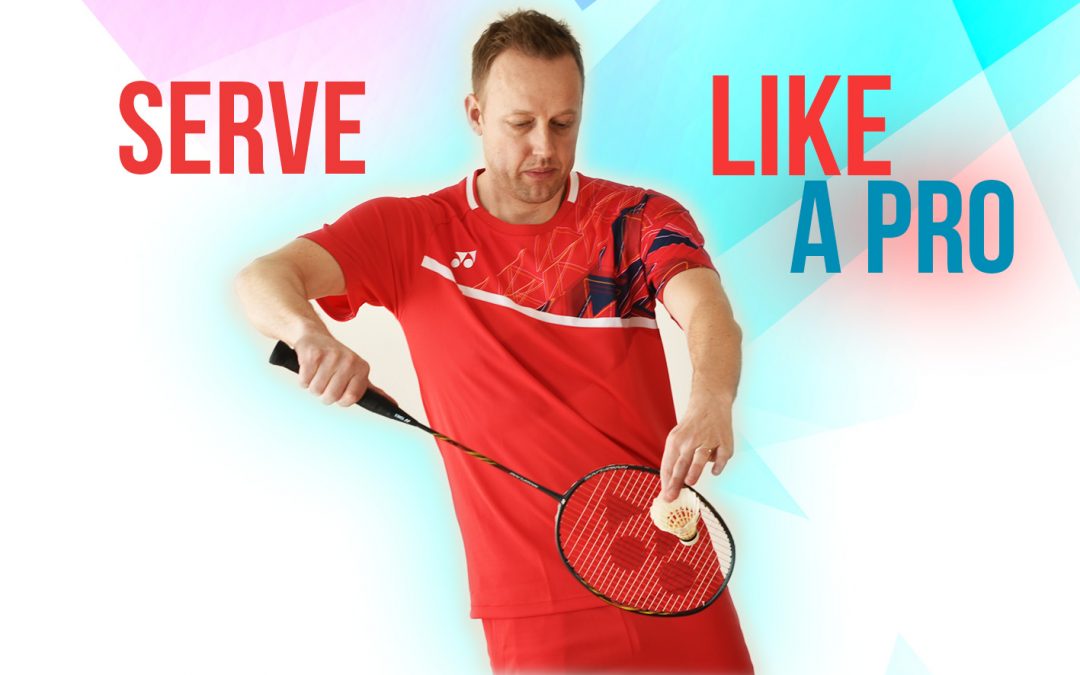 In this article we are gonna go through many different serves in the doubles, and also the high serve in the singles. We will write about tips and tricks, and also show you many cool tutorial videos with step by step instructions on the serves. We will also look at the serving rules, and give our point of view on that.
So get some coffee ready, and get relaxed and just enjoy this article!😎

So what is the perfect serve? Well first of all the serve is extremely important to master. It´s very simple; if you serve badly you will be closer at loosing. If you serve a fault, well then you loose a point.😉

The serve should “on paper” be very easy, but in real life it is just really tricky, and also a crazy mind game.

The mind can trick us in so many ways, if you think just one bad or wrong thought, it can effect your game, and off course your serve. When we get ready to serve, the mind can really be our worst enemy because we have time to think what’s going on, and how to make the serve. Usually the mind thinks of all the things that can go wrong, instead of thinking about how good you are, and how many amazing serves you just did in practise the other day.

A good tip for you is to trick the brain to think good thoughts, but how do you do that?
You start by thinking of a good memory, or a really funny memory, a memory that gets you relaxed and in good mood. When standing and are ready to do the serve, then find a spot on your hand or racket that reminds you to think of your memory. By doing this you will be in a better position to do the best serve in the world because your mind is “cleaned out” of all the what if thoughts. This trick can also be used if you get frustrated during a game and can’t control your temper.

In order to do the perfect serve, you obviously need to have the proper technique, so we made some amazing videos just for you to learn all this.

Lets get started with the first video. This video shows the basic techniques in the doubles low serve. A good place to start before making other more complexed serves and flick serves as well.

How do we manage to perform a perfect low serve?
The key is to relaxed in your serve, and make it as easy as possible. The fewer movements the better, and more easy to be consistent every time. Don’t ever hit the feathers while serving, its impossible to control the placement of the serve. Never stop practicing this shot, it can never be good enough 😉 Go through all the tips in the video, and try it out yourself…

After learning this basic technique, you can move on to a more advanced serve. The serve to the middle or to the side. When serving to our opponents it is really important, not showing exactly where to serve every time, because it will be easier for them to attack it, if they know where you are serving.

Below we show a good place to do your serve, it will be more tricky for your opponent to receive this serve, as it will land around the place where they have to choose between forehand or backhand. And can you do it with a small deception, it will be even better.

If you want to serve all the way out to the side, we made a video about this. The video shows a serve in the odd side, serving out in the side to the backhand, if the player is right handed. You can use the same technique if you want to serve in middle (like image above) but use a smaller deception and angle of the serve.
Here we go…👇🏻

Let’s move on to the flick serve. At the moment the flick serve is used in many ways. Because BWF changed the rules so you have to hit the shuttle under 115 cm, and without any other rules, well then the flick serve has become a weapon of choice for many top players. With that rule it is possible to serve really flat almost like an attacking shot. But remember it is only on the World Tour (from future series and up) this rule is active. For all others the old rule still remains, and it says you have to serve below the waiste and that the racketed must be pointing clearly downwards. With that rule it is more tricky to do the flat flick serves, well actually it isn’t, the judges just call more errors, because they think the racket is to high or pointing upwards.

The image below shows the rules for everybody NOT playing in the World Tour:

“I personally think that the new World Tour rules of the serve, is destroying the game, BWF need to change back to the old rules if it were up to me”

Well let’s get to it, no more rule talk😉

Below we made a cool video showing the basic techniques in the flick serve. Mostly in the doubles but at the end of the video we also talk about the flick serve in the singles.
Everything has to look like the normal basic technique in the low double serve. Master this low serve, then your flick serve will be more efficient.
It is also really important that your serve is high enough. Is it to low then your opponents will have better and quicker options to return it with an attacking shot. The opponents should preferably move backwards making more steps before they can hit the shuttle, and it also gives you more time to be ready for the attack usually coming.

The placement of the serve can be several of places, but the image below shows where we think the serve is best placed. If you place it in the middle of the field, it will be easier for the opponent to quickly go back and attack the shuttle.

Now you know the placement of the shot and some about the rules, let’s get you going learning the basics in the technique👇🏻

When receiving the flick serve yourself, they are some important things to remember. First of all the movement backwards has to really explosive and you need to be able to cover the length of the court so you can get down and do a good return. So what is a good return? Well it depends on how good the serve is, because in some cases you need to play a simple clear if you don’t get all the way down to the serve. Best case is to do a smash and land in good balance, so you are ready for the next stroke. It is also important to think about where to place the shuttle. Your partner also must know where you usually hit the return, well not exactly every time, but in most cases he/she must know what you do. Straight or in the middle is usually the best choices for the return.

In Mixed doubles there a more things to think about, because the women is usually weaker on the backcourt than the men. So that means in most cases if the flick comes to the women, how do the couple then change around, so the man can get back down to the baseline, and the women in front. Well you need to have some agreements with each other on what to do, but it also is effected by the quality of the flick serve. If the women gets down to the shuttle quickly then she can maybe do a smash, and then run straight forward while the man is going back. In other cases the women must do a clear and then they start out in the defense position, and must work their way out of the situation. Agreements with your partner is the key!

No matter what you need to be able to return a good flick serve, and that takes power, timing, control and the right technique. Take a look at the video, and try it out in practise tomorrow😎

As you might think, there are many other places that you need to be able to do the return, but we simply cannot cover it all at the moment. Use this technique and see if it works other places, for example out in the odd side down to your around the head side.

We also made a really cool and simple tutorial guide video with many step by step tips on how to do this properly. Very important that this serve is placed precisely in the back, it can be crucial to hit it too short or off course out, if it goes too long and too much in the side. Practise this with a basket or similar, so you have something to aim at, that is also a bit funny to see who is the best at your training center.
7 really cool and easy focuspoints, with many super slow motions. Its not always easy to do this serve without using too much power. When we use power the precision is more tricky. The rotation and the swing produces a nice smooth movement and easier to hit the shuttle in the same area every time. See the video below👇🏻

The placement of the high single serve is not that important I think. The higher up in the air the more tricky it is to return.
If you serve all the way in the side of the court, it gives your opponent a bit more angle to play with, so maybe better to serve in the middle, so you can cover your defense better, but really up to you. Both placements have pluses and minuses. Try it out and see what works for you🤘🏻

Well that’s it, that is some of the basic techniques for you to learn to be able to serve like a pro. Really hope you enjoyed it and learned a lot. Remember it takes a lot of time to be able to do this properly.
Do it correct and slowly rather than quickly and wrong!

As a former prof. player I did serve practise every day for 10-20 min to improve all the small details and placements of the serve. Actually pretty crazy as you might think a pro should be able to do a proper good serve without practicing it so often, so you can ask yourself this question:
Do I serve a really good serve, and as good as possible?
Well the answer is properly NO!
Do you serve 10-20 min every day/practise? Properly NO again right!
So my question to you is:
Why not practise more like a pro? 😉

Good luck with the practise💪🏻 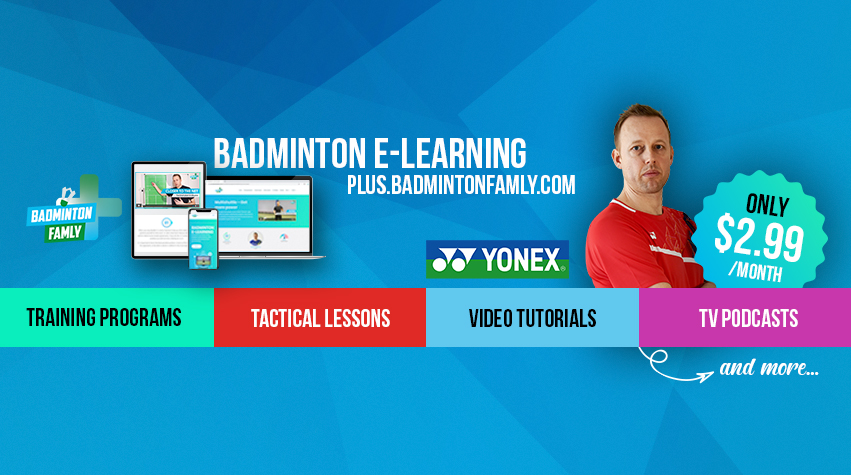