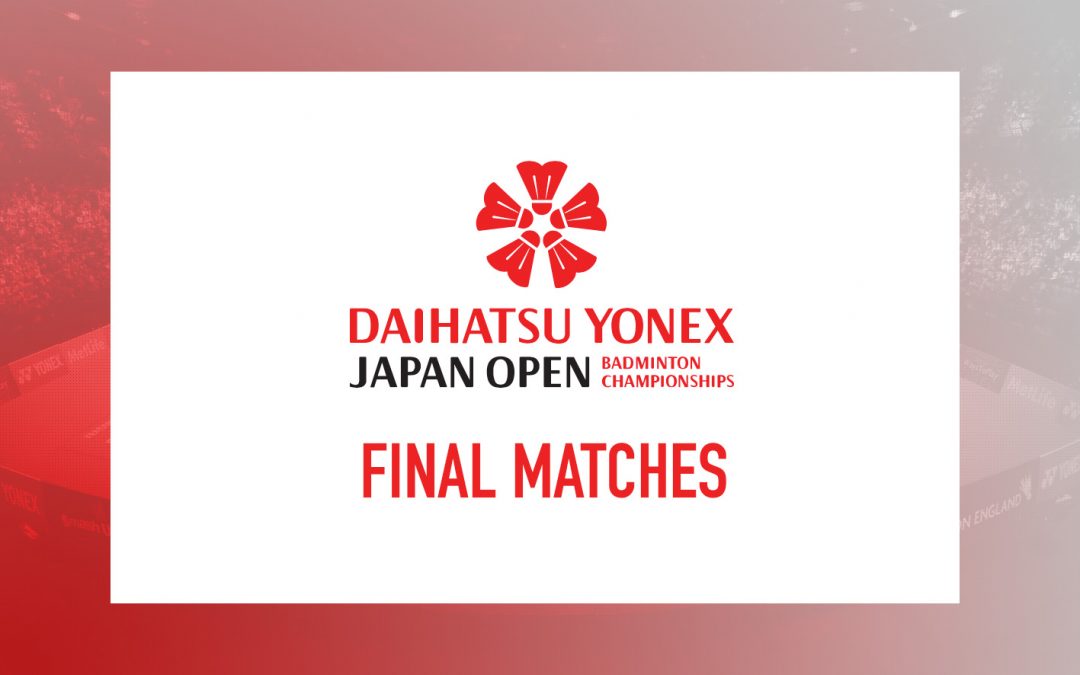 Below we have made our match predictions for the finals.
Matches kicking off sunday September 16 in Tokyo, Japan.

.
See full final draw here
.
Mens Singles:
Khosit Phetpradab (THA) vs. Kento Momota (JPN)
Winner: Kento Momota
– Head 2 head: 0-2
Momota to strong for young Thai, will be exiting to see Khosit level against Momota. Momota victory in 2 sets we think.
—
Womens Singles:
Carolina Marin (SPA) vs. Nozomi Okuhara (JPN)
Winner: Carolina Marin
– Head 2 head: 3-6
Carolina looks like her level from the World Championships is still in her body, just playing amazing this week – again… Ca be really tight in 3 sets but think her power will win it in the end.
—
Mens Doubles:
Marcus Gideon/Kevin Sukamuljo (INA) vs. Li Junhui/Liu Yuchen (CHN)
Winner: Marcus Gideon/Kevin Sukamuljo
– Head 2 head: 7-1
World´s best double will take this match, they have the edge over China winning 7 matches against them.
—
Women´s Doubles:
Chen Qingchen/Jia Yifan (CHN) vs. Yuki Fukushima/Sayaka Hirota (JPN)
Winner: Yuki Fukushima/Sayaka Hirota
Head 2 head: 5-3
Japan powerhouse in Women’s doubles will win we think. China also looking good this week, but think Japan will do everything to get back at China who won last meeting in Asian Games few weeks back.
—
Mixed Doubles:
Zheng Siwei/Huang Yaqiong (CHN) vs. Wang Yilyu/Huang Dongping (CHN)
Winner: Wang Yilyu/Huang Dongping
Head 2 head: 5-0
Think this time is the time for Wang and Huang, they have never beaten Zheng and Huang. If you look at the World rankings, they also might get the points to secure spot 1 and 2 for China, but just a thought.