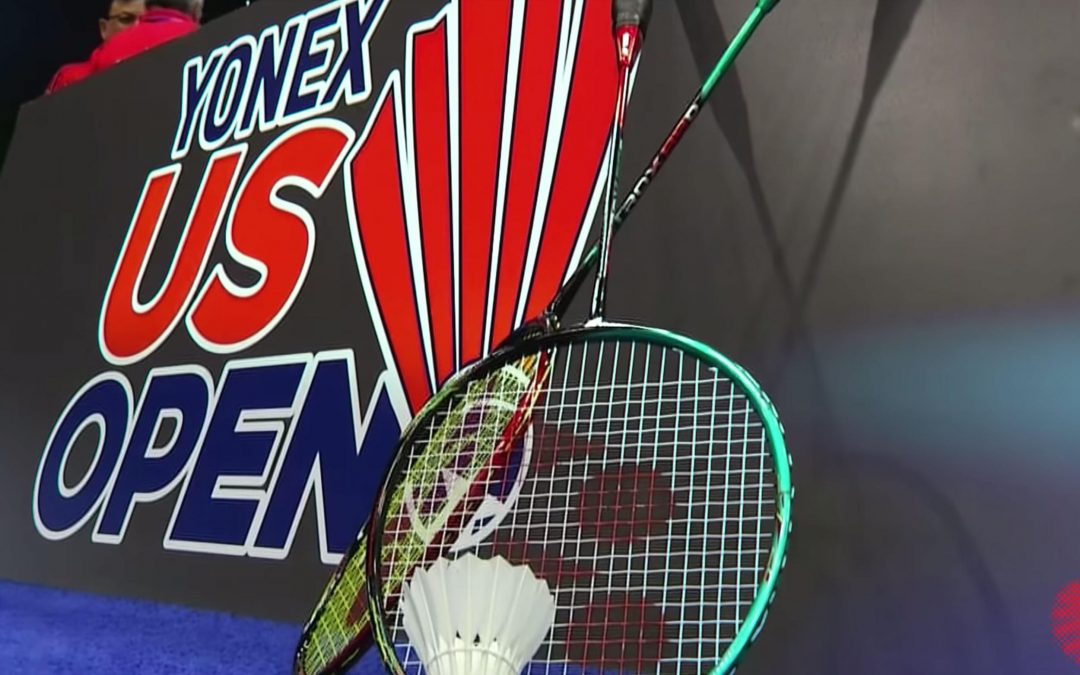 Each division in a BWF World Tour tournament is seeded, with the expected best teams placed in favorable draws based on their ranking and recent results. That didn’t work so well at the Yonex U.S. Open, played at Cal State Fullerton’s Titan Gym.

Winners were not top-seeded
Three of the winners came from the qualifying rounds, taking the long route to getting to the championship match and then winning it:
● In the men’s singles, Chinese Taipei’s Chun-Yi Lin not only moved through the qualifiers, but defeated defending champion Dong-Keun Lee of Korea in the quarterfinals. Lin skipped past Tanongsak Saensomboonsuk (THA) in the final, 21-10, 21-13.
● China’s Zhi-Yi Wang had to go through the qualifiers and then beat no. 2 seed Saena Kawakami (JPN) and no. 6 Ayumi Mine (JPN) on the way to the final. Once there, she took care of Ga-Eun Kim (KOR) in two sets, 21-18, 21-19 in the women’s singles.
●  Jhe-Huei Lee and Ya Ching Hsu (TPE), ranked 140th in the world coming in, took the Mixed Doubles, coming out on top of France’s Thom Gicquel and Delphine Delrue in straight sets, 21-17, 21-17.
There was only one no. 1 seed that won: Japan’s women’s Doubles team of Nami Matsuyamaand Chicharu Shida, who defeated Koreans Ha Na Baek and Kyung Eun Jung, 21-16, 21-16.

Young Taiwanese badminton player wins men’s singles
Lin Chun-yi of Taiwan clinched the 2019 YONEX U.S. Open badminton title Sunday when he defeated his Thai opponent in the men’s singles final of the tournament. The 19-year old underdog, who is No. 122 in the Badminton World Federation (BWF) rankings, beat World No. 56 Tanongsak Saensomboonsuk 21-10, 21-13 in a fast-paced game that lasted just 30 minutes.
The tournament also marked Lin’s first attempt at the HSBC BWF World Tour Super 300 series title since turning professional in 2018. Speaking after the game, Lin thanked his family and coach Huang Po-yi for their support and encouragement. Having confronted many of the players for the first time, Lin said he studied each opponent prior to a game, and watched many videos with his coach to come up with ways to defeat them. Other than that, Lin said, he has been concentrating on his fitness. Although lacking international experience, Huang said Lin is a fast learner who is willing to pick up new things. He is the first Taiwanese in seven years to win the U.S. Open championship title, after Pai Hsiao-ma, who won the women’s singles in 2012.

Get an overview of the winners of Yonex U.S. Open 2019 here: