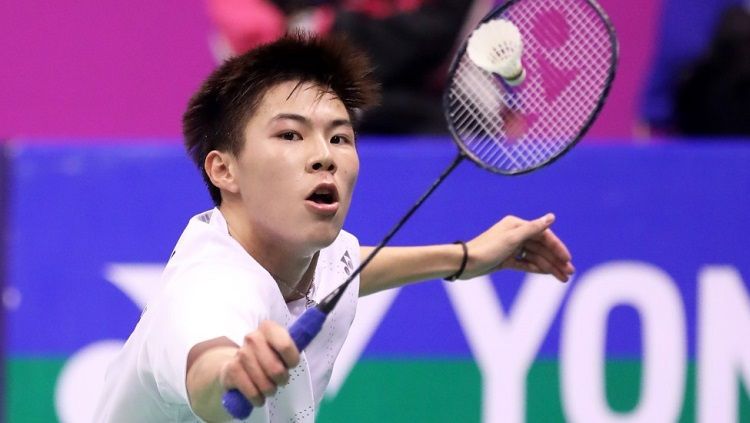 The Hong Kong Open is an annual badminton tournament held in Hong Kong since 1982, but it did not take place annually. It is organized by Hong Kong Badminton Association and it became one of the Super Series tournament in 2007.

Home victory in the men’s singles
Home hero Lee Cheuk Yiu achieved a fairytale victory at the Badminton World Federation Hong Kong Open by defeating Indonesia’s Anthony Sinisuka Ginting in today’s men’s final. Lee’s success on home soil is a big shock as he was only entered into the main draw following withdrawal in the qualifying tournament. Despite long odds against him, he has now become just the second men’s player from Hong Kong to win the World Tour Super 500 event after Ng Ka Long did so in 2016. The 23-year-old knocked out China’s third seed Shi Yuqi and Denmark’s 2017 world champion Viktor Axelsen during his dream run through the draw and finished the job today against Ginting. He came from behind to win 16-21, 21-10, 22-20 against the eighth seed to send his home crowd at Hong Kong Coliseum into raptures. “To win my first Super 500 title is such a great feeling, and that too in front of my home crowd,” said Lee. “I was so lucky. I was in the qualifying round and got into the main draw after someone withdrew. And now I got the title. I’m so fortunate. “

Yufei wins the final in the women’s singles
China’s third seed Chen Yufei beat Thailand’s fifth seed and 2013 world champion Ratchanok Intanon 21-18, 13-21, 21-13 to win the women’s final. It meant a sixth title of the season for Chen, the bronze medallist at the last two editions of the World Championships. “I’m very happy because I faced a lot of difficulties during the match but I could overcome them and that is progress,” she said. Right from the beginning of the match, Yu Fei was looking in a great rhythm. Her opponent, on the other hand, took time to get going. With her accurate smashes and some errors by Intanon, Chen took a lead which eventually led to her going 1-0 up in the match. Ratchanok tightened up her game, and raced ahead in the second game. She also started playing those sublime shots which have come to distinguish her game. The Thai player also proved highly successful in net exchanges. As a result, the match got leveled 1-1 and it was anybody’s guess who will triumph in the decider.

Initially, it was Ratchanok who got the lead. But Yu Fei raced back to first achieve parity and then get a lead at the mid-game interval. The former World Champion again started to commit some errors while her opponent improved her performance even more. The All England Champion also unleashed some marvelous shots that seemed to match the skills of her rival. The game was drifting away from Ratchanok and though she did come up with some good smashes, Chen was too far ahead and too dominant to be put off the rails now. She wrapped up the match in 65 minutes to win her second consecutive title on the World Tour. After last week’s resounding victory in the Fuzhou China Open, this title is another confirmation of the emergence of Yu Fei as the new leader of Chinese badminton in women’s singles division. She is now the biggest hope for China to regain the Olympic title in this category next year.

Top-seeded was defeated in the men’s doubles
The couple, nicknamed The Daddies, surrendered to SolGyu / Seo Seung Jae Korea’s number 13 seed with a score of 11-21, 21-12, 21-13. “The stamina must have decreased, yes, the most visible in the second and third game. The opponents were not dead either. Our attacks have also declined. When we want to try again, their play patterns are ready,” Ahsan said. “They don’t give up easily, the defense is tight. In the first game they are too involved in our game. In the second game, they start playing defensively,” Hendra added. In the two series of tournaments they participated in at the Fuzhou China Open 2019 and the Hong Kong Open 2019 , the results achieved by Hendra / Ahsan were not bad. At the Fuzhou China Open 2019 tournament, Hendra / Ahsan stopped in the quarter-finals

So far the duo Ahsan / Hendra and Choi / Seo have never met each other. However, in terms of the superior list and BWF ranking, the Indonesian couple has a better position than their rivals. Regarding the opportunities in the final match later, Mohammad Ahsan gave a little response that they must be prepared to work harder, because the Shuttlecock character in this tournament has a rather slow pace. “Anyone who wants to fight should be ready to be tired, especially the ball is a little slow,” explained Mohammad Ahsan about their chances in the final.