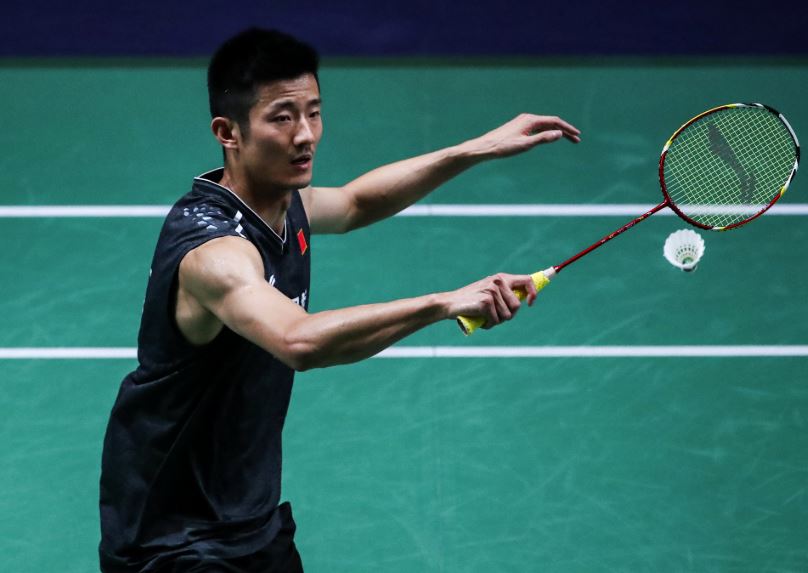 A great victory for Chen Long
China’s Chen Long became the first men’s singles player to win consecutive French Open titles since India’s Vimal Kumar in 1983-84 with his straight games win over Indonesia’s Jonatan Christie. It is Chen’s first title of 2019 and first in 12 months as he further cements his place inside the Top 8 of the HSBC Race To Guangzhou standings. Chen told media post-match: “I’ve won numerous titles in my career. This win might have taken a while but I’m still myself and doing my best. Of course, I’m happy to have won. I’ve played 10 matches in two weeks now, so I’m a bit tired. I didn’t show it but actually deep down I’m ecstatic with many mixed feelings.” The 21-19 21-12 win extends Chen’s winning streak over Christie to 8-0. “I didn’t overthink. This is a final and I’m sure he wants to win as well,” he said. “My aim was to just focus and play my game from the first point. I’m helpless if I feel tired towards the end of a match but what’s important is that I give my best when I still have the energy.”

The young raw talent wins!
Korean teen sensation An Se-young stunned reigning Olympic champion Carolina Marin in an epic final to lift the women’s singles title at the French Open badminton tournament. The 17-year-old Korean erased a one-game deficit to beat the three-time World Champion 16-21, 21-18, 21-5 in a gripping 69-minute contest. It was Se-young’s fourth title of the season and first at BWF Super 750 level as she further underlined her growth as a world class shuttler. Marin paid credit to her opponent and said it was still a good week for her.“I tried to win in two games because I knew going to a third would be tough. But she played really well and I just made too many mistakes in the second and third. It’s still a good week for me. I beat three top players in [Nozomi] Okuhara, Ratchanok [Intanon] and Tai. I will now analyse what happened and continue to improve my play,” Marin said.

An Se Young’s time has arrived. No longer is she just the next big thing in badminton. From the way she played today, she’s now one of the most feared athletes on tour. “I’m extremely happy. I worked really hard for the win. This is a great victory for me,” said An of the 16-21 21-18 21-5 result. “The fact I’m young helps me a lot because I don’t fear anything.” An is the youngest women’s singles winner of a Super 500 tournament or above on the HSBC BWF World Tour and joins the likes of Akane Yamaguchi, Tai Tzu Ying and Ratchanok Intanon as teenage winners of tournaments of such billing.

The Minions are still the best!
Satwiksairaj Rankireddy and Chirag Shetty finished runners-up after losing a one-sided final to World No. 1 pairing of Kevin Sukamuljo and Marcus Fernaldi of Indonesia. Satwik and Chirag lost out on an opportunity to become only the 2nd Indian doubles pair after Partho Ganguli and Vikram Singh in 1983 to win the French Open as they were outclassed in a one-sided final by the top seeds from Indonesia in Paris on Sunday. This was only Satwik and Chirag’s 3rd defeat in their 11th final on the tour. Notably, the Indian pair has lost all of its 7 meetings to Sukamuljo and Fernaldi. Satwik and Chirag struggled to keep up with the pace of Sukamuljo and Fernaldi in the opening game as the top-ranked pair raced to a 9-4 lead. The Indian pair, ranked No. 11, clawed back but were still trailing at the mid-game break. Satwik and Chirag were made to chase the game in the second half of the first game. Despite getting into some rhythm, they weren’t able to stop Sukamuljo and Fernaldi running away with the 1st game. The Indonesian pair were unstoppable in the 2nd game as well as they wrapped up the gold medal match 21-18, 21-16 in just 35 minutes.

It was a fine run for Satwiksairaj and Chirag Shetty in Paris as they had beaten World No. 2 pairing of Mohammad Ahsan and Hendra Setiawan in Round 2 before outclassing higher-ranked pairs Hiroyuki Endo-Yuta Watanabe and Kim Astrup-Anders Rasmussen. Satwiksairaj and Chirag missed the World Championships due to injury concerns but the Indian pair has been highly impressive in the ongoing season. Apart from winning their 1st ever Super 500 tournament in Thailand, the duo has been reaching the business ends of major tournaments on a consistent basis.

A victory for the Koreans in women’s doubles
Fifth seeds Lee So Hee and Shin Seung Chan got the better of compatriots Kim So Yeong/Kong Hee Yong in the all-Korean women’s doubles final to claim their first title since the Fuzhou China Open last year. Lee and Shin’s victory made up for their defeat against Kim and Kong at the Korean Open a month ago. “We’re really happy because we haven’t won in a very long time,” said Lee. “We learned how to restrict them. They are very aggressive but after our last final [in Korea] we worked out how to slow them down. I didn’t start so well. I wasn’t in good shape. But my partner helped me a lot to build my confidence and it’s thanks to her that we were able to win”

In the first set of Indonesian mixed doubles Praveen and Melati was attacked continuously by the Chinese couple. But the pursuit of teaching points had occurred in the last interval, but Pra / Mel must recognize the superiority of Zhang / Huang in with a score of 24-22. In the second set Pra / Mel had already evaluated the mistakes that had occurred before and the opposing players followed the pattern of the game that was applied by the Indonesian mixed doubles pair.