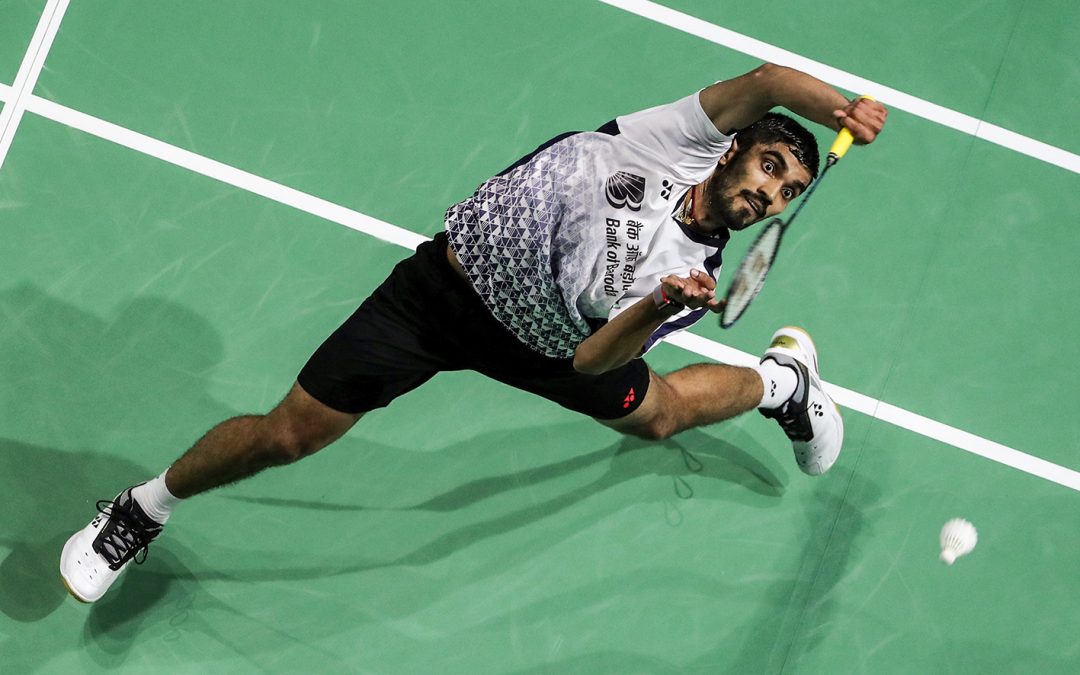 In 2007 (21 years after its creation) this tournament became one of the 12 stages on the prestigious BWF World Tour (the MetLife World Superseries),and this year the French Open is bringing together the 250 best players in the world.

Tough draw awaits Indian shuttlers
Fifth seeded Sindhu, who made early exits from China and Korea last month has been pitted against Michelle Li, who remains a tricky customer despite the fact that Sindhu has a 5-2 head-to-head record against the World no. 9 Canadian.
Coming back from a knee injury, Srikanth, who had claimed the title in 2017, will open against World no. 2. Chou Tien Chen of Chinese Taipei, who has defeated him twice in the last three meetings. The only time the Indian had managed to beat Chen was at the 2014 Hong Kong Open. The former World no. 1 Indian had withdrawn from China Open and Korea Open due to his knee injury.
World Championships bronze medallist Sai Praneeth will face the legendary Lin Dan in the opening round. The World no. 12 Indian has lost twice to the two-time Olympic champions from China in the past.

Men’s singles
Amongst the top-seeded are some of the worlds best players: Kento Momota, Chou Tien Chen and Shi Yuqi.
Momota is currently ranked worlds no. 1. He is known for his explosive movements on court and his unpredictable style of play. He has won several major badminton tournaments including two World Championships titles (2018 & 2019), two Asian Championships titles (2018 & 2019) and one All England title (2019). In the first round he will meet Taiwan’s Wang Tzu-wei who back in July managed to upset China’s Rio de Janeiro Olympic gold medal-winner Chen Long in two sets at the Thailand Open. He is currently ranked world no. 24.

Second-sedded is Chou Tien Chen who last year was defeated already in the first round of French Open. The world No. 4 Chou battled for 76 minutes against Rasmus Gemke of Denmark before falling 21-11, 18-21, 21-12. It will be exciting to see how far Chou can get this year – go go go!

Women’s singles
The top-seeded in this category are seen to be: Tai Tzu-Ying, Akane Yamaguchi and Nozomi Okuhara.
Tai had been the top women’s singles player almost continuously since December 2016, but she was overtaken by Yamaguchi, who won back to back champions in Indonesia and Japan earlier this year. In the first round she will meet Goh Jin Wei from Malaysia. Only 19 years old but ranked worlds no. 38 and has participated in a lot of international tournament, which will make this an exciting game to watch.

Akane is currently ranked worlds no. 2 and will in the first round meet Sayaka Takahashi who is ranked worlds no. 12. Akane made a quickly exit at this years World Championships where she suffered an upset defeat to 32nd-ranked Yeo Jia Min of Singapore in the second round. Yamaguchi has been suffering from a lower back injury which she is still recovering for. Yamaguchi experienced pain in her lower back after winning back-to-back titles at the Indonesia Open and Japan Open this year. The injury forced her to miss significant amounts of practice before the national team gathered for training camp. We look forward to see of Akane can bring her A-game in this tournament.

Men’s doubles
Very familiar faces are amongst the top-seeded pairs: Marcus F. Gideon/Kevin S. Sukamuljo, Mohammad Ahsan/Hendra Setiawan and Li Junhui/Liu Yu Chen.
Indonesia’s veteran men’s doubles pair Mohammad Ahsan and Hendra Setiawan nailed their third World Championships title after beating Japan’s Takuro Hoki and Yugo Kobayashi earlier this year. They will in the first round meet Ong Yew Sin and Teo Ee Yi from Malaysia.
Gideon and Sukamuljo won the 2017 All England Open Superseries Premier. They often referred as “The Minions” because of their height below average badminton players. He and Gideon were awarded the BWF Best Male Players of the Year for two years in a row after collected seven Superseries titles in 2017 and nine World Tour titles in 2018. They are currently rankes worlds no. 1.

Women’s doubles
Top-seeded in this category is Matsumoto/Nagahara, Fukushima/Hirota and Matsutomo/Takahashi.
Matsumoto and Nagahara were awarded as the 2018 Most Improved Player of the Year by the BWF. They obtained the honor after their win in the 2018 BWF World Championships title and improving their ranking from 14 to 3 in the world. In 30 April 2019, they reached a career high as a women’s doubles world No. 1.

Second-seeded and Japan’s world No. 2 women’s doubles pair Yuki Fukushima and Sayaka Hirota claimed their second consecutive Indonesia Open title with a 21-16 21-18 win over compatriots Misaki Matsutomo and Ayaka Takahashi earlier this year at the Indonesia Open. They have managed really well this year and it will be exciting to see them meet Chang and Kim from Korea who are currentlig ranked as worlds no. 13. It was Fukushima/Hirota’s third title of the 2019 HSBC BWF World Tour and sixth victory in nine matches against their compatriots.

Mixed doubles
Top-seeded in this category are Huang/Zheng, Puavaranukroh/Taerattanachai and Watanabe/Higashino.
In China recently, Huang and Zheng completed their conquest of Super 1000 events this year, notching their sixth title from seven finals in just eight tournaments entered. Their three Super 1000 titles in a calendar year – the first such achievement on the HSBC BWF World Tour – now presents a new frontier for other players and pairs who wish to join their elite company. As world champions, they are assured of their place at the season-ending finals in Guangzhou. The only pair to have really troubled them in 2019 is Thailand’s Dechapol Puavaranukroh and Sapsiree Taerattanachai – in the semifinals of the Singapore Open and Korea Open 2019 last weekend, leading to their only two titles of the season.