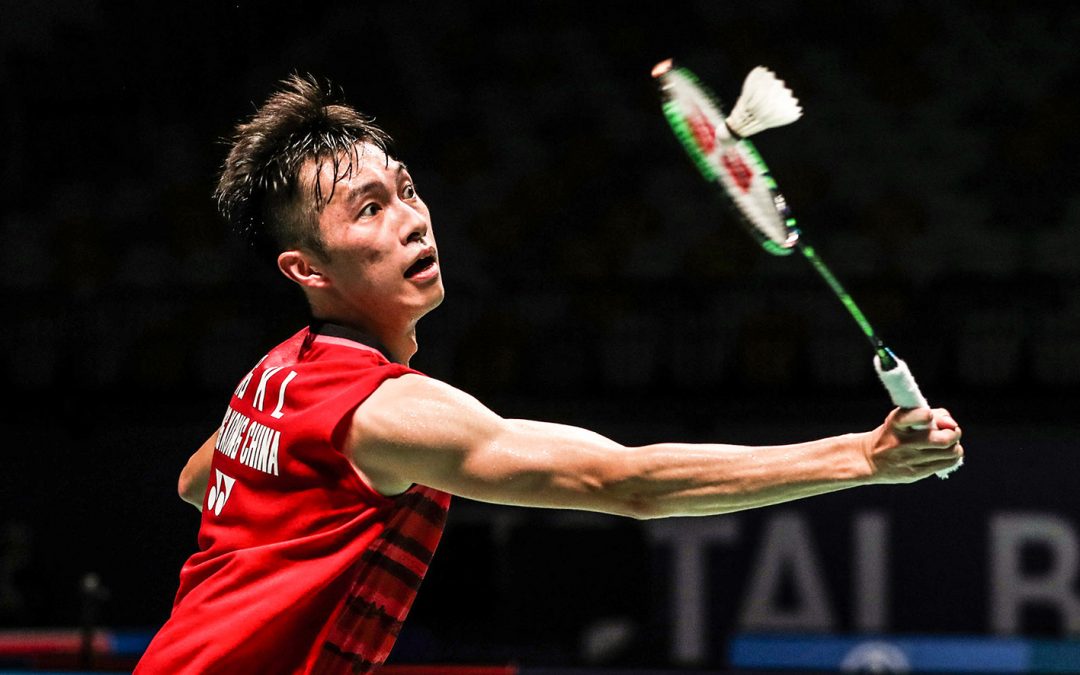 After the Indonesia Open, Japan Open, and Thailand Open, the 2019 BWF World Tour will come to Taiwan for the premier annual badminton competition of the country – Yonex Chinese Taipei Open 2019 – which is scheduled to be held from September 2 to 8 at the Taipei Arena.

The highest level international badminton event in Taiwan
The competition is not only the highest level international badminton event in Taiwan, but also one of the most crucial stops of the BWF world ranking, offering total prize money of US$500,000, setting the all-time high record of BWF Super 300. The number of athletes from around the world competing for Olympic qualification points and the prize money is unprecedented.
The competition features the world-class badminton professionals such as the most remarkable Malaysian mixed doubles sensation Goh Liu Ying and Chan Peng Soon (ranked 5th in the world); American women’s singles player Zhang Beiwen (ranked 10th in the world); Malaysian men’s doubles players Goh V Shem and Tan Wee Kiong (ranked 15th in the world); Indian men’s singles player Sameer Verma (ranked 13th in the world), and Michelle Li from Canada (ranked 15th in the world), who just made it to the semifinals at the Japan Open.

Seedings in the women’s singles
Saina Nehwal from India is top-seeded and currently ranked worlds no. 8. in women’s singles. A former world no. 1, she has won over 24 international titles, which includes eleven Superseries titles. Although she reached the world’s 2nd in the 2009, it was only in 2015 that she was able to attain the world no. 1 ranking, thereby becoming the only female player from India and overall the second Indian player – after Prakash Padukone – to achieve this feat. She has represented India three times in the Olympics, winning a bronze medal in her second appearance. In the first round, she will meet An from Korea. Second-seeded is Michelle Li from Canada. Li is the 2014 Commonwealth Games champion and the first Canadian to win an individual gold medal in women’s singles badminton at the Commonwealth Games. She has won gold in both singles and doubles at the Pan American Games, and won the singles and team event titles from the Pan Am Badminton Championships. She is currently ranked as worlds no. 9 and will with no doubt strive to win. Third-seeded is American Zhang Beiwen.

Seedings in the men’s doubles
Top-seeded in this category is Alfian and Ardianto from Indonesia. They clinched the men’s doubles bronze at the 2017 Southeast Asian Games. In 2018, Ardianto and Alfian successfully compete on the BWF World Tour, and won the titles at the Malaysia Masters. Second-seeded is Yang and Chi-lin from Chinese Taipei. Lee Yang was paired with Lee Jhe-huei, while Wang Chi-lin was paired with Chen Hung-ling, who is now a coach. Lee Yang and Wang Chi-Lin won their biggest title as a pair, holding off Angga Pratama/Ricky Karandasuwardi for the men’s doubles crown at the Yonex-Sunrise India Open and now they are ready to compete for a place on the podium yet again. Lastly and third-seeded we see Soh and Chia from Malaysia. They were the All England Open finalist in 2019 in july they broke into the top 10 of the Badminton World Federation world rankings for the first time in their career. Boosted by the newfound confidence, Aaron-Wooi Yik wants to continue achieving new heights as they resume their quest for a spot in next year’s Tokyo Olympics. “Breaking into the top 10 did not come as a surprise to us because it was our target from the start,” said Aaron. “But as we are in the thick of the Olympic qualifying period, it definitely is a huge motivation for us to continue doing well.” In the first round they will meet Lin and Tseng from Chinese Taipei – a match they are expected to win.

Seedings in the women’s doubles
Top-seeded in this category is Polii and Rahayu from Indonesia. It takes guts to enter into a new doubles partnership. It means starting from fresh at the bottom of the rankings and learning a new person’s strengths. Polii was the senior player matched to the young raw Rahayu; it was a new dawn for her and a golden opportunity for her new partner. When the Indonesian team was restructured at the end of 2016 new combinations of players were tried out in the women’s doubles camp. It was a shake up for both of them. Inevitably at the start there were failures as they put in the hard yards. All the training and planning that goes into elite sport is well-known but there’s no substitute for playing in match conditions under pressure. As they competed, they clicked and success came surprisingly quickly.

Second-seeded is Lee and Shin from South Korea who will meet Istarani and Kusumah from Indonesia in the first round. Third-seeded is Kim and Kong also from South Korea. Earlier this year the then unseeded Korean pair powered their way through the deepest field at the Barfoot & Thompson New Zealand Open, winning the final 21-15, 21-18 over the second-seeded Japanese combination of Misaki Matsutomo & Ayaka Takahashi. Having never beaten a Japanese combination before, this was a watermark tournament for the world 30th ranked pairing, having already disposed of the top-seeded Japanese in the semi-finals in a marathon match that had left them exhausted.

Seedings in the mixed doubles
Top-seeded is Chan and Goh from Malaysia. They have been consistently ranked among the top 10 mixed doubles player in the world and were ranked as high as world No. 3. They won the silver medal at the 2016 Summer Olympics. they will meet Chang and Weng from Chinese Taipei in the first round. Second-seeded is Seo and Chae from South Korea who is currently ranked no. 7 in the world. Third-seeded is Faizal and Widjaja from Indonesia.

Another record will be set for this year’s competition because 8 players, including Chou, Wang Tzu-wei, Wang Chi-lin, Lee Yang, Liao Min-chun, Su Ching-heng, Lu Ching-yao, and Yang Po-han, will be unveiling the Yu Shen Tong Xing Line stickers for the sake of public welfare. The Chinese Taipei Badminton Association (CTBA) invited Cancer Fighter and Artist Pupu555 – a longtime supporter of sports in Taiwan – to personally design the stickers for the Chinese Taipei players. Expected to be launched on August 20, the proceeds of the sale of the stickers will be donated to Taiwan Osteosarcoma Caring Association. Badminton fans are encouraged to download the stickers to support badminton and charity.

Get an overview of the full draws here