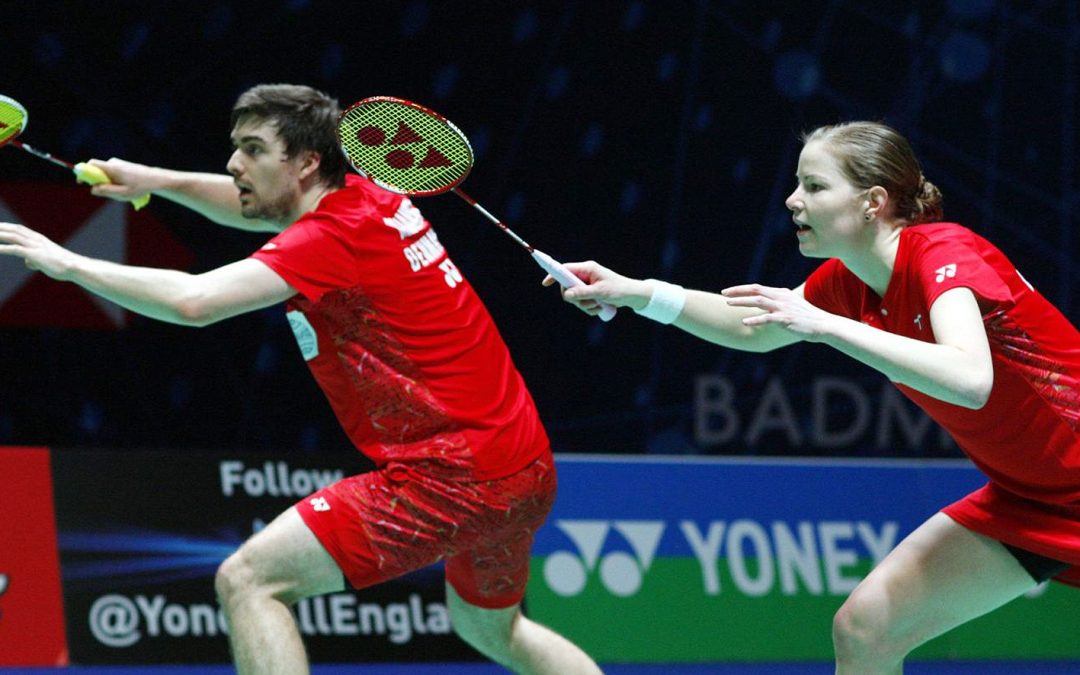 With a ranking as number 40 in the world Satwiksairaj Rankireddy and Ashwini Ponnappa has had an impressive tournament so far after beating two seeded pairs already.

Today they were up against the top seeded Chinese pair, Zheng Siwei and Huang Yaqiong, and this time the Indians couldn’t deliver another surprise. The strong Chinese duo only needed 36 minutes to secure themselves a set of medals and won comfortably in two games, 21-17 21-10.

Runners-up from the 2016 Rio Olympics, Chan Peng Soon and Goh Liu Ying from Malaysia, had to beat Hong Kong’s Tang Chun Man and Tse Ying Suet if they wanted their first World Championship medals but they weren’t off to a good start. From 9-9 Tang and Tse suddenly rocketed off and closed first game 21-12. After changing sides the Malaysians gained control and via 6 consecutive points in the middle of second game they got a comfortable lead of 15-6, which they didn’t let go. 21-11 for Chan and Goh, and we needed a third decisive game.

Here the two left-handers from Hong Kong didn’t look back. They were one step ahead all the way and secured the third World Championship medal in history for their country while there was nothing to do for the Malaysians. 21-10 for Tang and Tse and exit for Chan and Goh for now.

Close but no cigar for the Danes

Mathias Christiansen and Christinna Pedersen were – like all Danes today – up against local opponents as they were facing China’s Zhang Nan and Li Yinhui. The Danish duo had a good lead of 11-7 at interval and everything looked pretty fine. But Zhang Nan is not Mr. Nobody so after a few minutes he and Li Yinhui had taken the next 6 points and from there they cruised to a secure 21-15 win in first game.

Second game was much more exciting and you were sitting with an expectation that this could very well become a match that had to be decides in three games. Christiansen and Pedersen were up 15-12 and 17-14 but they couldn’t keep the pace. Once again the strong Chinese came back and they took the victory 22-20. Zhang Nan hereby secured his 6th World Championship medal while it will be Li Yinhui’s first as a senior.

In the last match of first session of the quarterfinal day, England’s married couple, Chris and Gabrielle Adcock, was seeking revenge against China’s second best mixed double, Wang Yilyu and Huang Dongping. The Chinese had won their last match at the Superseries Finals in 2017.

It didn’t start well for the Brits though and they were lacking behind all the way through a first game, which Wang and Huang controlled from first point. The Chinese bagged the game 21-13 and the Adcocks were off to a new start in second game. With the help of 5 consecutive points it was an 11-8 lead for the English pair at interval and it began to look good. But Wang Yilyu and Huang Dongping wanted it differently. They came back and won the remaining part of the game 13-7 giving them a total score of 21-18. One more medal is secured for China and the Adcocks will not add a medal to their collection this year.