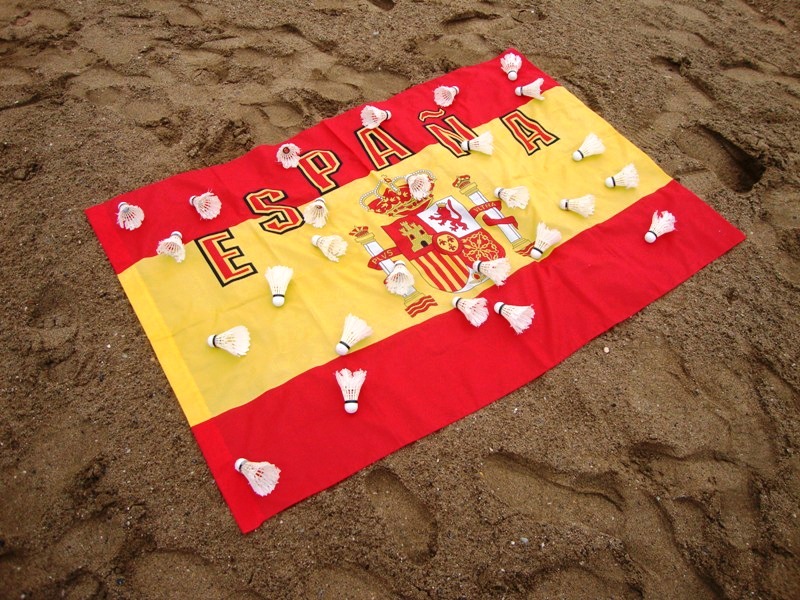 The biggest success for host nation Spain was in women’s single where their players delivered a hattrick. Only one more Spanish player survived first round at Spain Masters, and then Denmark had quite some success in the singles as well. Vamos!

The young Spaniard was up against Lauren Lam from USA and the American bagged first game 21-18 after leading most of the way. In second game Lam also started best but things were turned around when Peñalver was four points ahead towards the end of the game. It was nevertheless the American who got her first match point at 20-19 and once more at 21-20. Peñalver came back though and won the game 23-21.

6-1 and 13-9 for Lauren Lam indicated yet again an early exit for the Spanish girl but as we all know, it ain’t over until a certain lady sings. A nice comeback and a strong finish with 5 consecutive points gave Sara Peñalver Pereira the victory with 21-17 and a ticket into second round tomorrow.

One down, two to go

Beatriz Corrales was next Spaniard up in women’s single and she met the German champion, Luise Heim, who she has beaten twice before. Corrales is seeded 8 in Barcelona and was also the favorite to win the match today.

She was off to a shaky start though and Luise Heim was up with a 7-2 lead before the Spaniard slowly initiated a comeback. From 13-13 Beatriz Corrales closed the game with 8 consecutive points. She had overcome the shaky start and continued controlling the match in second game where she quickly went up 4-1 and went to interval at 11-5. The German however came back into the game and nearly closed the gap between the two. They played a few rallies with only one point difference but at the end Corrales proved stronger and claimed the ticket into next round with 21-15.

Two down, one to go

Clara Azurmendi didn’t get the start she wanted as she had to see French Marion Le Turdu, who is ranked 1018 in the world, take first game 21-18. Le Turdu was in control and led the game nearly all the way.

But first game was false hope for the French girl. In second and third game Azurmendi set things straight – after a shaky start in both games though – and the Spaniard secured a hattrick for her country in women’s single as she won the remaining two games 21-13 21-12.

Germany’s day in women’s single was with limited success as only one of their girls made it into next round. Yvonne Li who ranks 62 in the world got a very nice win over England’s Chloe Birch, ranked 48. Li won in straight games, 21-17 21-12, and will face Sara Peñalver Pereira tomorrow.

The two other Germans lost. Luise Heim as mentioned above, and then Fabienne Deprez fell short against Denmark’s Line Kjærsfeldt, seeded 7 in Barcelona. Kjærsfeldt had a 2-1 head-to-head lead before the match today and added one more victory to her statistics with a straight game win of 21-12 21-18.

Line Kjærsfeldt’s win was the beginning of a successful day for the Danish women’s singles. Four out of five won their matches, including Mia Blichfeldt, Michelle Skødstrup and Danish champion Mette Poulsen. Only Julie Dawall Jakobsen was eliminated on first day of the main round but she also had a tough draw against number 2 seed, Sayaka Takahashi from Japan, who ranks 13 in the world.

Last women’s single of the day was a battle between two of the highest ranked players in Barcelona, Minatsu Mitani from Japan and Pornpawee Chochuwong from Thailand. The two are ranked 25 and 18 respectively and had their first ever encounter today. It was Mitani who left the court with the biggest smile as she won in straight games, 21-14 23-21, even after being down with one game point against her in second game. Thailand’s other women’s single, Busanan Ongbamrungphan, delievered as expected today as she passed by Kate Foo Kune from Mauritius with a comfortable win of 21-10 21-7.

Quick news from the other categories…