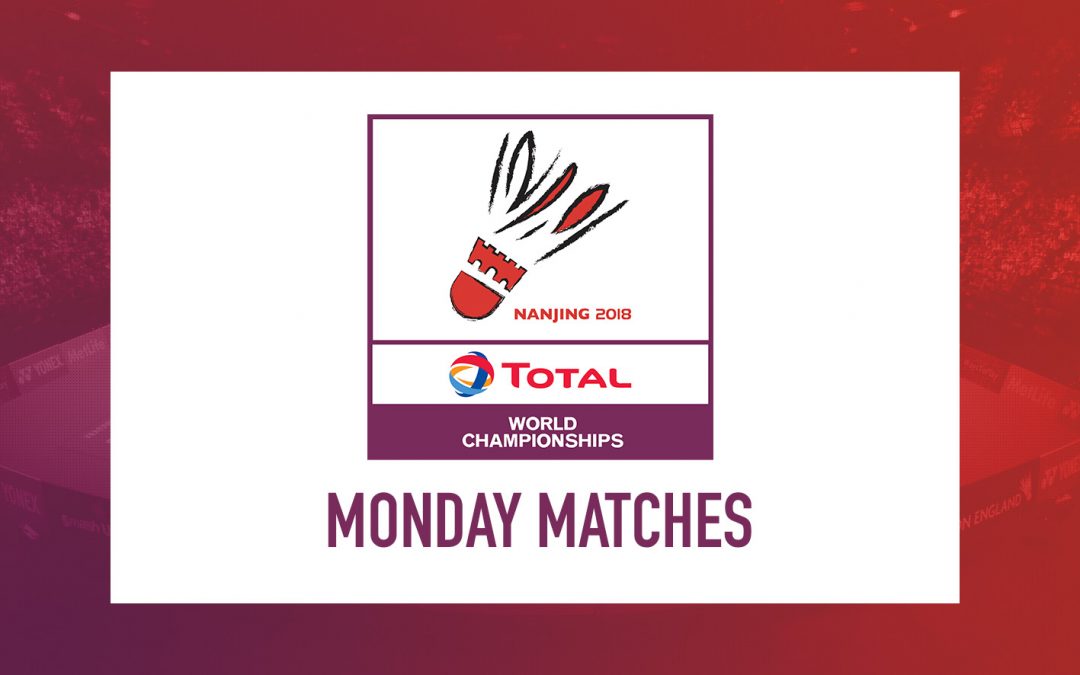 First day of the 24th World Championships is now over and it was a day that went almost as expected. No major upsets where top seeded players lost unexpectedly, however, we did see a few smaller surprises where the favorites were on the losers’ side.

Two of these were in mixed double where the Danes Niclas Nøhr and Sara Thygesen (ranked 23) were up against Indian pair Satwiksairaj Rankireddy and Ashwini Ponnappa (ranked 39). The Indians delivered an explosive start and bagged first set in no time by 21-9. After adjusting their tactics after the break the Danes put themselves in a good situation with 3 game points at 20-17 but with 5 points straight to Rankireddy and Ponnappa it’s them who are ready for second round.

Ronan Labar and Audrey Fontaine from France, ranked 27, couldn’t deliver as expected either when they faced Tuan Duc Do and Nhu Thao Pham from Vietnam who are ranked 52. It was a close match though and after nearly an hour of playing, the Vietnamese had booked their ticket to next round with 17-21 21-18 21-17.

In men’s single Brazil’s Ygor Coelho (ranked 39) was up against Wong Wing Ki Vincent (ranked 22) from Hong Kong. The two played two extremely close games to begin with – Coelho won first game 22-20 and Wong won second game 21-19 – and we could expect third game to be just as close. But unfortunately the match finished with a withdrawal from Wong Wing Ki Vincent at 11-4 for the Brazilian who will face India’s Prannoy in next round.

Chloe Birch from England made one of the day’s two surprises in women’s single when she beat Spain’s second best woman, Beatriz Corrales, in two games. Germany’s Fabienne Deprez delivered the other surprise with her win against Evgeniya Kosetskaya from Russia, also in two games.

Seeded players did their job

Apart from this the rest of today’s matches went more or less as predicted and all the seeded players who were in action today won their matches as well. It was only in men’s single we saw any of the seeded players today and several of the top favorites for the title went on court already in the early morning.

Local heroes Shi Yuqi, Lin Dan and Chen Long all won fairly easily in straight games and Huang Yuxiang completed the Chinese success with his win later in the afternoon. Reigning world champion from Denmark, Viktor Axelsen, also had an easy day at the office, which he could use to get used to the huge arena in Nanjing. In only 26 minutes he had sent Duarte Nuno Anjo from Portugal out of the tournament.

Finally Prannoy from India and Ng Ka Long Angus from Hong Kong concluded a 100% win for the seeded players of today and they are all through to second round.

Something for the nerds!

A little statistic for the badminton nerds out there…

Day 1 at the World Championships gave us:

You can see the results from today’s matches here