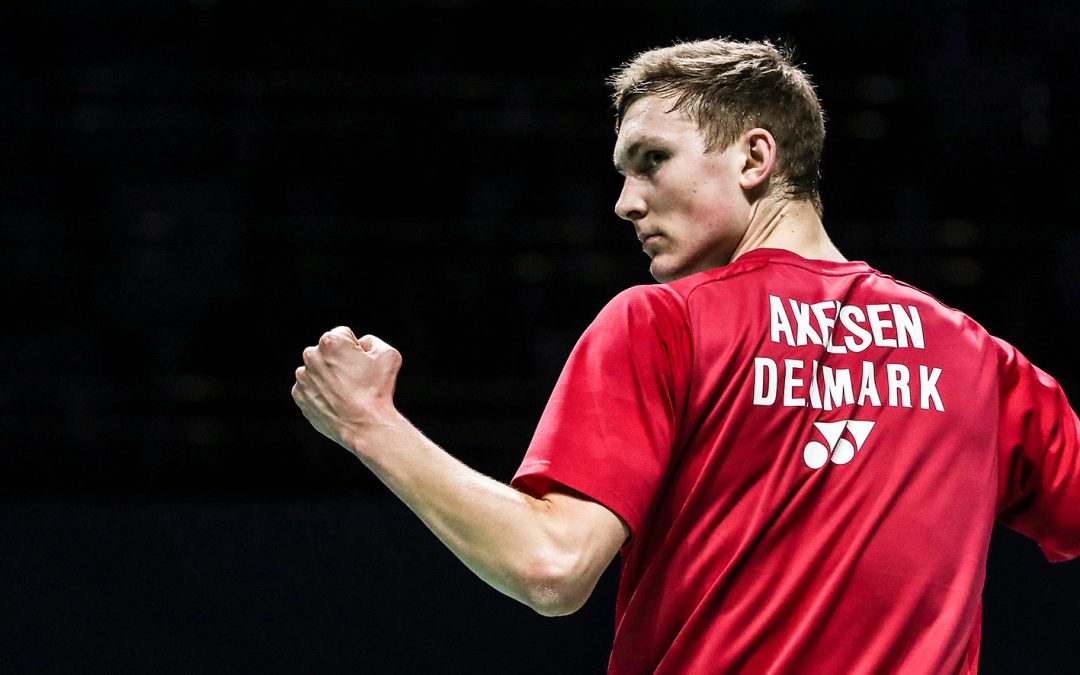 Reigning world champion Viktor Axelsen seems to be in very good shape, both physically and mentally, as he cruised into third round with another win today.

The top seeded Dane was facing Huang Yuxiang from China in his second round match and the two shuttlers were playing a very close first game up to 16-16 when the match got suspended by the German referee Carsten Koch.

Reason for the suspension was that oil from the air condition in the ceiling was dripping down on the court, something that caused a potentially dangerous situation on Axelsen’s side of the net. The players are always very cautious when there is any kind of liquid on the court – it may be water, sweat or in this case oil. One wrong step and they can slide and get badly injured so the referee was called on court and quickly decided to suspend the match.

Axelsen and Huang were playing on court 1, which is one of the TV courts with hawkeye. To avoid the two players having to wait until the problem over the court got fixed, the match was moved to the free court 5 to avoid further challenges in the double sense of the word; no more challenges with the oil, and no more challenges for the players as there is no hawkeye on court 5.

It was the world champion from 2017 who handled the change best. He nailed first game 21-17 and didn’t look back in second game at all. It was a frustrated Chinese who couldn’t keep up with his good level in the beginning of first game and he had really no chance after they change to the new court. Axelsen cruised into third round with 21-8 where he will face the winner of Ng Ka Long Angus vs. Raul Must who play later today.

* due to delay caused by the suspension