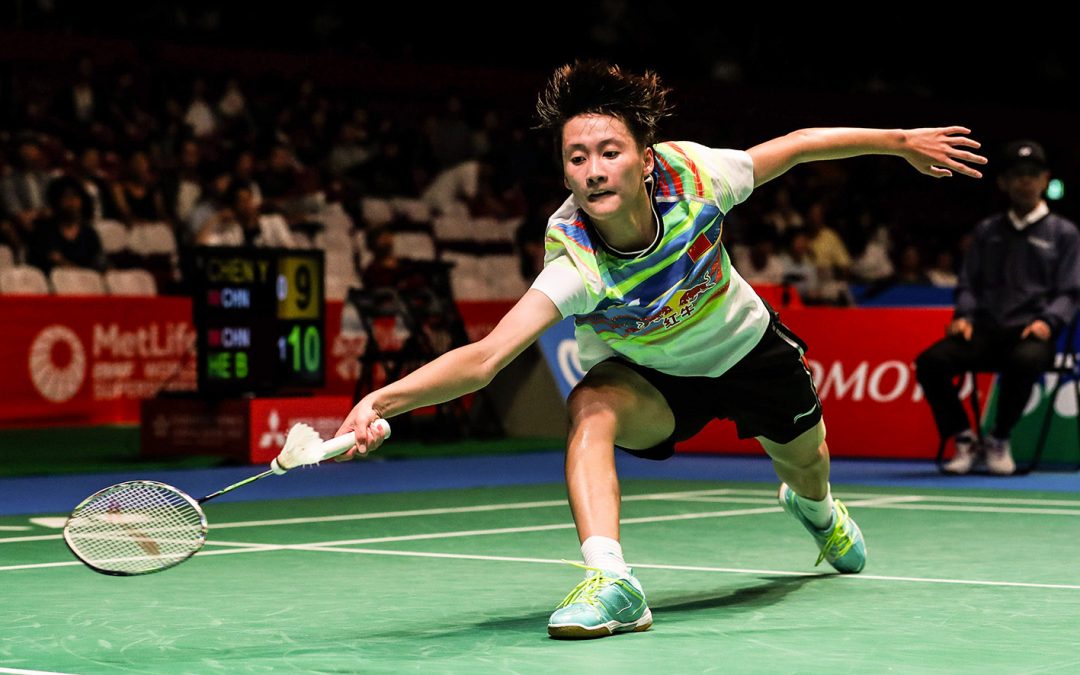 A historic day for Indian badminton!
Unseeded Indian shuttlers Satwiksairaj Rankireddy and Chirag Shetty defeated reigning world champions Li Jun Hui and Liu Yu Chen of China to win their maiden Super 500 men’s doubles title. Satwiksairaj Rankreddy and Chirag Shetty created history earlier today as they became the first Indian doubles pair to win a Super 500 title. The unseeded Indian duo stunned reigning world champions Li Jun Hui and Liu Yu Chen in the final of Thailand Open to win their biggest career title on the BWF tour. Satwiksairaj and Chirag took the Chinese world champions by surprise with their approach and won the final 21-19, 18-21, 21-18 in an hour and 2 minutes at the Indoor Stadium Haumark in Bangkok. Notably, The 16th-ranked Indian men’s doubles pair had beaten former world champions Ko Sung Hyun and Shin Baek Cheol in the semi-final on Saturday. With the win, Satwiksairaj and Chirag will enter the top 10 of BWF men’s doubles rankings for the first time in their careers.

Heading into the big final, Satwik and Chirag were the underdogs as they were up against the 2nd seeds and the reigning world and Thomas Cup champions Li and Liu. However, the youngsters from India did not care about reputations as they tested the Chinese pair with some fine teamwork on the court. Satwik and Chirag were up 10-6 in the first game as the duo kept charging to the net and putting pressure on the established Chinese pair. The two Indian shuttlers kept their composure at nervy moments towards the end of the first game before taking it 21-19. The Indian duo though was not able to hold their nerves when they had the opportunity to finish the match in straight games . Momentum is a big thing in any sport and in badminton it has a decisive effect. That’s why when Li and Liu raced to a 6-3 lead in the deciding game, it looked like they were going to run away with the match. However, Satwik and Chirag showed immense girt and determination to claw back into the match and seal it with their first match point. Satwik, who is known for his powerful jump smashes, wonderfully mixed it up as he was quite effective at the net as well. Flick serves, powerful smashes and what not. The 18-year-old Indian shuttler was at his absolute best on the big day in Bangkok. Meanwhile, Chirag Shetty controlled the rallies wonderfully well from the front court and charged to the net whenever there was an opportunity to put pressure on the Chinese pair. Shetty’s defence and net play peaked towards the end of the deciding game. The two Indian shuttlers were delighted as they hit the winner. There was excitement so much so that that they forgot to complete the customary post-match duties. “Yesterday, I was crying in the room,” Satwik said, when asked to comment on the emotions on finals day.  “I didn’t imagine I would beat the Korean players whose games I used to watch on TV. When I was young, I used to say ‘I have to play like Ko Sung Hyun’.  Those small, small things. And then again today in the third game, 11 points, I was thinking ‘Oh, I am playing finals.  Okay, come on!  Alert, alert.”  It’s like, we are almost beating the World Champions, so I was thinking ‘Okay, be free, no pressure’.”

A tight match in the men’s singles
Taiwan shuttler Chou Tien-chen clinched the men’s singles title at the Thailand Open badminton tournament Sunday in a thrilling final against Hong Kong opponent Angus Ng Ka Long. Both players collapsed after third-seed Chou eked out victory 21-14, 11-21, 23-21 in a 67-minute match at Bangkok’s Indoor Stadium Huamark. “I love you guys, thank you,” the 29-year-old winner told the crowd in an on-court interview. The victory marked the season’s second championship title for Chou, the World’s No. 3 ranked player, after he bagged his first trophy at the Indonesia Open in July.

Japan won gold in the women’s doubles
In the opening match of the afternoon, China had its first of four chances at a Thailand Open title.  Four years ago, Li Yinhui had her first bit of luck in Thailand when the Thailand Open became her first major title.  Then aged only 18, and playing with Huang Dongping, Li won the Grand Prix Gold event by winning the final against half of each of this year’s bronze medallists, Chang Ye Na and Lee So Hee. A lot has happened since then.  Li Yinhui has been ranked as high as #3 in the world with Zhang Nan in mixed doubles and at #7, she and Du Yue – half of the last Chinese pair to win a Thailand Open title – are now close to their career high ranking in women’s doubles.  Titles have not come as easily to them, though, despite some promising appearances in finals, most recently at the Malaysia Open this past spring. Du won her first Super 500 title in mixed doubles at the Korea Open last autumn but even in mixed, Li hasn’t won since the four she took while still a teenager.  The Chinese pair certainly looked both hungry and capable but once again, it was not to be and they had to settle for silver.  After a close opener, the two pairs traded one-sided games and it was that 21-19 result to start things off that was decisive.

Shiho Tanaka / Koharu Yonemoto aren’t exactly prolific title-winners either.  2017 marked their first Superseries title, and they reached one additional final, then won the Superseries Finals title in Dubai.  And that was their last title at any level, until today. “We lost last week in the first round so we really tried our best to get the championship this week,” said Shiho Tanaka after the match. “This Chinese pair is very fast,” said Koharu Yonemoto, “so we had to concentrate in order to avoid making errors and we tried to make the rallies longer.  The second game was not a good performance for us but we concentrated better in the final game.”

Ratchanok dissapoints in the womens singles
Thai women’s singles star Ratchanok Intanon failed to bring home the winner’s trophy, much to the dismay of the partisan Thai fans, but Chinese Taipei’s Chou Tien Chen helped to lessen the disappointment with an exciting come-from behind-win that had the Huamark Indoor Stadium rocking. After trailing for much of the first game, Chen was able forge ahead 17-16, fight off an Intanon challenge at 20-all, and win the game 22-20. Chen then closed out the match by winning the second game, 21-18. Intanon, who now has a 2-9 record against Chen, was asked why she has such a difficult time against the world’s 4th ranked Chen: “It is not easy for me in the final and I know that she always plays a calm game with me, and sometimes I try to play with more speed and sometimes also play many unforced errors. “When I feel mistakes, I try to push more, sometimes I cannot control, I just try to play my best and try to enjoy the game, but I don’t feel happy with my performance today, but it’s okay.  It’s not my day.  Next time I will try to do my best.” Asked if she feels she will be the favourite going into the upcoming World Championships and how she feels physically, Chen replied, “Winning this championship gives me more confidence in my upcoming matches.  I played three consecutive tournaments so it drains my body, I’m probably not at my physical best at the moment.”

Get an overview of all today’s matches here