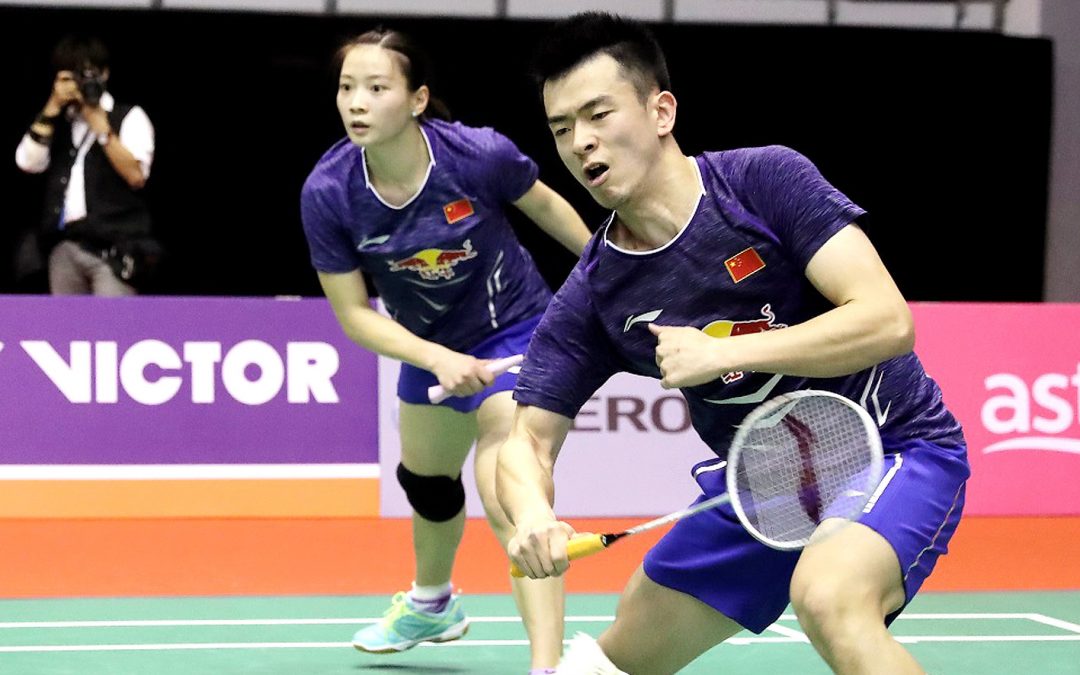 The 2019 Thailand Open, officially TOYOTA Thailand Open 2019 is a badminton tournament which will take place at Indoor Stadium Huamark in Bangkok, Thailand from 30 July to 4 August 2019 and has a total purse of $350,000.

A new chance for the top-seeded Momota in the men’s singles
Top-seeded in this category is no other than Kento Momota who is currently ranked worlds no. 1. He will aim to bounce back from his disappointing exit at the Indonesia Open after he suffered an early defeat at the hands of unfancied Chinese player Huang Yu Xiang. He will meet Dey from India in the first round.
How and if Shi Yuqi who is second-seeded is going to play in this tournament is questionable due to the ankle injury he got against Anders Antonsen in the Indonesia Open. At the 2017 All England Open, he defeated 6-time champion Lin Dan to reach the final, and repeated the same feat again at the 2018 All England Open, where he outclassed Lin Dan in the tournament final, winning the most prestigious tournament of his career – very sad if we do not get to experience his brilliant play.
Tien Chen is third-seeded in this category and is currently ranked worlds no. 3. He won the men’s singles at the Indonesia Open badminton tournament 3 days ago which was his first title in a Super 1000 level event. The feat made him the first Taiwanese to win the title in the tournament’s 38-year history. In the first round he will meet Lee from Korea who is ranked worlds no. 29. This will definitely be an exciting match to experience due to the fighter mentality we experienced from Chen in the Indonesia Open – Will he be able to match his level from that tournament?

Is the winner among the top-seeded in the women’s singles?
Top-seeded and currently ranked worlds no. 4. – you guessed right – Yu Fei from China. In 2017, she was awarded as the Eddy Choong Most Promising Player of the Year and the reason is clear to see when you see her on court. Despite her current loss to Sindhu in the Indonesian Open it will be exciting to experience Yu Fei on court in the first round against An from Korea who is ranked worlds no. 44.
Okuhara is second-seeded in the tournament. She is well known for her speed, agility and endurance. She won a bronze medal in the 2016 Olympics. She became the 2017 world champion in Glasgow, Scotland after defeating India’s P. V. Sindhu in the finals. In the Indonesia Open she lost in straight sets to Sindhu – Who will take the victory this time? Sindhu is fourth-seeded in the tournament.
Third-seeded is Yamaguchi from Japan. She is ranked as world no. 2. and will in the first round meet Kosetskaya from Russia. The latest victory of Yamaguchi is her win against Sindhu in the Indonesia Open where she became the champion. First-ever Super 1000 title for Yamaguchi, and third this year. She has already won the German Open, Asian championship and Malaysian Open in 2019.

The Minions are to be beaten in the men’s doubles
The worlds no. 1 pair in men’s doubles and also top-seeded in the tournament is Gideon/Sukamuljo from Indonesia. The pair were recognised as the most outstanding players, and awarded as the BWF Best Male Players of the Year for two years in a row after collected seven Superseries titles in 2017 and nine World Tour titles in 2018. They are often referred to as “The Minions” because of their height below average badminton players. They will meet Ivanov and Sozonov from Russia in the first round.
Kamura/Sonoda from Japan are second-seeded and are currently ranked worlds no. 3.
Li/Liu from China are third-seeded and ranked worlds no. 2. They unfortunately lost to the Minions in the Indonesia Open Final due to a lot of mistakes and bad service returns. Both mistakes that hopefully they will make up for in this tournament where they will meet Inoue and Kaneko from Japan who are ranked and worlds no. 19.

Womens doubles
Nagahara/Matsumoto from Japan are top-seeded and currently ranked worlds no. 2. They were awarded as the 2018 Most Improved Player of the Year by the BWF and will in the first round meet Supajirakul and Taerattanachai from Thailand.
Hirota/Fukushima are second-seeded and currently ranked as worlds no. 1. Yuki Fukushima and Sayaka Hirota defended their Indonesia Open women’s doubles title last weekend by defeating Japanese compatriots and reigning Olympic champions Misaki Matsutomo and Ayaka Takahashi who are third-seeded in this tournament. Matsutomo and Takahashi has experienced different result in the last year. They won the women’s doubles for Japan’s first Olympic gold in badminton in Rio de Janeiro, but suffered a shock defeat on the first day of the All England Open Badminton Championships earlier this year. It will therefore be exciting to see if they can live up to their current rank as worlds no. 3

Mixed doubles
Zheng/Huang are top-seeded. They are the reigning world champions and Asian games gold medalists as of 2018 and will in the first round meet Matsutomo and Kaneko from Japan.
Wang/Huang are second- seeded and currently rankes world no. 2. They have been doing amazing in the past 2 years. Even they were nicknamed the world badminton monsters. Because, this year alone from 24 matches they only lost once. They lost when they faced Dechapol Puavaranukroh / Sapsiree Taerattanachai in the 2019 Singapore Open semi-final. Will they be able to make it all to the final? We’ll see!
Watanabe/ Higashino are third- seeded. They won the Super 1000 tournament at the 2018 All England Open in the mixed doubles event and has been performing over all great in 2019.

Get an overview of the champions from last year below: