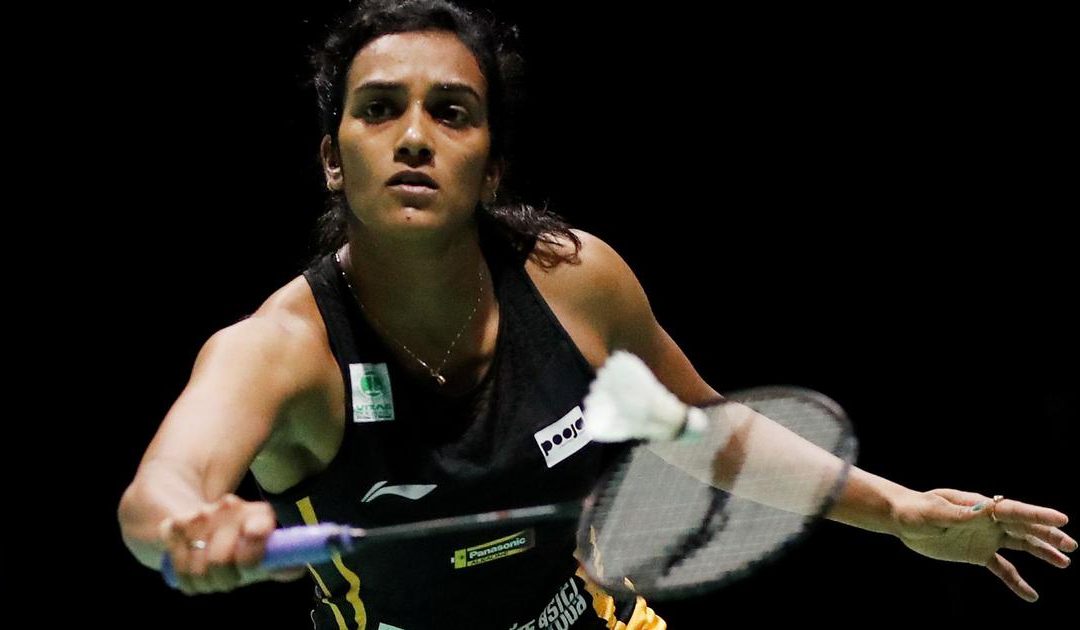 In today’s finals, history was being written, top-seedings proved their worth and all in all a great day for badminton history – get an overview of the finals 2019 here!

Sindhu has created historic win for India
PV Sinhu scripted history by winning India’s first-ever gold in World Championships. Sindhu, who lost in the finals on last two occasions, defeated Japan’s Nozomi Okuhara in straight games 21-7, 21-7 in just 36 minutes. Sindhu dominated the game right from the word go. She used her height to push Okuhara back and forth throughout the match, leaving her with little or no answers. “I dedicate this award to my mom, it’s her birthday today. Happy birthday, Mom”, Sindhu said. Sindhu is also the second women shuttler to have five medals and the third to have medals in all three colours.
Two years after losing to Okuhara and one year after being beaten by Carolina Marin Sindhu finally achieved the unachievable. Delighted after winning, Sindhu said, ” Last time i lost the finals before that also losing the finals… and its a very very important win for me. I thank the crowd for supporting me day in and day out!”

The first game started with a 22-shot rally but that was the only moment which gave some hope to Okuhara. Thereafter it was the rampaging Sundhu all the way. She stamped her authority quite early in the match with an eigh-point burst to move into 8-1. A stunned Okuhara earned her second point then. But that 8-point changed the complexion of the game and later the match. Sindhu stuck to a strategy of pushing the shuttle to the back of the court and smashing hard whenever she got an opportunity. Okuhara tried to drag her near the net but Sindhu was up to it as she retrieved quite well at the net. At 16-4 Sindhu produced a delightful crosscourt drop which kissed and moved down the net. The first game ended with a power-packed smash that almost hit Okuhara. The second game wen on the same lines. Though Okuhara tried hard to stay Sindhu has raised her game to unexpected levels and took the opponent by the scruff of the neck.

Prakash Padukone became the first Indian to win a medal in World Championships with a men’s singles bronze in the 1983 edition while Saina Nehwal bagged a silver and a bronze in 2015 and 2017 respectively in women’s singles. Sindhu has also won an Olympic silver in 2016 Rio Games, a silver at Gold Coast Commonwealth Games, an Asian Games silver at Jakarta and the BWF World Tour Finals last year. With Sindhu’s gold and Praneeth’s bronze in this edition, Indian shuttlers also continued the six-year streak of winning at least one medal in the prestigious event. “I am really very happy. I have waited for this victory and finally I have become a world champion!”. It was Sindhu’s fifth World Championships medal – most be a female singles player alongside Zhang Ning of China.

Momota retains the title at men’s singles
There are top-class players and then there is Kento Momota. The Japanese wizard has answers to almost everything on the court, trouncing opponents left, right and centre with a menacing approach. In a game of uncertainties, Momota’s domination is inevitable. Since returning from the ban in mid-2017, he has won 17 titles — one World Championships, two Asian Championships, eight World Tour titles, three Grands Prix, four International titles and has reached No 1 in a matter of a few months. Momota’s level of consistency is unrivalled. Out of all the matches he’s played in Basel, not one has been a three-game affair. None of his opponents even dared to dig deep for three games. Top seeded Kento Momota successfully defended his men’s singles title at the Badminton World Championships with a comfortable victory over Denmark’s Anders Antonsen here on Sunday. The 24-year-old world number one took only 38 minutes to win 21-9, 21-3.

In doing so, Momota became only the fourth player to win back-to-back titles on a short, all-Chinese list that includes Yang Yang, Lin Dan and Chen Long. Momota’s form at the tournament was certainly reflected in the scorelines. The 24-year-old breezed through to the title without dropping a single game, and his 21-9, 21-3 thumping of the Dane set a record for the best ever winning score at a World Championship final. “I’m incredibly happy,” Momota said. “It’s been a very tough road since training camp, but I was able to endure a very hard training regimen by staying focused on my desire to win no matter what.” Antonsen had been the only player to take a game off Momota at last year’s worlds and had defeated Olympic champion Chen Long of China in the quarterfinals.

History was also made in the doubles
On the final day of the world championships, Nagahara and Matsumoto made history by defending the women’s doubles title they won last year in China. The top seeds beat compatriots Yuki Fukushima and Sayaka Hirota 21-11, 20-22, 23-21 in 1 hour, 25 minutes in the day’s first final. Last year, Nagahara and Matsumoto trailed 18-13 in the third game of the women’s doubles final to Fukushima and Hirota but came from behind to win. This time the defending champs led 20-15 before surrendering six-straight points to face match point. “When we got to 20 points and the championship was within our grasp, I tightened up,” Nagahara said. “When they won the 21st point, I was able to shake it off and play well.” Fukushima and Hirota have now finished runners-up in three straight world championships.

The results of the day: