They won nearly everything! But they will never win the Asian Games… 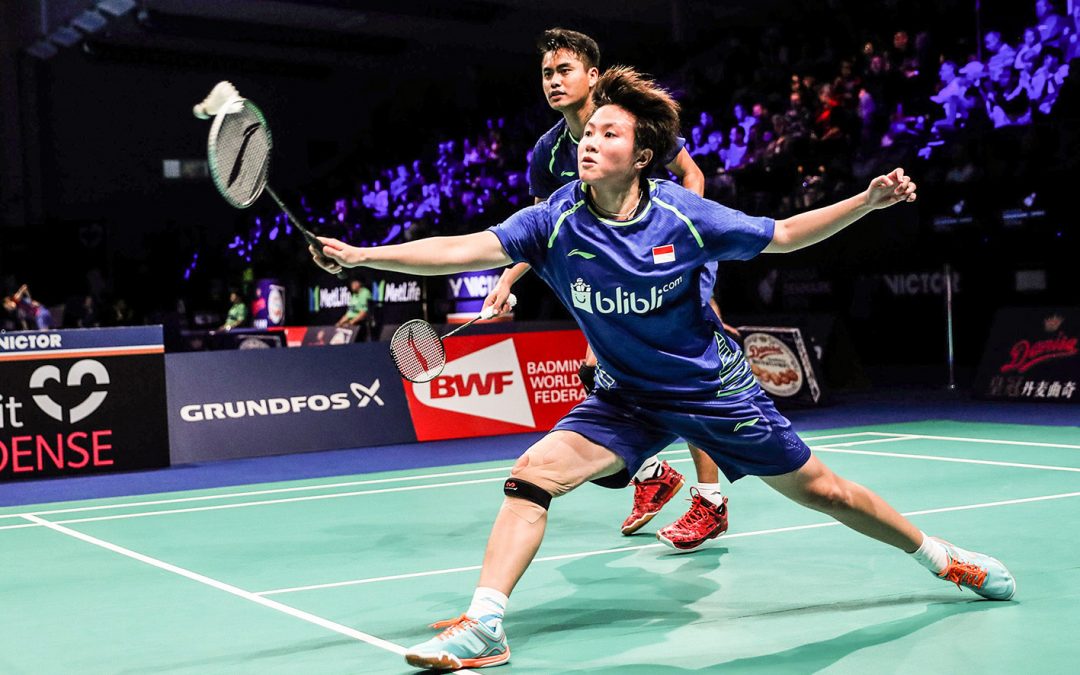 Indonesia’s impressive mixed double duo Tontowi Ahmad and Liliyana Natsir is playing their last Asian Games these days. They have won so much, but there is still no Asian Games gold medal in their collection. Now was the time to chance that!

Tontowi Ahmad and Liliyana Natsir are reigning Olympic Champions and former World Champions. They have won numerous titles in their career and even more medals from big championships. The Asian Games gold medal is however missing from their collection. The Asian Games in Jakarta is their last chance to change this fact.

Having lost the final at the Asian Games in 2014 Ahmad and Natsir of course put everything into it to win the gold this time. They didn’t participate in the recent World Championships in Nanjing because all focus was on the Asian Games. The ones who could prevent the Indonesian dream come true today was the Chinese duo that won the World Championships earlier this month; top seeds Zheng Siwei and Huang Yaqiong.

Things didn’t go as planned though. Or as hoped. Hard smashes from Zheng and quick strikes from Huang at the net turned out to be too much of a Chinese wall for the Indonesians to overcome today. These things were very good weapons for Zheng Siwei and Huang Yaqiong as they won the semifinal in straight games 21-13 21-18.

After the match Liliyana Natsir apologized to the Indonesian people for not being able to bring home the gold. She and partner Tontowi Ahmad were obviously very disappointed but also clear in their minds. They both felt they played okay; but the opponents were simply better today.

Zheng Siwei and Huang Yaqiong play their first Asian Games ever this year. Now they are ready for the final.

Gideon and Sukamuljo were up against Goh V. Shem and Tan Wee Kiong from Malaysia who they played last time at the Thomas Cup Finals in May. At that time the Indonesians won in three games.

Today was a very close match between the four players. Needless to say Goh and Tan of course wanted the medals just as much as the Indonesians, but it was the local heroes who drew the longest straw. In a very quickly played match where the average strokes in the rallies were as low as six, Marcus Fernaldi Gideon and Kevin Sanjaya Sukamuljo sealed the victory with 22-20 21-19. The Minions will therefore join their compatriots Fajar Alfian and Muhammad Rian Ardianto in taking men’s double medals in Jakarta. Goh V. Shem and Tan Wee Kiong are out just before it gets fun.

It stops with bronze for the women

The host nation’s strongest women’s double constellation Greysia Polii and Apriyani Rahayu were the last Indonesians on court today. Their opponents were reigning Olympic Champions from Japan, Misaki Matsutomo and Ayaka Takahashi, who had a 5-1 head-to-head lead before today. The Indonesians however won the last encounter in straight games at Thailand Open one and a half month ago.

But today there was nothing to come with for the Indonesian duo. Matsutomo and Takahashi controlled the match from first point and won fairly comfortable in straight games 21-15 21-17. Therefore Polii and Rahayu have to settle with bronze, just like they did at the World Championships in Nanjing earlier this month.

Last match of the day was the second mixed double semifinal, which turned out to become an extremely tight fight between a pair from Hong Kong and one from China. Tang Chun Man and Tse Ying Suet were very close to win the match in straight games against Wang Yilyu and Huang Dongping as they took first game 22-20 but they had to see second game go to the Chinese with 21-19.

After 24 minutes of play in the third game it was still as even as can be; 20-20. Both pairs were nervous. At 21-21 they had both had one match point each. The next two points decided the match and sent the Hongkongers into the final. With 23-21 and three games settled with a two point margin, Tang Chun Man and Tse Ying Suet are ready to play for gold in their second Asian Games together. The Chinese world number 2 have to settle with bronze.