Syed Modi semis: Players on top of the world – almost 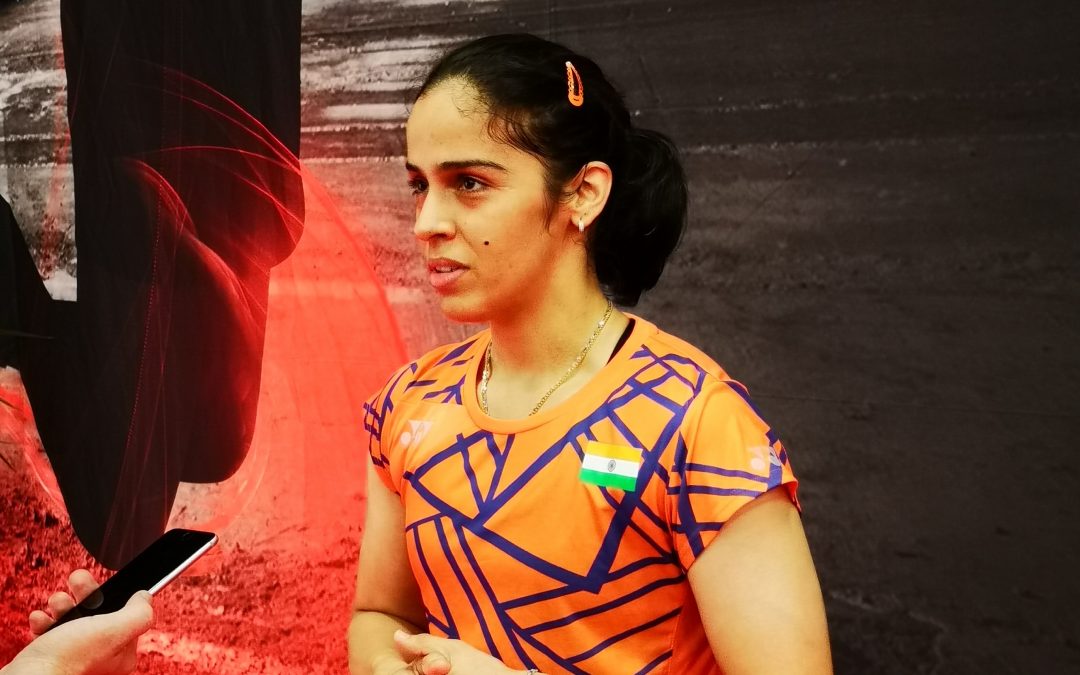 Lucknow in India is hosting a World Tour Super 300 tournament this week, the Syed Modi International Badminton Championships. The host nation and Indonesia were both represented in five semifinals, which were played today.

You may say that the players who are competing in Syed Modi are on the top of the world – Lucknow, where the tournsmanent is being played, is located just some 600 km west of the highest point on earth, the Mount Everest. Local hero Saina Nehwal is one of the players who is on top of the tournament.

She did however have a rusty start in her semifinal today where she lost first game 12-21 against number 62 in the world, Ruselli Hartawan from Indonesia. The Indian did strike back in the following games though and secured her spot in the final with 21-7 21-6. Hartawan had started out way too fast to keep up for the remaining of the match. Nehwal will have a Chinese opponent in the final tomorrow as Han Yue won the other semifinal against her compatriot, former Olympic Champion Li Xuerui who is on her way back to the top after a severe knee injury.

India is also represented in the men’s single final tomorrow as Sameer Verma won his semifinal today. He was also up against an Indonesian opponent, Chico Aura Dwi Wardoyo. It was a strange match the two pulled off. From being down 10-12 in first game the Indian won the following 20 points with 18-2 before Wardoyo came back into the match again. Eventually the Indonesian won second game only to be left without energy in the third and decisive game. Just like Saina Nehwal, Sameer Verma will also have a Chinese opponent in tomorrow’s final.

Two Indians in two semis each

The women’s double final is the third final where the host nation will be represented. Ashwini Ponnappa and Reddy N. Sikki won in straight games against the Russian duo Ekaterina Bolotova and Alina Davletova. The Russians were two of just six Europeans to have reached the semifinals at Syed Modi. Their compatriots Vladimir Ivanov and Ivan Sozonov also lost their semifinal in men’s double where he runner-ups from the Asian Games, Fajar Alfian and Muhammad Rian Ardianto, proved too strong.

Ponnappa and Sikki are facing the Malaysians Mei Kuan Chow and Meng Yean Lee in the final tomorrow. They were leading in third game of their semifinal against Della Destiara Haris and Rizki Amelia Pradipta when the Indonesians had to pull out because of injury. The opponents of Alfian and Ardianto are yet to be found; they will face the winners of the last match of the day, Mathias Boe and Carsten Mogensen or Satwiksairaj Rankireddy and Chirag Shetty.

Finally tomorrow’s mixed double final will be a battle between China and Indonesia. Ou Xuanyi and Feng Xueying rew the longest straw against Satwiksairaj Rankireddy and Ashwini Ponnappa with 21-19 in third game. Their opponents tomorrow will be inov Rinov Rivaldy and Pitha Haningtyas Mentari who won the all-Indonesian clash against Alfian Eko Prasetya and Marsheilla Gischa Islami.

Results from the semifinals at Syed Modi International: