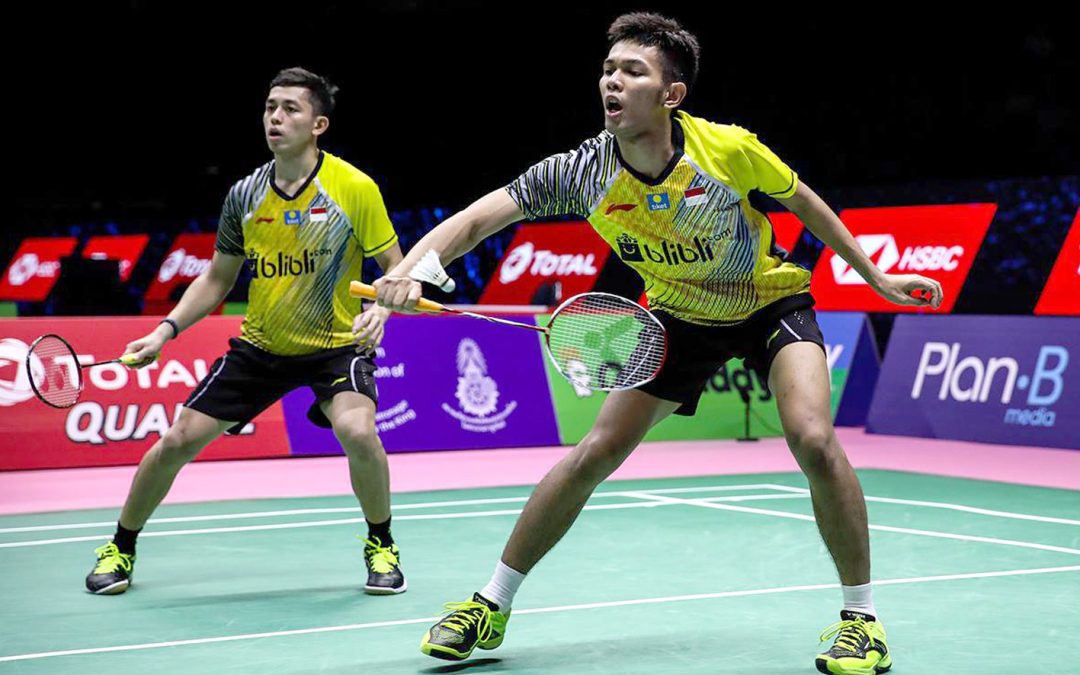 With players in four of today’s five finals at the World Tour Super 300 tournament Syed Modi International Badminton Championships in Lucknow, the road for Indian success was laid out.

India was obviously hoping to take all titles in the four finals they were represented in. But they had to take their opponents into account as well. They all wanted to win just as badly. And today turned out not to be all about success for the local shuttlers.

The first final was the only one without any Indian players. It was also the only final with unseeded players as Ou Xuanyi and Feng Xueying from China, ranked 169 in the world, had made it into the mixed double final. Here they were up against a stronger Indonesian pair in Rinov Rivaldy and Pitha Haningtyas Mentari (4). The seeding and higher rank didn’t help Rivaldy and Mentari though. After a first game, which was extremely close (22-20) second game was one-way traffic from the Chinese side. Unseeded Ou and Feng claimed their first title in their just fourth tournament together.

The mixed double was followed by one of the big matches of the day, the men’s double final. Here we saw the runner-ups from the Asian Games, Fajar Alfian and Muhammad Rian Ardianto against a local pair, Satwiksairaj Rankireddy and Chirag Shetty. It was the 2nd seeded against the 8th seeded and obviously the spectators were cheering for the Indians.

Things didn’t go the Indians’ way in first game though, which they lost in just 11 minutes. Second game was much more interesting and Rankireddy and Shetty had five game points at 20-17. But little did this help them. They didn’t manage to bring out a third game in the final as the Indonesians won the following five points of the match to bag the title with 22-20. A great finish by Fajar Alfian and Muhammad Rian Ardianto.

Saina not herself today

The biggest match of the day, and biggest hope for the local spectators, was in women’s single. Local darling Saina Nehwal was the big favorite to win the tournament and she was also expectedly in the final today. Her opponent was China’s Han Yue, seeded 4. Saina was seeded 2nd and obviously had full support from the Indian fans. But sometimes things simply don’t go as you expect.

It looked pretty much like a walk in the park for the Indian who was up 17-12 towards the end of first game. But from here the match changed completely. Han Yue controlled not only the remaining of first game, which she won 21-18. She also controlled the rest of the match and outplayed Nehwal completely in second game. Saina Nehwal did not look like herself on court at all; instead of being the fighter we normally always see, she looked like she had given up already in the beginning of secnd game. Han Yue on the other hand won a very nice title for her with 21-8 in second game.

Results of the finals at Syed Modi International: