Sukamuljo and Gideon advances to the semi’s in tight affair

The top favorites in the men’s double Sukamuljo and Gideon are ready for the semifinal after victory against Kolding and Conrad from Denmark. But the Danes had the Indonesian in the ropes.

Last week the Indonesian super duo left Malaysian Open in the quarterfinals. But today in front of their home crowd, they advanced to the semifinal.

But the Danes had the Indonesians in the ropes. Kolding and Conrad won the first set by 22-20 and was inches always from taking the victory in the second set – a set they lost 20-22.

In the third set, Sukamuljo and Gideon took the lead early in the set and kept it all the way, winning the deciding set by 21-18. They are now ready for the semifinal, where they will face either Fajar ALFIAN & Muhammad Rian ARDIANTO or LIU Cheng & ZHANG Nan.

Kevin Sukamuljo’s behavior on court is always a topic. The young Sukamuljo tends to provoke and irritate his opponents, when the matches get tight – and today was no different. On one occasion he, in what seemed to a conscious action, shot a shuttle after Kolding on the net, despite the rally was decided. And that got the Danes to react. After several discussions, the umpire decided to give Sukamuljo a yellow card – maybe he should have received a red card?

Sukamuljo definitely provides personality to the game – but is he too much? 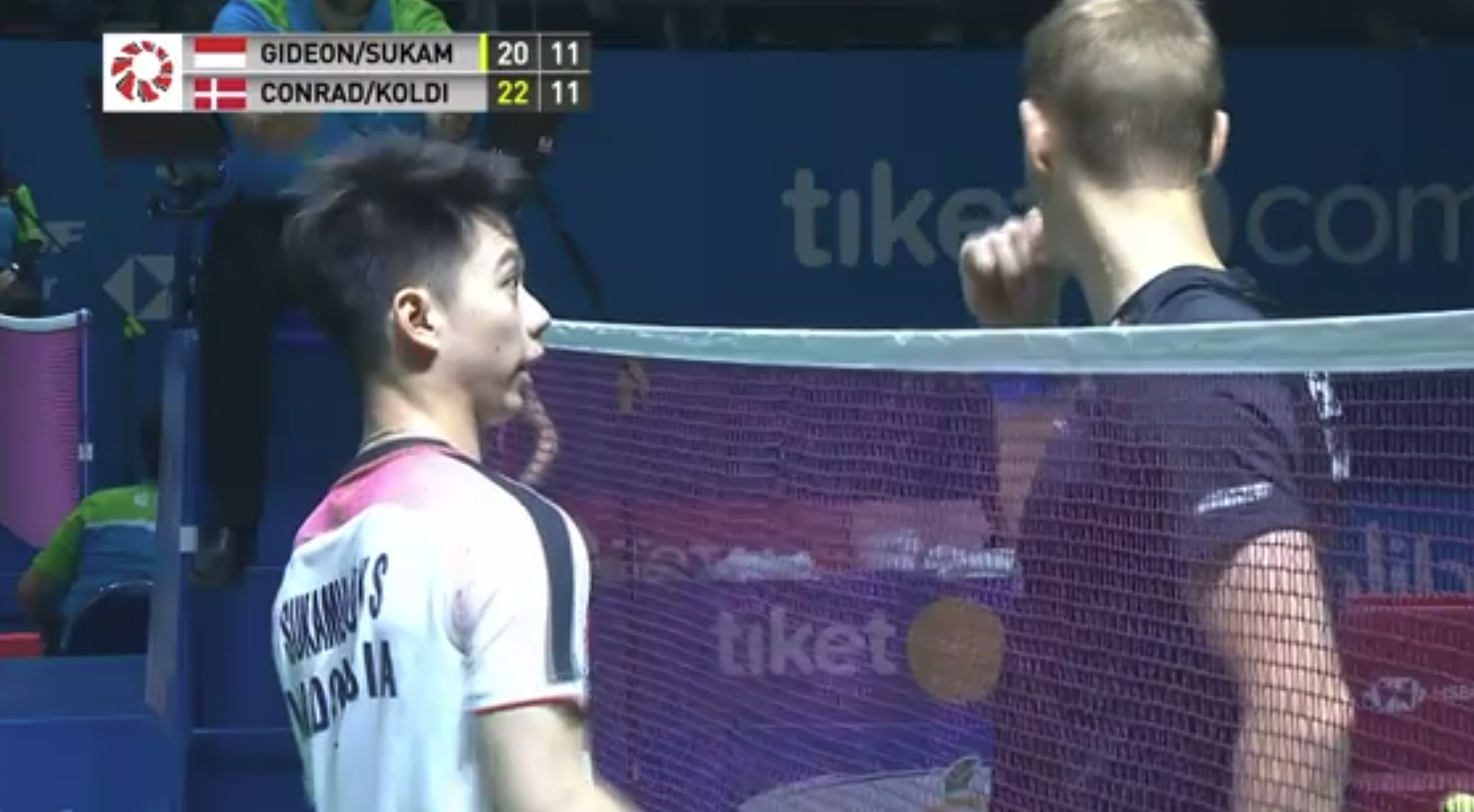 Sukamuljo and Conrad Petersen discuss at the net after Sukamuljo shoots suttle after the Danes.