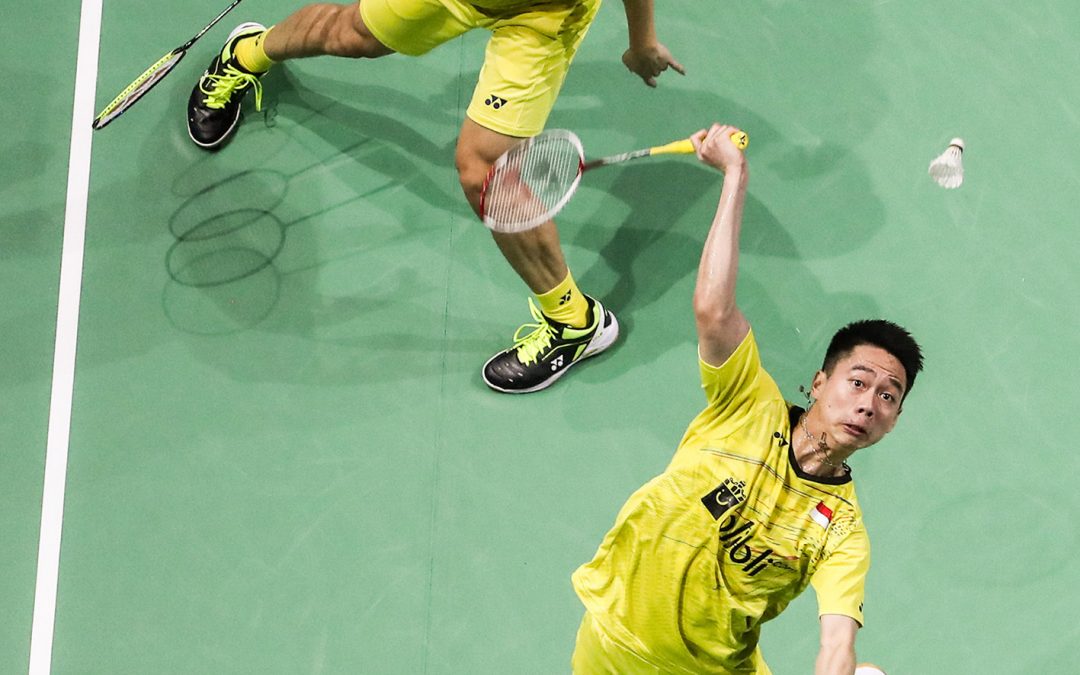 Sudirman Cup 2019 will soon enter the final phase. The four teams also made sure to move on to the semi-finals to be competed tomorrow, Saturday May 25, 2019 in Guangxi Sports Center Gymnasium, Nanning, China.

Bloodied Malaysia exit
Malaysian badminton player Teo Ee Yi was bloodied and shaken after his doubles partner accidentally smashed him in the face with his shin during their Sudirman Cup quarter-final defeat to Japan on Friday. The 26-year-old lay prone on the court floor for nearly 10 minutes with a gashed chin, blood pouring down his neck, with the men’s doubles clash against top seeds Japan locked at 19-19 in the deciding game. Teo suffered the injury after he and playing partner Ong Yew Sin both dived in an attempt to retrieve the same shot, and Ong’s trailing left leg caught Teo in the face.
Although Teo eventually climbed off the floor to continue with a large bandage on his chin, the Malaysian duo appeared to have lost their edge. They saved a second match point against Takeshi Kamura and Keigo Sonoda, but could not ultimately prevent going down to a dramatic defeat spread over 95 thrilling minutes.

Teo afterwards refused to blame the attritional three-game loss on the injury, but said: “It’s quite a big cut and I think it’s going to need stitches.” The painful defeat put Japan 1-0 up in the tie in the Chinese city of Nanning and on the way to a semi-finals meeting with Indonesia.  Men’s world number one Kento Momota and Nozomi Okuhara triumphed in their singles matches to give Japan — who have never won the Sudirman Cup — an unassailable 3-0 lead. Indonesia booked their place in the last four with a narrow 3-2 win over Taiwan.

Indonesia to face Japan in semi-finals
Indonesia defeated Chinese Taipei 3-2 by winning all three doubles matches, making it to the semi-finals of the Sudirman Cup here on Friday. Indonesia, who won the Cup only once when it hosted the initial tournament in 1989, sealed the victory in the mixed doubles when eighth-ranked Praveen Jordan and Melati Daeva Oktavianti edged past Hsieh Pei Shan and Wang Chi Lin 21-17, 21-15.
“I felt a little bit nervous before the match, but when it started, I just focused on the court and forgot that it was the deciding match,” Oktavianti said, adding that compared to their performance in the group match with England, they are playing better. With the win, Indonesia will play Saturday’s semi-final against Japan who beat Malaysia 3-0 earlier. Indonesia won the opening men’s doubles when world number one Marcus Fernaldi Gideon and Kevin Sanjaya Sukamuljo dominated world number 27 Lee Yang and Wang Chi Lin 21-17, 21-17 in 44 minutes.

“Today we played good and I think we are happy with our performance,” Gideon said, adding that they have the target for next year’s Tokyo Olympic Games, but they have to focus on the Olympic qualifying tournaments right now and play to their best every time.
Chinese Taipei wiped out the deficit in the women’s singles as top-ranked Tai Tzu Ying brushed aside world number 16 Gregoria Mariska Tunjung 21-16, 21-14 in 32 minutes, and even overtook the lead in the men’s singles where 4th-ranked Chou Tien Chen expectedly whitewashed 8th-ranked Jonatan Christie 21-11, 21-13 in 36 minutes.

“Although we lost the previous match I didn’t feel much pressure, I just did my best to win the match for my team,” said world number one Tai. Indonesia then pulled it back in the women’s doubles as world number 5 Greysia Polii and Apriyani Rahayu won 21-13, 21-7 against Pai Yu Po and Wu Ti Jung in 35 minutes.

A convincing victory
In today’s matches one could also experience easy-wins, in the rally between Lithuania and Nepal, where Lithuania proved to be the strongest and deserved to progress in the big tournament. The final victory went to Lithuania at 3-1. Bartusis and Voitechovskaja set out with a high level in the mixed double and won with 21/10 – 21/16 over Dhami and Giri who could not do much. This demonstrated the level for the remaining matches where Lithuania convincingly also took the victory home in womens single and womens doubles.


In addition, Canada also showed what they are made of. In the rally against France, one could also see the biggest victory being lifted home in the women’s monk where Li from Canada showed no mercy and won over Hoyaux 21 / 7-21 / 4