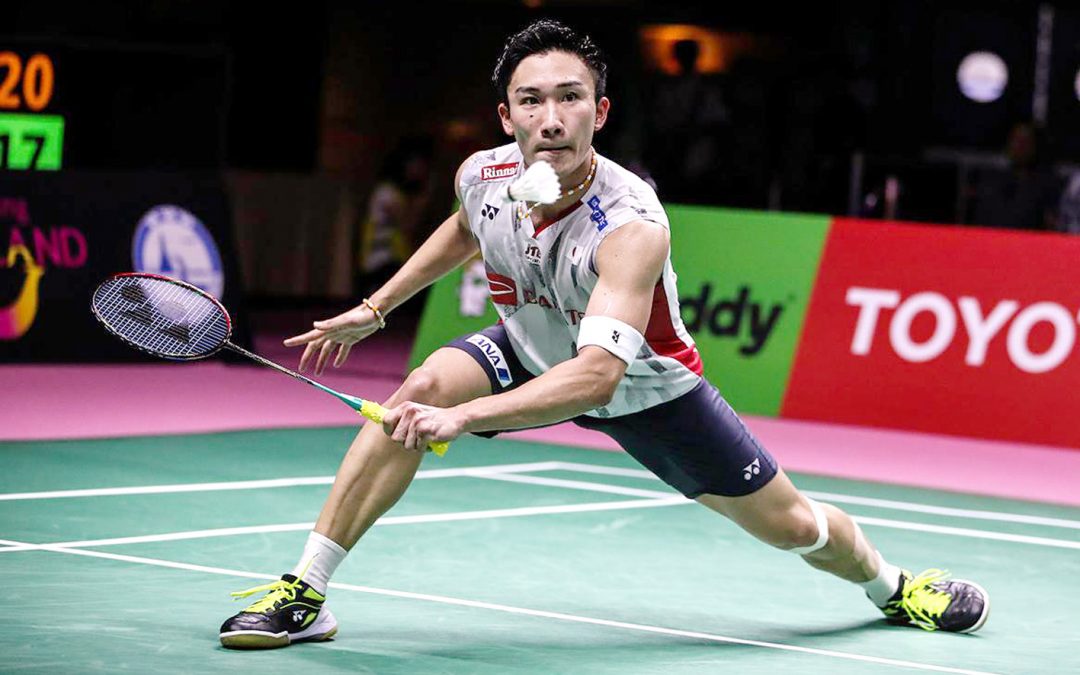 Singapore Open 2019: Japan won three of the five finals on Sunday while men’s singles and women’s singles both saw the world No.1s take the title.

Victories for Japan
Japan reigned supreme at the Singapore Open 2019 winning three of the available five titles. The only discipline where they made it to the final but did not win was the women’s singles.
Women’s doubles have been under the grasp of Japan for quite some time now and after the blip of Malaysia Open, Japan stormed back to bag the title once again.
In men’s doubles, the Japanese pair of Kamura and Sonoda dethroned the experienced defending champions Ahsan and Setiawan to take the title away. World No.1 Momota won another title in another final he competed. At one point it did look like Momota might have to settle for silver but the Japanese absorbed the pressure, cut down on errors in the later half and tightened up his defense to snatch the title from Ginting’s grasp.

After the highs of Malaysia Open where China won four of the five titles available, China did not make it to a single final in Singapore. In Kuala Lumpur last week, China showed that ahead of the Olympics, they are ready to be back with a bang but Singapore sort of dampened that, especially with the top seed in mixed doubles Zheng Siwei and Huang Yaqiong losing in the semi-finals.

Badminton of high quality
There were three brilliant matches this week, where the badminton played was simply sensational. Tai Tzu vs Akane Yamaguchi in the semi-final, Ginting vs defending champion Chou Tien Chen in the semi-final and Momota vs Ginting in the final, were the prime examples.

Tai Tzu vs Yamaguchi: This match was women’s singles badminton at its best. Tai Tzu Ying’s skillful badminton was matched toe-to-toe by Yamaguchi with her pace, defence and quality. Yamaguchi had come to the match with the strategy of keeping a really high pace in the rallies to unsettle Tai Tzu and it worked. Yamaguchi was able to put the world No.1 under severe pressure with her pace, court coverage and defensive abilities.
But a game and four match points down, Tai Tzu found an extra gear. Despite the best efforts of Yamaguchi then, Tai Tzu emerged victorious. Perhaps that battle helped her in the final, where she did not let Okuhara take the game to her.
Tai, who saved four match points in the 57-minute semi-final against Japan’s Akane Yamaguchi, said at the post-match press conference: “(Okuhara) plays more offensively and she’s not an easy opponent to play against. I know she can run, so I was mentally prepared to run a lot today since I also had a long match yesterday. From the first day of the competition, there were a lot of people cheering for me… today there were even more and I had so many supporters, so I was very touched.“

Ginting vs Chou: If Tai Tzu vs Yamaguchi was women’s singles at its best, this was men’s singles at its best. Sensational retrieving, skill level and attacking play – all of that defined this particular match-up.Chou was the defending champion but it was Ginting who started off the blocks with sensational pace. With Ginting’s pacey moves and powerful attack, Chou struggled to hold ground as Ginting took the first game. Chou fought back hard, playing some exquisite strokes in the second game. He kept pace with Ginting, retrieved better and just managed to find his line to take the second game.
In the decider, Ginting kept up the pace and launched attack after attack at Chou. Not that Chou didn’t battle, he battled hard but in the end, Ginting emerged victorious.

Momota vs Ginting: This was a remarkable end to a brilliant week of badminton. Ginting deployed the same pacey game against Momota and unsettled him completely – the Japanese just didn’t have any answers in the first game. However, Momota absorbed all the pressure from the second game onwards, trying to get as many shuttles back as possible and sneaked in the second game. In the decider, Ginting took a lead again but one miss from Ginting and that changed the complexion of the match. Momota had found his pace and confidence by then and hunted down a tired Ginting in the end to snatch the title away.
“I felt my opponent played better than me today but I was able to capitalize when he got tired,” Momota, who also won the Singapore title in 2015, told reporters.