Sindhu finally does it: Ends 2018 with a big title 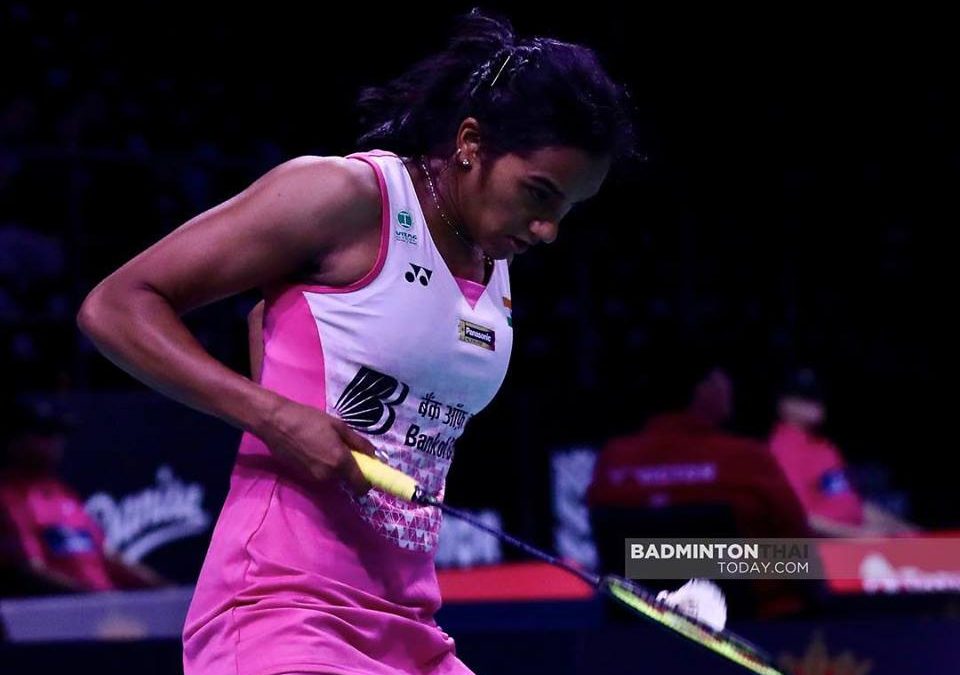 The World Tour Finals have come to an end. The USD 1,500,000 has been shared by the 63 players who had qualified to the season finals in Guangzhou. Sindhu finally got her big title.

It was 6-6 head-to-head between the two finalists in women’s single before today’s final. Pusarla V. Sindhu and Nozomi Okuhara have become famous for playing crazily long matches – who doesn’t remember the World Championships final from last year, which lasted 1 hour and 50 minutes?! Today the two shuttlers kicked off the finals of the World Tour Finals with yet another final between them.

Once again Sindhu and Okuhara played a long match, however, only in two games. The Indian started like a rocket and brought herself in a very comfortable lead of 14-6. Okuhara made far too many mistakes and it seemed that Sindhu would win first game easily. The Japanese got back on track though but had to see Sindhu taking first game 21-19.

In second game Sindhu was on top again and despite only leading with few points, she kept the Japanese behind her all the way. With 21-17 the match was over after 62 minutes. Pusarla V. Sindhu who has previously lost two World Championship finals and one Olympic final finally did it; she won a big final and enters history as the first ever winner of the World Tour Finals. 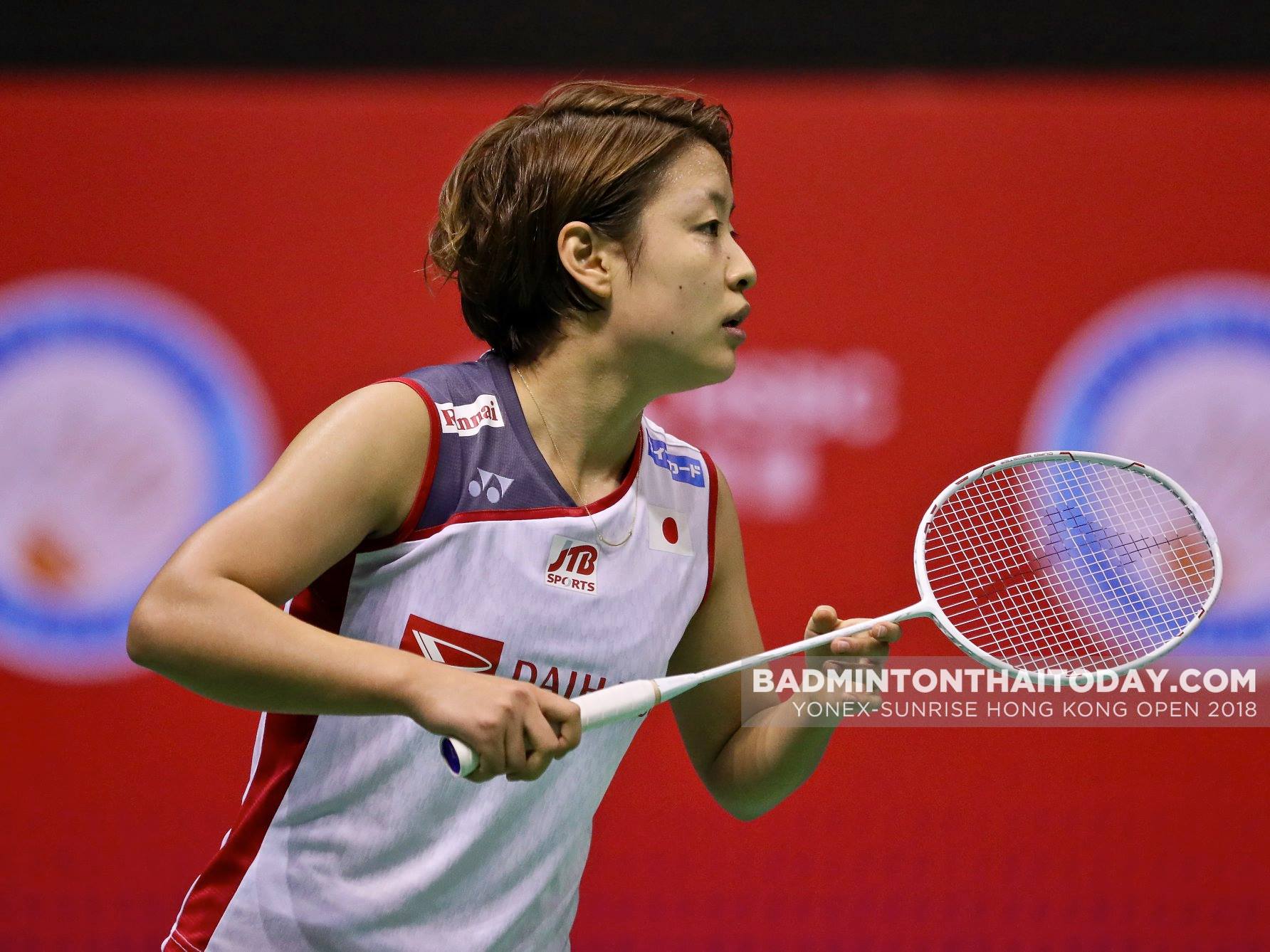 First win ever, part I

The women’s single final was followed by the ‘local derby’ between China’s and the world’s two best mixed double pairs; Zheng Siwei and Huang Yaqiong against Wang Yilyu and Huang Dongping. The two pairs need no further presentation after their fantastic season. Despite being number two on the world ranking, Wang and Huang had actually never won against their compatriots before. Zheng and Huang were leading 7-0 before the final today. 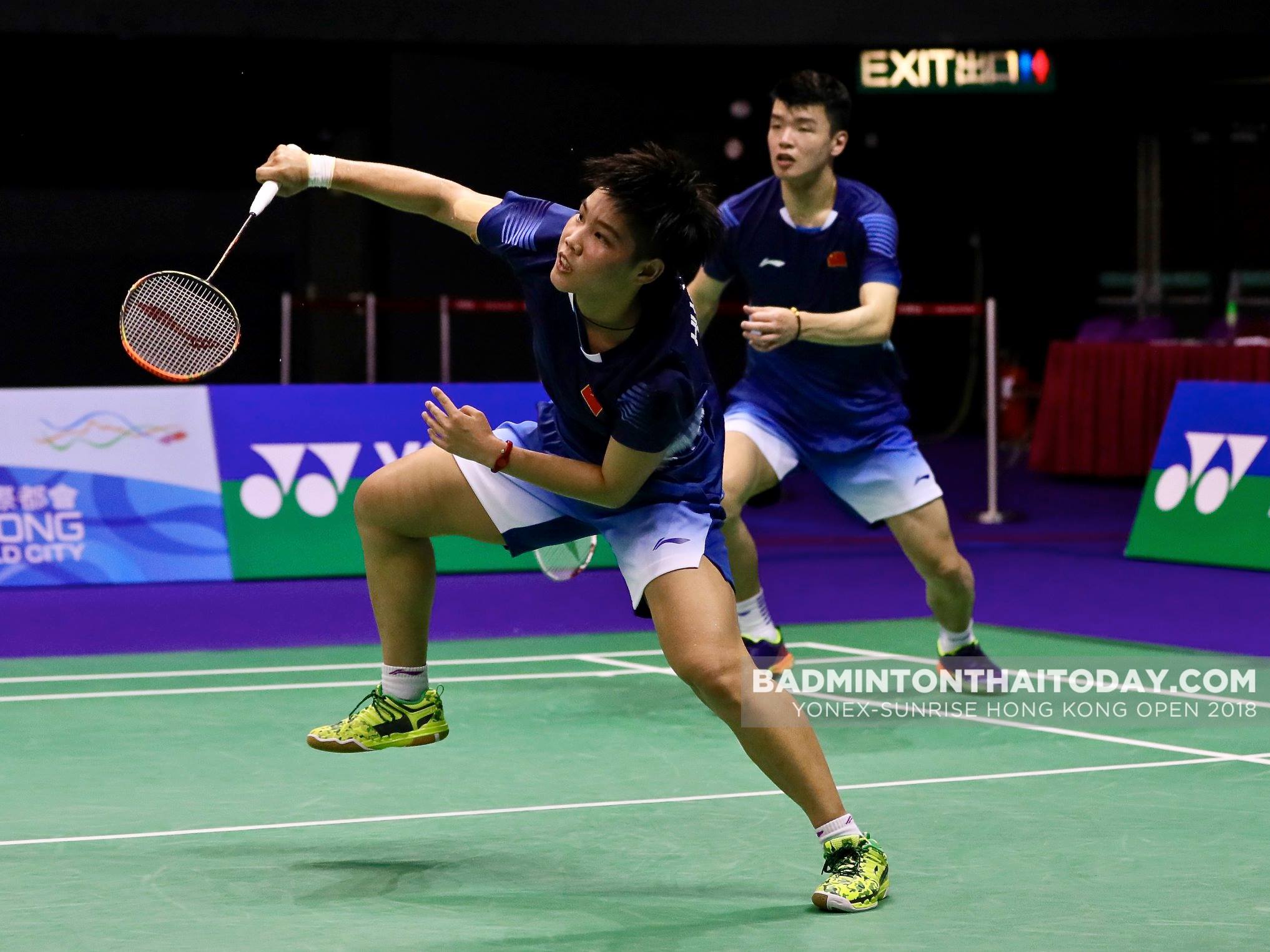 But sometimes history changes and today should be the day where Wang Yilyu and Huang Dongping got their first victory against the world number one. After a close first game, which finished 23-21 to Wang and Huang, the favorites stroke back and forced the match into three games. In that third game Zheng Siwei and Huang Yaqiong never had the lead and after 69 minutes the first victory for Wang Yilyu and Huang Dongping was a fact. The second on the world ranking had defeated the first for the first time ever. 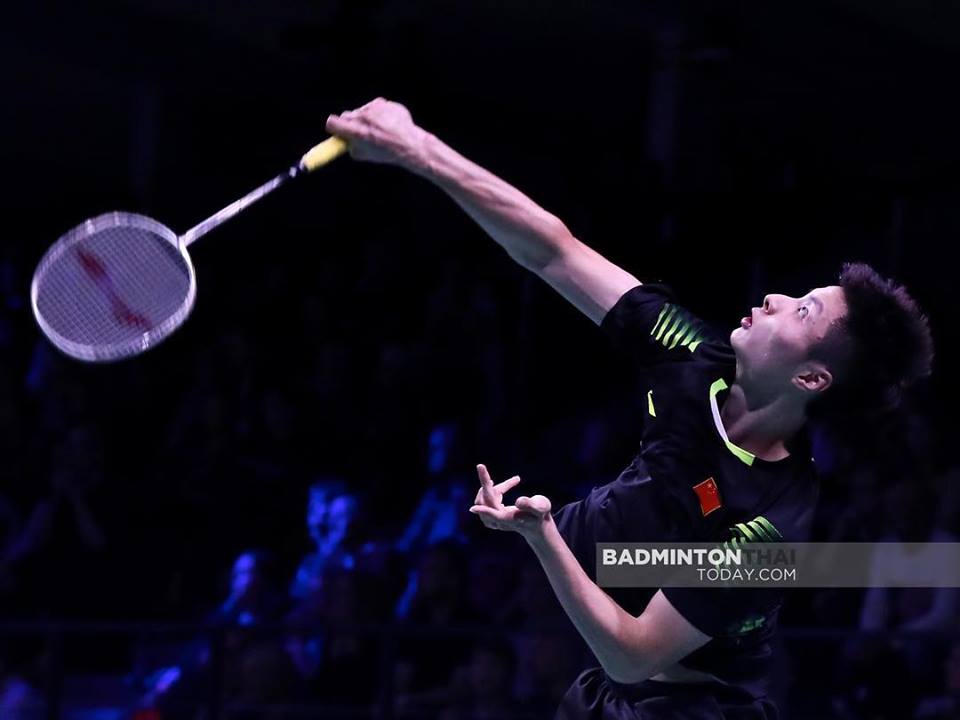 It was the best imaginable final in this category at the World Tour Finals; neither Kento Momota nor Shi Yuqi had lost any matches during the week. The final however never reached that level of excitement that everybody had been hoping for. One side was much too strong for that to happen today and unlike what most people might have thought, it was the Chinese who proved stronger today.

Ready for the semis at the World Tour Finals

Shi Yuqi claimed the title of the first World Tour Finals with an extremely comfortable win of 21-12 21-11 against Kento Momota who was never any threat for the Chinese. This happens to be the biggest win ever between the two. Many wouldn’t have thought that after Momota’s extremely strong comeback to the top of the badminton world… 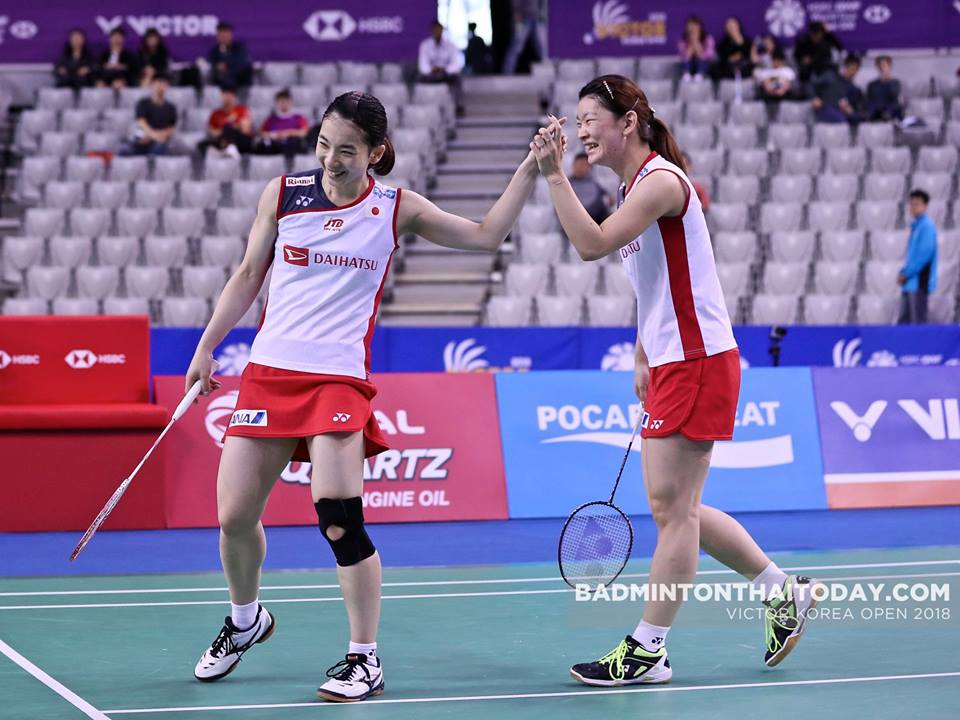 Korea’s strongest women’s double pair, Lee So Hee and Shin Seung Chan (ranked 7 in the world), is one of few pairs with a positive head-to-head statistic against the Olympic Champions from 2016. They had won five of eight matches against Misaki Matsutomo and Ayaka Takahashi including the three latest ones. So it was a Korean pair full of confidence that entered the court today.

But as we all know we cannot always use statistics for anything. Matsutomo and Takahashi were explosive from the very beginning of the match and at 12-3 first game seemed over already. In second game Lee and Shin were more into the game. After lacking behind during most of the game the Koreans caught up at 20-20 but little did it help. The Japanese world number two won the next two points and claimed the title in Guangzhou. Logically, we would almost say, it’s Japan who runs away with that in women’s double.

The very last World Tour match of the year was the men’s double final. Here we had the local heroes and World Champions from August, Li Junhui and Liu Yuchen, against Hiroyuki Endo and Yuta Watanabe from Japan. The World Champions were down 0-2 in the overall statistic against the Japanese duo so the frames for their first win couldn’t be better; on home soil in the final at the World Tour Finals. 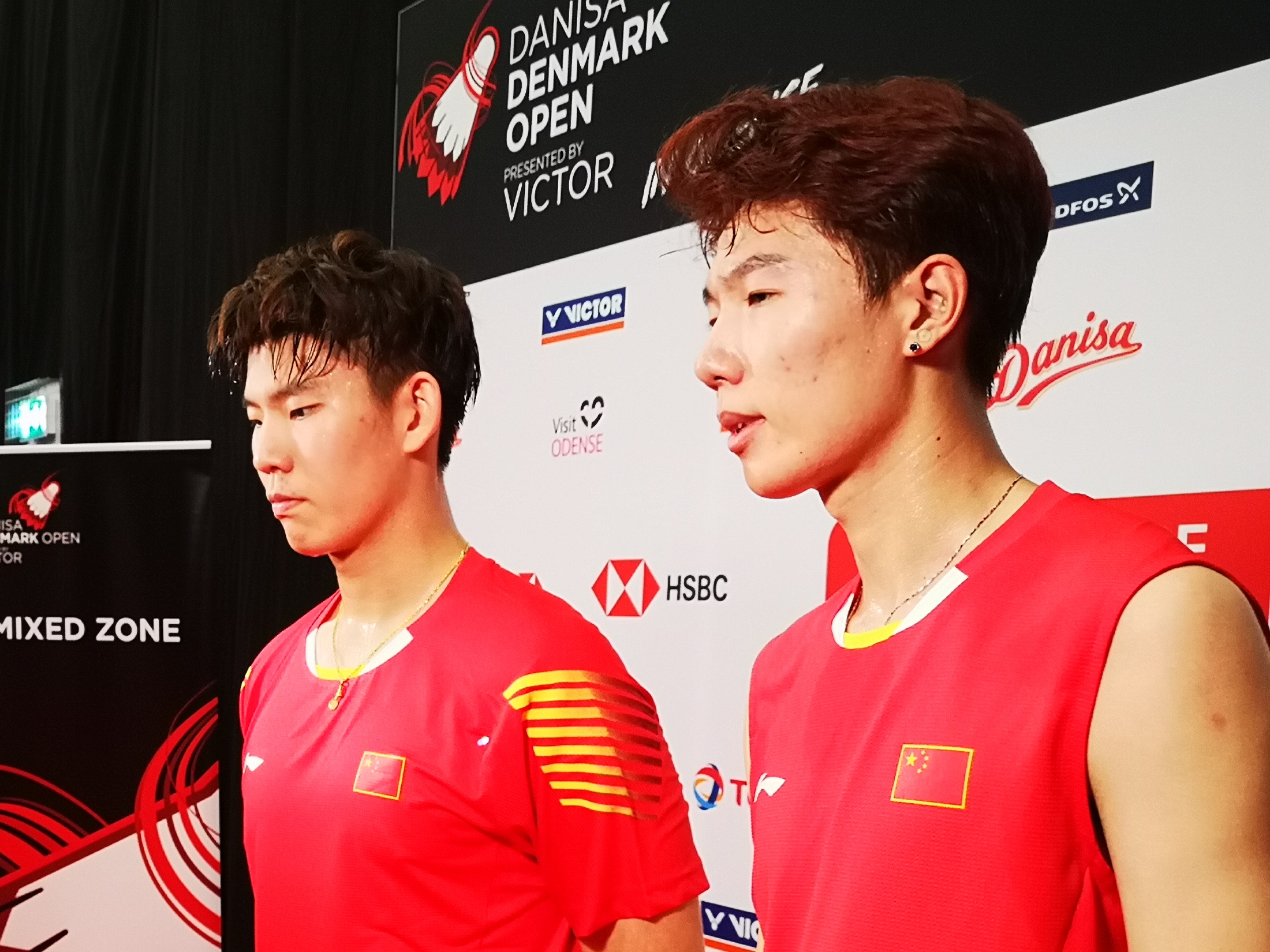 Li and Liu were lacking behind in big parts of first game though. Only at 14-14 they caught up with the Japanese before they closed the first game with a strong finish. In second game there was no doubt about the winners. The Chinese duo was on top from first point and kept adding to the gap in their favor. In the shortest final of the day – 45 minutes – Li Junhui and Liu Yuchen made the hattrick for the host nation.

China finished the World Tour Finals 2018 most successfully with three gold medals and one silver. Japan also got four medals but that was one gold and three silver medals. The two last medals went to India (gold) and Korea (silver). And with that the first World Tour season in history came to and end.

Congratulations to all the winners!

Results from the World Tour Finals: