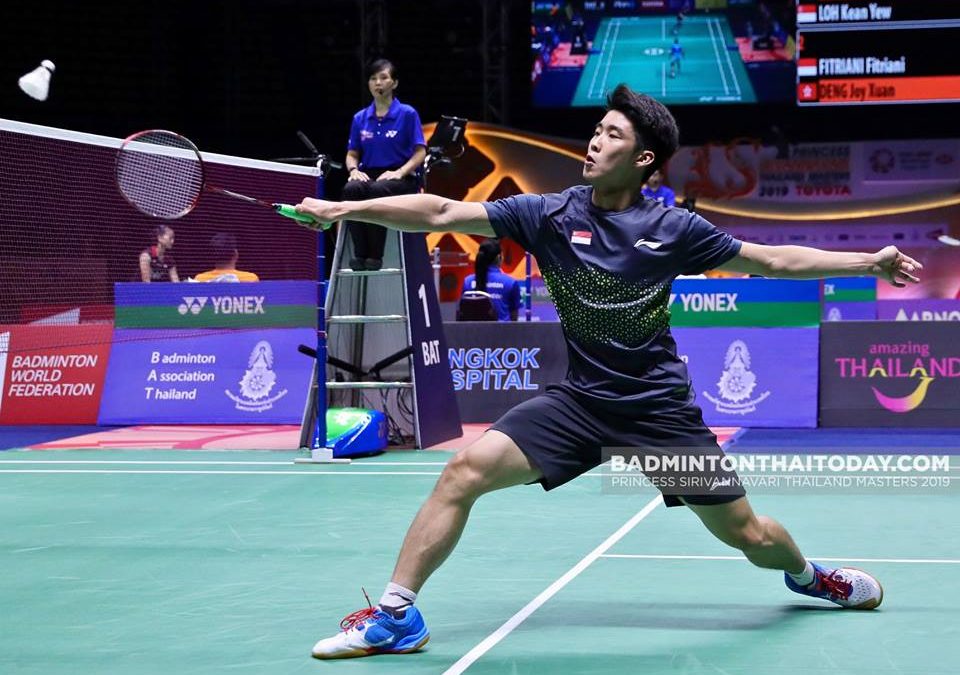 When 21-year old Loh Kean Yew travelled to Bangkok to participate in the Princess Sirivannavari Thailand Masters he probably didn’t expect to play the final. The Singaporean men’s single player started his adventure this week in the qualification.

On Tuesday when the Thailand Masters kicked off with qualification in all five categories, Loh Kean Yew just spent little more than one hour on court. Then he had won his two qualification matches and secured himself a spot in first round on Wednesday.

Here he ran into Zhou Zeqi who ranks 69 spots higher than Loh on the world ranking. This however was no hurdle for the young Singaporean player who didn’t really find himself in troubles until the quarterfinal Friday. Here he was up against 6th seeded Wang Tzu Wei, ranked 29 in the world, and this match was first time Loh Kean Yew was forced into three games. 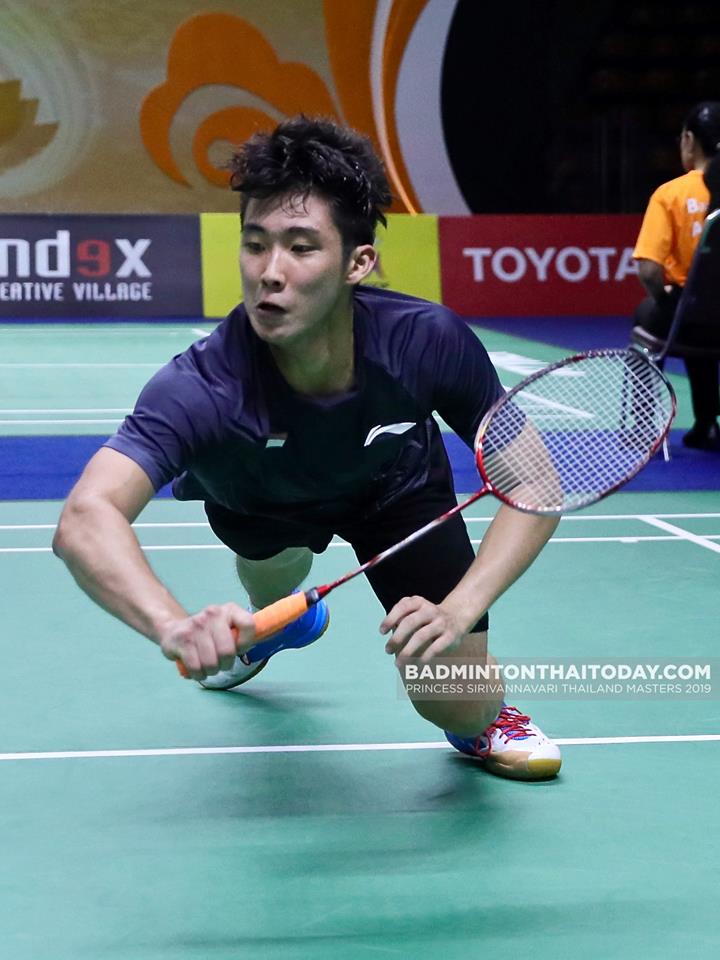 A date not to be forgotten

The story continued positively for Loh though and he played the semifinal Saturday. Here he was up against France’s best, Brice Leverdez who ranks 30 in the world. Once again Loh Kean Yew needed three games to win the match, and this time was the only time he lost first game during the week.

Ready for the final today, Loh had absolutely nothing to lose. He could enter the court as relaxed as human possible for him now that he was actually standing in a World Tour Super 300 final. On the other side of the net was no other than the legendary five times World Champion and twice Olympic Champion, Lin Dan. Needless to say the Chinese was big favorite. 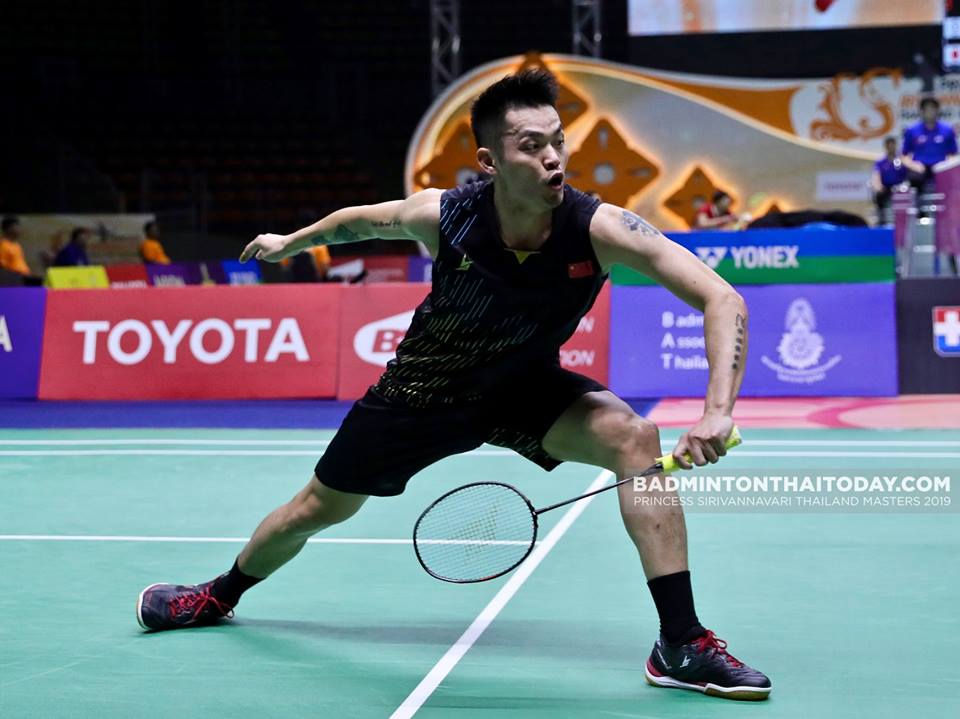 But sometimes things just don’t go as you may expect. Surely most people expected the top seeded Lin Dan to cruise all the way to the title, but no no – Loh Kean Yew wanted it differently. After just 46 minutes the Singaporean had made the sensation. With 21-19 21-18 the Thailand Masters title in men’s single goes to Singapore and Loh Kean Yew. Surely 13 January 2019 will be a date, which the 21-year old will never forget.

One title for the hosts

Thailand’s Sapsiree Taerattanachai lost the mixed double final earlier today when she and Dechapol Puavaranukroh lost to Chan Peng Soon and Goh Liu Ying. In women’s double she was once again on court as she had reached the final with Puttita Supajirakul. The two Thais we unseeded but had sent out their top seeded compatriots Jongkolphan Kititharakul and Rawinda Prajongjai earlier in the week.

Double up and clean sheets for Malaysia

The opponents in the final were 5th seeded Li Wenmei and Zheng Yu who had won all their matches so far in straight games. The two Chinese also started best today as they took first game 21-15. Towards the end of second game it also looked quite like a Chinese victory today but as we all know, things can change… 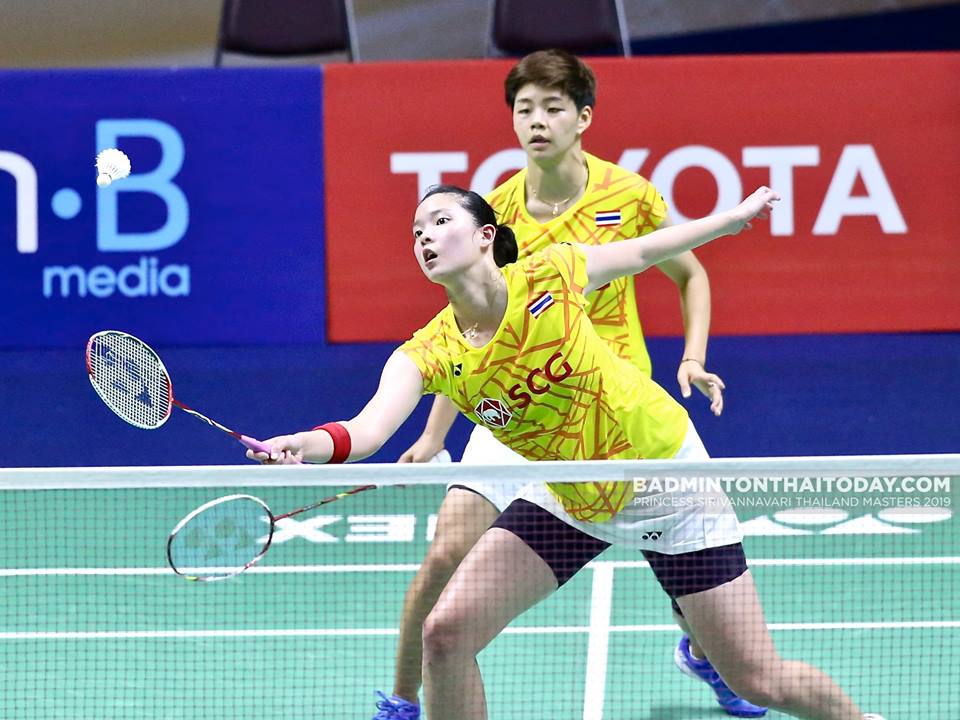 Thailand was represented in three finals today and got their only title in women’s double as Sapsiree Taerattanachai and Puttita Supajirakul managed to turn things around to their own favor. Especially in the decisive game there was no doubt of the winners. At 10-1 there was no more enthusiasm from the Chinese side and the Thais won with 21-10.

Miracle in first round lead to title

In the last final of the day we had Fitriani Fitriani and Busanan Ongbamrungphan who rank almost side by side on the world ranking (33 and 29). The Indonesian had a 2-1 lead head-to-head before today but playing on home soil could maybe give the Thai an advantage.

However, Busanan Ongbamrungphan couldn’t find her right rhythm today and she had to accept a straight game loss of 12-21 14-21. Fitriani Fitriani was the only Indonesian in the finals and she gave herself a perfect start of the year with the title at Thailand Masters.

Already in first round on Wednesday it was close to never becoming such a great week for Fitriani. She was down 13-20 in third game against Lee Ying Ying but miraculously managed to come back and win the match on her second match point. The final today was the only match the Indonesian managed to win in straight games. 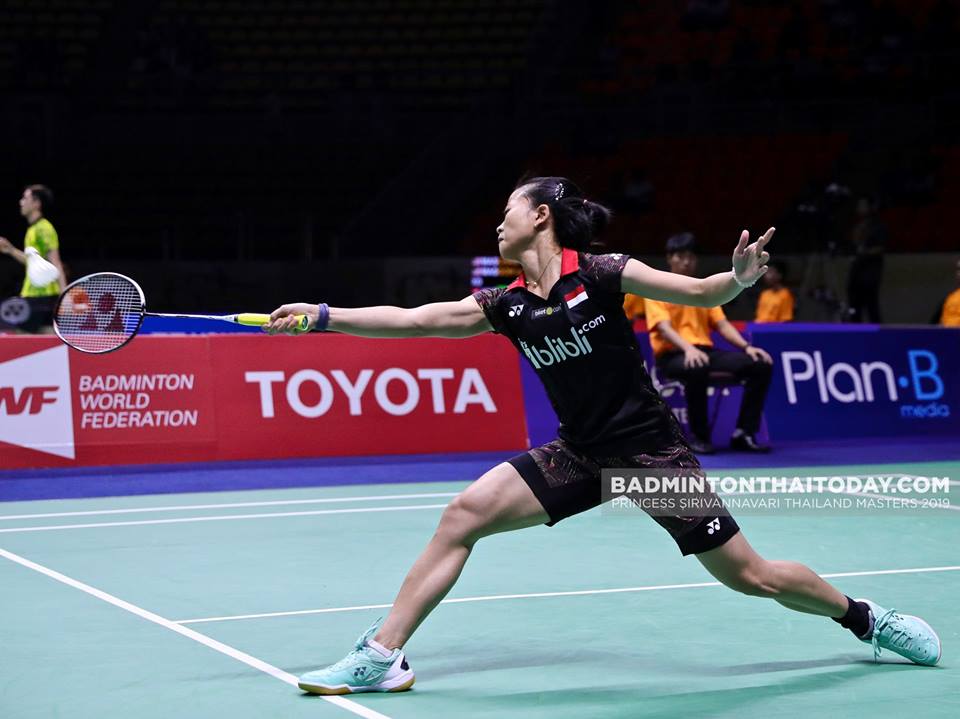 Results from the Thailand Masters finals: