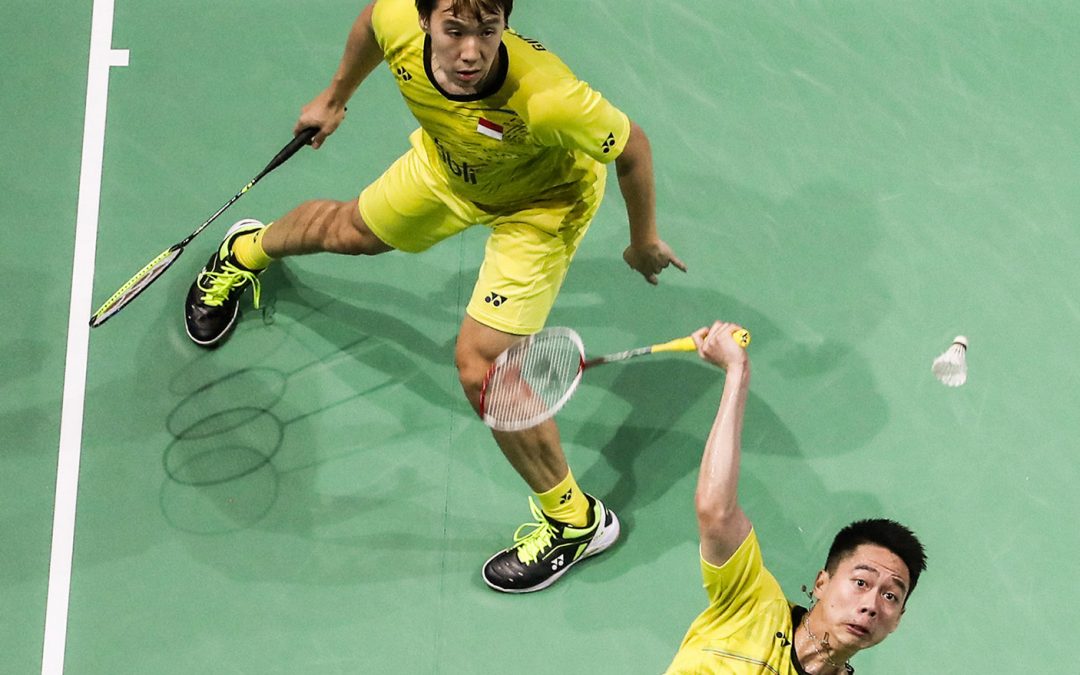 The first semifinals at Denmark Open is over, and we have found the first finalists. So far, there has been no surprises.

Former World Champions against World number 1 at the moment. Both duos from Indonesia. Before going into this match, Sukamuljo and Gideon were leading 3-2 in head to head encounters against Ahsan and Setiawan. The previous two matches have been won by the Minions.

Today, Sukamuljo and Gideon were in total control. Quite comfortably they won the first set 21-18. In the second set the veterans made a great comeback from 10-16 and got a lead of 20-18. But then Sukamuljo and Gideon turned on the turbo and closed the set and match by 24-22.

In the finals awaits either Kamura and Sonoda from Japan or Ellis and Langridge from England.

Might be a bit too much to call Ahmad a veteran, but Natsir definitely falls under that category. And the duo who has won everything there is to win is, as a badminton lover, just wonderful to watch. At the moment they are playing on pure passion for the game

But today it was not enough against world number 1 – Zheng and Huang. The Chinese duo are at the moment just better than the rest in the mixed category. Even though Ahmad and Natsir were able to force the match into 3 sets, the victory was never really in jeopardy. 21-11, 19-21, 21-17.