Race against time: Malaysia’s top pair out of European tournaments 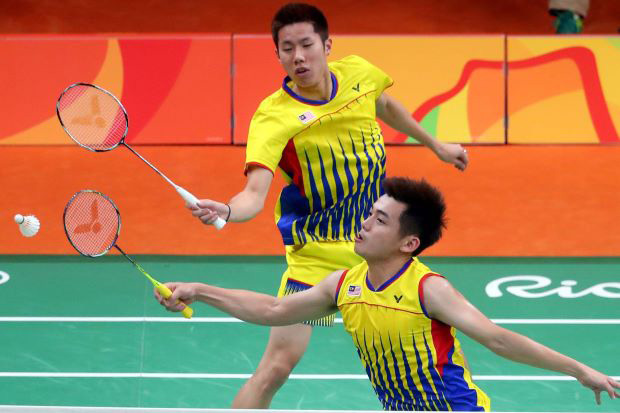 The injury Goh V. Shem left the China Open with three weeks ago has turned out to have bigger consequences than hoped. The Malaysian hadn’t been able to train since and now he and partner Tan Wee Kiong are out of Denmark Open and French Open.

29-year old Goh V. Shem got an injury in his right ankle in the second round match against Ricky Karandasuwardi and Angga Pratama from Indonesia. Goh and partner Tan lost this match with 19-21 in third game. Since then the Malaysian hasn’t been on court.

Goh V. Shem and Tan Wee Kiong form Malaysia’s best men’s double pair and are currently number 12 on the world ranking. Their best result in 2018 is a silver medal on home ground at the Malaysia Masters in January. Back then they lost to another Indonesian pair in three games, Fajar Alfian and Muhammad Rian Ardianto.

920 points away from the World Tour Finals

The injury now turns out to exclude the Malaysian duo to compete at the two upcoming World Tour Super 750 tournaments in Europe, Denmark Open from 16-21 October and French Open one week later. On top of that Goh and Tan are also racing time to qualify for the prestigious World Tour Finals in December.

Only the 8 best pairs on the “Race to Guangzhou Ranking” will qualify for the World Tour Finals – Goh and Tan are number 10 on that list, only 920 points behind number 8, Liao Min Chun and Su Ching Heng from Chinese Taipei.

Three more chances to climb up the ranking

Goh V. Shem who estimates he is at 70% at the moment is still confident though. Despite not being able to play in Europe the next two week, he believes in his and Tan Wee Kiong’s chances to qualify for the World Tour Finals anyway. His target is to return on court at the Fuzhou China Open in the beginning of November. That is another World Tour Super 750 tournament.

After that they have two more shots at Hong Kong Open and Korean Masters, and the three tournaments are crucial for making the cut to the World Tour Finals in Guangzhou.