Preview: Indonesia on top of men’s doubles at Dutch Open 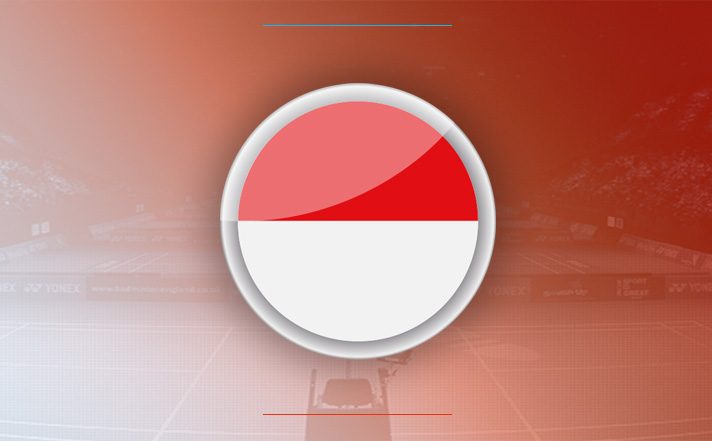 Several players are seeded in two double categories in Almere next week. No less than eight players are among the eight best entries in two categories when it kicks off on Tuesday. Four of these are playing men’s double.

The two losing semifinalists from last year’s men’s double at Dutch Open are seeded 1 and 4 this year. Indonesia is sending two pairs to Almere and they are the two top seeds. Berry Angriawan and Hardianto Hardianto top the list of seeded entries with Wahyu Nayaka Arya Pangkaryanira and Ade Yusuf Santoso taking the second spot on that list.

Angriawan and Hardianto (1) are drawn against the two brothers Christo and Toma Junior Popov from France. Christo is just 16 while his older brother is 20. Toma Junior Popov is one of just four players to have ever won the treble at the European Junior Championships (gold in the team event, men’s single and men’s double). The three others are Peter Gade, Jim Laugesen and Thomas Stuer-Lauridsen from Denmark.

Lots of Brits in the same quarter

The top seeded Indonesians are paired with local duo Jelle Maas and Robin Tabeling (5) for an expected quarterfinal. The two Dutchmen are playing Peter Käsbauer and Jan Colin Völker in first round. The semifinal in the top half draw could very well be with an English pair on one side of the net.

Marcus Ellis/Chris Langridge (3) and Ben Lane/Sean Vendy (6) as well as unseeded Matthew Clare/Michael Roe are three of the pairs defending the British colors and they have all been placed in the same quarter of the draw. Ellis/Langridge play Maxime Briot and Kenji Lovang from France in first round while Ben Lane and San Vendy are up against Arun George and Sanyam Shukla from India.

Second seeds up against qualification players

Looking at the lower half of the draw we have the other Indonesian pair, Wahyu Nayaka Arya Pangkaryanira and Ade Yusuf Santoso, as second seeded. They are drawn against a pair from the qualification in their first match.

They could have the pleasure of a local duo Jacco Arends and Ruben Jille (8) in the quarterfinal. The Dutchmen will have to surpass two Frenchmen first though – Fabien Delrue and William Villeger – and then Frederik Colberg and Joachim Fischer Nielsen from Denmark could very well be waiting in second round.

In the last quarter we have the semifinalists from 2017, 4th seeded Germans Jones Ralfy Jansen and Josche Zurwonne. Their journey towards success on Dutch land starts against Alexander Dunn and Adam Hall from Scotland. To conclude the seeded entries India’s Arjun Madathil Ramachandran and Ramchandran Shlok (7) have been drawn against a pair from the qualification.

Four pairs will enter the main draw from the qualification. Two of them (Q1 and Q2) have been drawn against each other in first round of the main draw. That increases the chances of at least reaching second round of Dutch Open for Clement Allain/Yanis Gaudin from France, Hauke Graalman/Patrick Scheiel from Germany, David Daugaard/Frederik Søgaard from Denmark, and Gijs Duijs/Brian Wassink from the Netherlands – the four pairs fighting in Q1 and Q2 on Tuesday.

First round of the seeded players in men’s double: