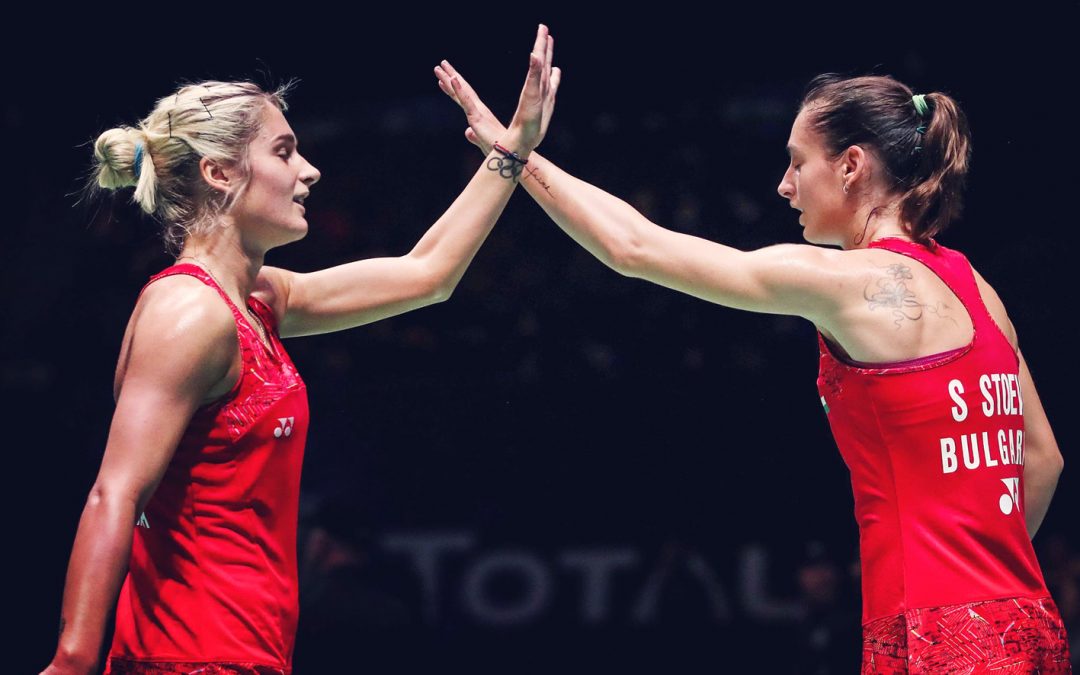 Five of the eight seeded entries in women’s double in Almere next week are from Europe. Two sisters who are European Champions top the list of seedings.

Since Kamilla Rytter Juhl retired earlier this year due to pregnancy, it is two Bulgarian sisters who form the best active pair in Europe; Gabriela and Stefani Stoeva. The two are ranked 12 in the world, which earns them the honor of being top seeded at Dutch Open this upcoming week. Right behind them is another Danish pair, which is seeded second.

Gabriela and Stefani Stoeva are drawn against Nikoletta Bukoviczki and Daniella Gonda from Hungary in first round and they should not run into major problems in that match. The first real challenge for the two Bulgarians will be in the quarterfinal where they are expected to face Canada’s Rachel Honderich and Kristen Tsai (5). As the only player at Dutch Open this year Rachel Honderich plays both single and double. In single she is seeded 3 and has a Belgian opponent in first round.

While one French pair is one of those to have withdrawn, two others are seeded and placed in the same quarter of the draw. First we have 4th seeded Emilie Lefel and Anne Tran who are facing Amalie Magelund and Freja Ravn, both just 18 years old from Denmark. It will be a tough first round for the Danish youngsters.

Delphine Delrue and Lea Palermo (8) also have Danish opponents in their first round match. In this case it is Alexandra Bøje and Sara Lundgaard who will have a small French course on court.

As mentioned the second seeded entry also comes from Denmark. That is Maiken Fruergaard and Sara Thygesen – the latter by the way being seeded second with Niclas Nøhr in mixed double as well. Denmark’s best active pair should not run into problems on Wednesday when they begin their Dutch Open adventure this year against Latvians Ieva Pope and Monika Radovska.

In the quarterfinal they could very well run into Nami Matsuyama and Chiharu Shida (6) from Japan. In that case it will be a match worth to watch. The Japanese just enjoyed great success at Chinese Taipei Open where they won the final earlier today.

The two pairs who conclude the seeded entries are the local duo Selena Piek and Cheryl Seinen who are seeded 3, and then the two Malaysians Chiew Sien Lim and Sueh Jeou Tan (7). The Dutch girls are facing the winners of qualification 1 while Chiew and Sueh must prepare for Linda Efler and Isabel Herttrich from Germany.

First round of the seeded players in women’s double: