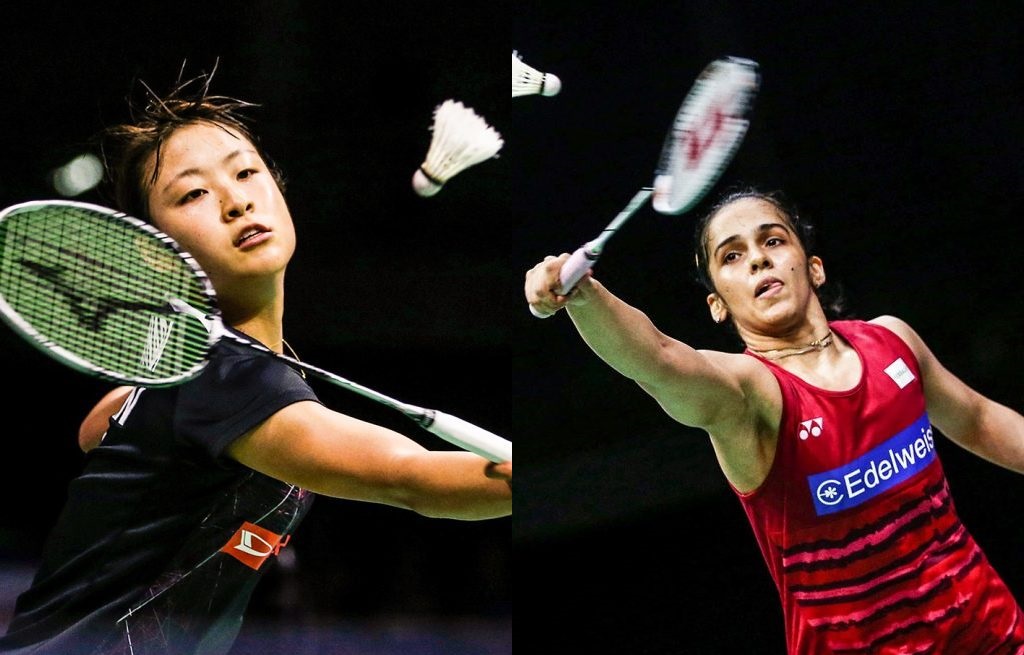 The world number 8 and 10 were up against each other in their 10th encounter today. Saina Nehwal had won 6 of the previous 9 matches against Nozomi Okuhara and today the two girls delivered quite a drama on court.

It was the Indian who won the first four encounters between the two elegant shuttlers and she also had a 6-1 lead head-to-head after All England 2017. But since then Nozomi Okuhara took over and won the semifinal at the World Championships last year and also in the team event of the Asian Games this year. Both these matches were settled in three games and today we saw yet another long battle in three games as well.

Saina Nehwal had control in the first game of the 59 minutes long match. From 9-9 she pulled away from the Japanese and she won first game 21-15. In second game the scenario was pretty much the same, however, in Okuhara’s favor instead. Up to 8-8 things were even but then the Japanese pulled away and bagged second game with the same score as first game; 21-15 and once more a third game was needed.

The third game was not a close affair at first. Saina Nehwal had good control over the game and kept Nozomi Okuhara on a comfortable distance. The Indian was up 10-5 but Okuhara nearly came back at 11-10. Once again Nehwal increased the lead to 16-10, and once again the Japanese came back.

It was 20-16 for Nehwal who was just one point from the semifinal. She failed to convert any of her four match points into victory though. Okuhara made an amazing streak with six consecutive points and closed the match in her favor. With 22-20 in third game the girls had delivered quite a drama before things were settled.

Saina Nehwal must accept a tough defeat while Nozomi Okuhara is ready for her third semifinal the past three weeks. She will face compatriots Akane Yamaguchi in the semifinal tomorrow.

The new world number one in men’s single, Kento Momota, was supposed to play compatriot Kenta Nishimoto in today’s quarterfinal at Korea Open. For unknown reasons the World Champion decided to pull out from the tournament though, so Nishimoto gets a free ride into the semifinal tomorrow.

Being a World Tour Super 500 tournament Korea Open is a level 4 tournament.