Nearly a year as no. 1 – Axelsen steps down on world ranking 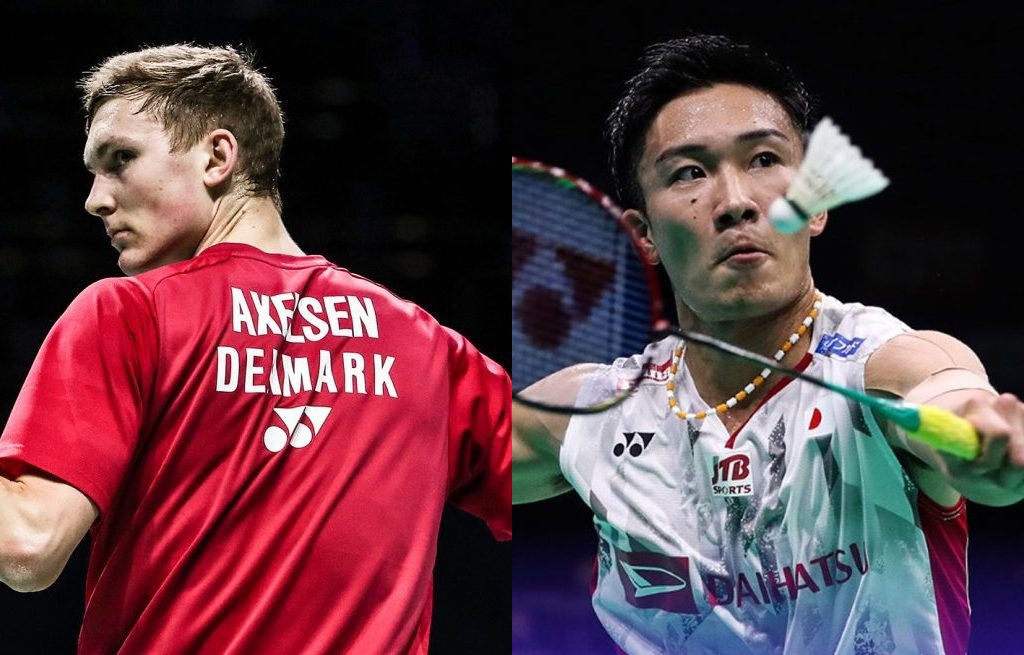 Viktor Axelsen has had a fantastic 12 months since he won the World Championships in August 2017. A month after claiming the gold in Glasgow he took the top spot on the world ranking, a spot that was his for nearly a full year.

Apart from a week in April, Viktor Axelsen would have been the world number 1 for an entire year as per tomorrow, 28 September 2018. The last weeks of playing and an extremely hot Japanese player has now changed the scenario for the Dane who drops down two spots on today’s updated world ranking.

Kento Momota is the new world number 1 as per today. The strong Japanese has had an amazing year so far and even if he loses some matches on the way, it seems that the World Champions from this year is pretty much unstoppable. It is first time ever that a Japanese player takes the top spot of the world ranking in men’s single. We are pretty confident that Momota will keep this spot for quite some time.

Viktor Axelsen has like many other players on the tour had three weeks with tournaments in Asia now. First Japan Open, then China Open, and during this week it’s the Korea Open. Axelsen lost the final at Japan Open to – yes – Kento Momota. In China Open last week the Dane lost second round and the same was the case this week in Korea.

Earlier today Axelsen lost unexpectedly to the world’s number 74 on the updated world ranking of today, Zhao Junpeng from China. It was the first loss in three matches against the 22-year old Chinese who is his country’s 7th best men’s single.

Did you miss out on our single exercises? Click here to watch them!

The Dane was lacking behind as much as 12-19 before he made a strong comeback to even the score. Axelsen even had four game points in first game today but little did it help as it was Zhao Junpeng who won first game 27-25. In second game there was no energy left in Viktor Axelsen – or should we say, there was no air left. The Dane has struggled with asthma during the past two weeks and hasn’t been his usual self. Zhao Junpeng won second game 21-9 and is now ready for the quarterfinal against Jonatan Christie tomorrow.

For the new world number 1, Kento Momota from Japan, 2018 has been an amazing year. Vietnam International Challenge, the Asian Championships, Indonesia Open and Japan Open all saw the Japanese as the winner, not to mention the biggest title of the year – the World Championship title in August. Momota lost the final at China Open to Anthony Sinisuka Ginting last week but this week he is back hunting more glory.

Funny as it is, there is one player who keeps teasing the extreme Japanese; Denmark’s Anders Antonsen. The young Dane was the only one to take a game from Momota at the World Championships and today he forced the new world number 1 into three games again.

And today Antonsen was closer than ever before to take the victory. Kento Momota needed 77 minutes to defeat the Dane 21-16 in third game and can now prepare for a new match tomorrow.

On his social media accounts Momota is obviously very pleased with his new position as world number 1. The world ranking points that counts for his position (the ten best results during the previous 12 months) have all been collected in finals; twice as runner-up and eight times as winner. It will surely take something special to knock down the Japanese from his new throne now.

In men’s double the top seeded were also eliminated today. Runners-up from the World Championships, Takeshi Kamura and Keigo Sonoda were stopped by legend Lee Yong Dae and his partner Kim Gi Jung who won in three games.

With the world number 1 in mixed double, Zheng Siwei and Huang Yaqiong, retiring in first round due to injury, Korea Open now only has two top seeds left in the tournament. Akane Yamaguchi in women’s single and Yuki Fukushima/Sayaka Hirota in women’s double.