Marín and Ratchanok: Friends off court but enemies on court today 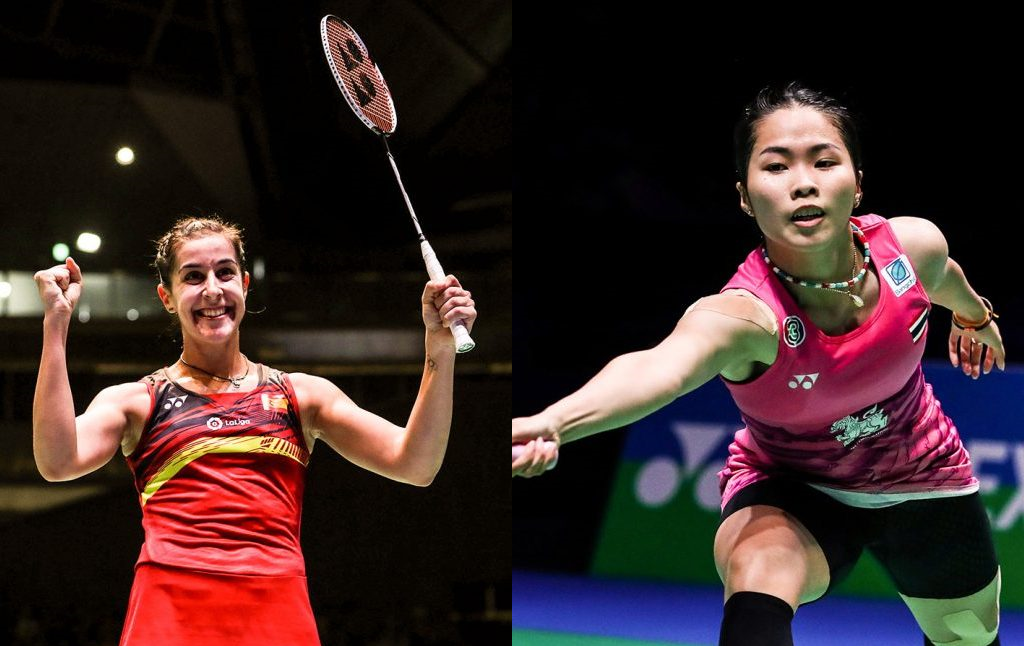 Spain’s and Thailand’s best women’s singles, Carolina Marín and Ratchanok Intanon, are known to be good friends off court. Today they were facing each other in the quarterfinal of Japan Open so the friendship was put aside for a moment.

In 2013 Ratchanok Intanon won the World Championships in Guanzhou, China, and one year later Carolina Marín grabbed the title in Copenhagen, Denmark. The two girls are very good friends off court but today they were enemies for the eight time on court. The Thai had a positive statistic against the triple Spanish World Champion; 5-2. Five of the previous seven encounters were settled in three games. Things could get really interesting today.

And interesting was exactly what it was. Carolina Marín and Ratchanok Intanon know each other very well and it showed in the way they played. First game was an extremely close fight where the two girls were even up to 18-18. Here the Spaniard added a few percentages and closed the game with three points in a row.

Second game was even closer though it seemed Marín was pulling away half-way through the game. It was 10-6 for Marín before Ratchanok took 5 consecutive points and went to mid-game interval leading by one point.

The Spaniard whose newest weapon is to leave her opponents with very short breaks between the rallies was ready for the new rally before the Thai all the time. It stressed Ratchanok who was in need of a few more seconds of rest because she was getting tired.

Ratchanok did however manage to close the new gap Carolina Marín had created after the interval and the two were all even at 19-19. But just like in first game it was the Spaniard who won the next points and the game 21-19.

That brings Marín to a semifinal tomorrow against China’s Chen Yufei in what is going to be the first encounter between the two.