Many changes in Danish badminton: Some leave Denmark, others get new partners 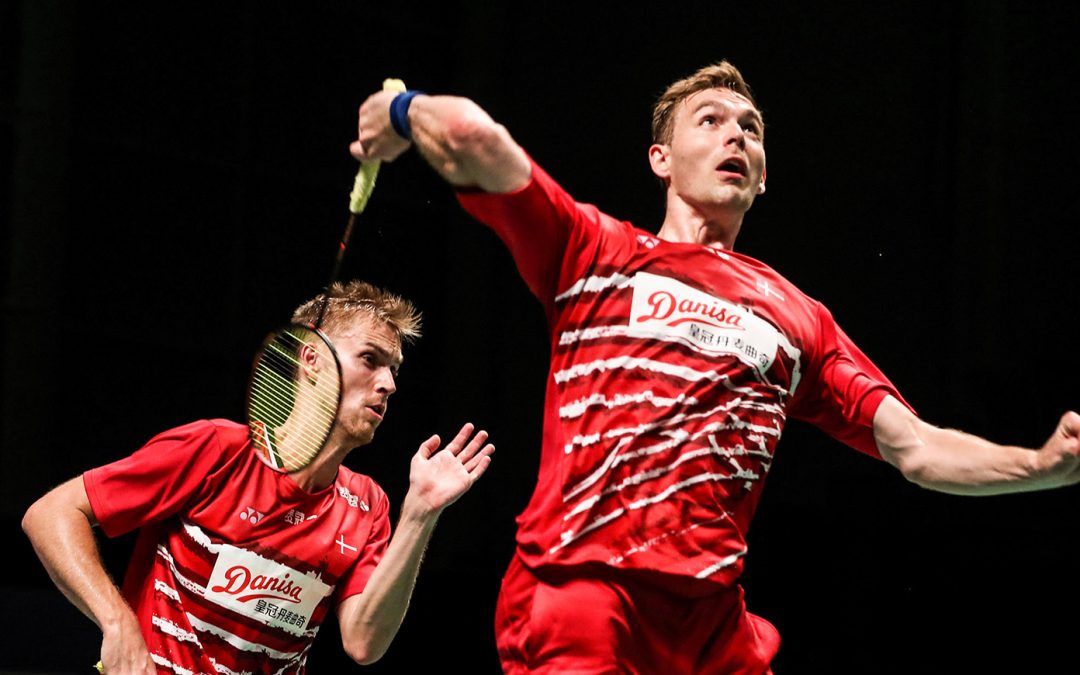 It is not only alarming news about the ongoing conflict that comes out of Denmark these weeks. There are also several changes in the constellations among the Danish players.

On 23 November Mads Kolding, Badminton Denmark and everybody else in Danish badminton got a big surprise as Mads Conrad-Petersen announced he would take a break from badminton. It is a known fact that things haven’t been good on court for Conrad and Kolding lately. They have lost in first round of their last six tournaments and dropped out of top 10.

Mads Conrad explains his break with lack of lust for badminton at the moment. He has had that feeling for quite some time now. At the same time he has been extremely sad about not having been at home with his two-year old daughter. Adding all his travel days together he has been away from his daughter for one year of her life. That has been very hard for the Danish double player.

Now his plans are to prioritize his family and “re-discover” the joy of playing badminton. While Mads Kolding respects his double partner’s decision, he was also left with quite a shock when he got the news. Whether this turns out to be a career stop for Conrad is not sure yet. Time and Conrad’s feelings in the future will show that.

The day after Denmark was appointed host of the 2020 Thomas & Uber Cup and the 2023 World Championships, another “bomb” hit the Danish medias: Mathias Boe leaves Denmark.

On 30 November the 38-year old Danish double player announced that he stops on the national training because he will leave the country. Boe informed his coaches that he needs some changes in the last years of his career. He additionally emphasizes that his stop has nothing to do with the ongoing conflict in Danish badminton.

His decision has been met with respect from all sides and Boe and Carsten Mogensen will keep playing together despite Boe’s international adventure. The Danish shuttler has been dating his Indian girlfriend for some years and wants to be closer to her now, so from now on Boe’s base will be in India and Dubai. Having been in the game for so many years it will surely not be a problem to find other training partners, and those who know Mathias Boe well will also rest assure that he has done his homework thoroughly before making his decision.

Because of Mathias Boe’s decision to move abroad, Badminton Denmark offered Carsten Mogensen to play with another partner on 1 December. This offer was immediately declined by the Danish hard-hitter who has played with Boe during most of his career.

Even though Boe and Mogensen haven’t been at their usual level since the All England this year, Mogensen still has 100% faith that the two are the right ones for each other. As Mogensen said to Danish medias; “we have a unique partnership and I still believe it’s Mathias that I have to win more titles with”.

Due to the situation with the two players living in different countries and not being able to practice together on a daily basis, the Danish badminton association gave Mogensen the offer to play with another partner and thus still be part of the national training. Now they have agreed that Mogensen will play on the national training until All England 2019. After that the association will not guarantee anything. That is, of course, depending what will happen with the conflict in Danish badminton right now.

Monday this week Badminton Denmark announced that they cannot offer Joachim Fischer Nielsen a spot on the national training anymore. The reason is that they don’t see him as a potential medal winner anymore.

Fischer’s career suffered a blow last year when the Danish top player broke his ankle at the 2017 World Championships in Glasgow. After that he a mixed double partner Christinna Pedersen were split and Fischer partnered with youngster Alexandra Bøje instead. The two haven’t managed to bring home the desired results though.

Therefore Joachim Fischer fully understands the decision by the association, however, he is obviously sad about it. Mostly because his career at the national training is facing an end; his last day was agreed to be on 1 March 2019 but again the conflict that has arisen will most certainly affect this.

Finally Badminton Denmark has decided to pair up Mads Kolding with new partners in two categories.His primary focus will be changed to mixed double, which he played with Kamilla Rytter Juhl until 2015. From now on he will partner with 18-year old Alexandra Bøje.

We will still see the tall Dane with the hardest smash in the world in men’s double though; he and Niclas Nøhr will partner up when their respective primary focus on mixed doubles allows this. Nøhr plays mixed double with Sara Thygesen today.