Lots of rematches from Denmark Open at French Open 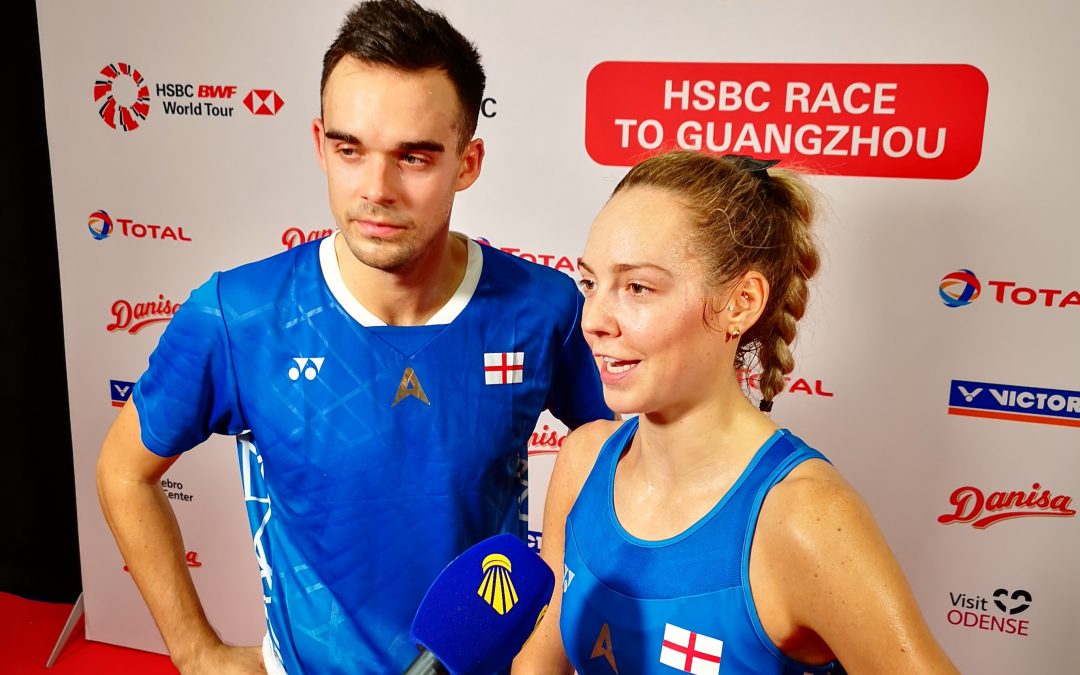 There are lots of rematches from Denmark Open at the Stade Pierre de Cubertin in Paris this week. Many of those players who met each other last week have run into each other again this week at French Open.

In second round yesterday Gregoria Mariska Tunjung and Mia Blichfeldt battled for the second time in exactly one week. The scenario was the exact same as the one from Denmark Open; the two were fighting for a spot in the quarterfinals. And just like last week in Odense, the two girls needed three games to find a winner yesterday in Paris. The match was exactly as close as one week ago and even ended with the same score in the decisive game; 21-11 for Tunjung who will play Akane Yamaguchi later today.

England’s best mixed double, Chris and Gabrielle Adcock, were eliminated in the quarterfinals of Denmark Open last week by the Chinese world number 1, Zheng Siwei and Huang Yaqiong. The Chinese later won the tournament and this week the two pairs were up against each other again. This time it was one round before, in second round, but the outcome was the same. The Adcocks were far from threatening the top duo from China who won comfortably in straight games. In the quarterfinal today Zheng and Huang eliminated yet another English pair, Marcus Ellis and Lauren Smith, in straight games as well.

Another women’s single also saw a rematch of last week when Nozomi Okuhara had a new chance to defeat runner-up from Denmark Open, Saina Nehwal. Last week the two top shuttlers needed three games before they found a winner, just like Tunjung and Blichfeldt. And yesterday the scenario here was the same again. For the second week in a row the Japanese did however not succeed in surpassing the Indian. Nehwal once again drew the longest straw in a match of 72 minutes as she won 21-17 in third game.

Rematch of final awaiting us

Tonight we will see a rematch of the women’s single final from Denmark Open as the draw has placed Saina Nehwal in the quarterfinal against Tai Tzu Ying. Both players seem to be in an outstanding shape these weeks so there could be an interesting battle waiting for us.

Another interesting rematch is the men’s single quarterfinal between the winners of Denmark Open from the last two years; Kento Momota who took the title five days ago and Kidambi Srikanth who won in 2017. Momota eliminated the Indian in the semifinal last week and today they meet again. Whether Kento Momota is able to keep on winning or if he is getting a bit tired now, that is something we will know after the matches today.

You can see all results here: