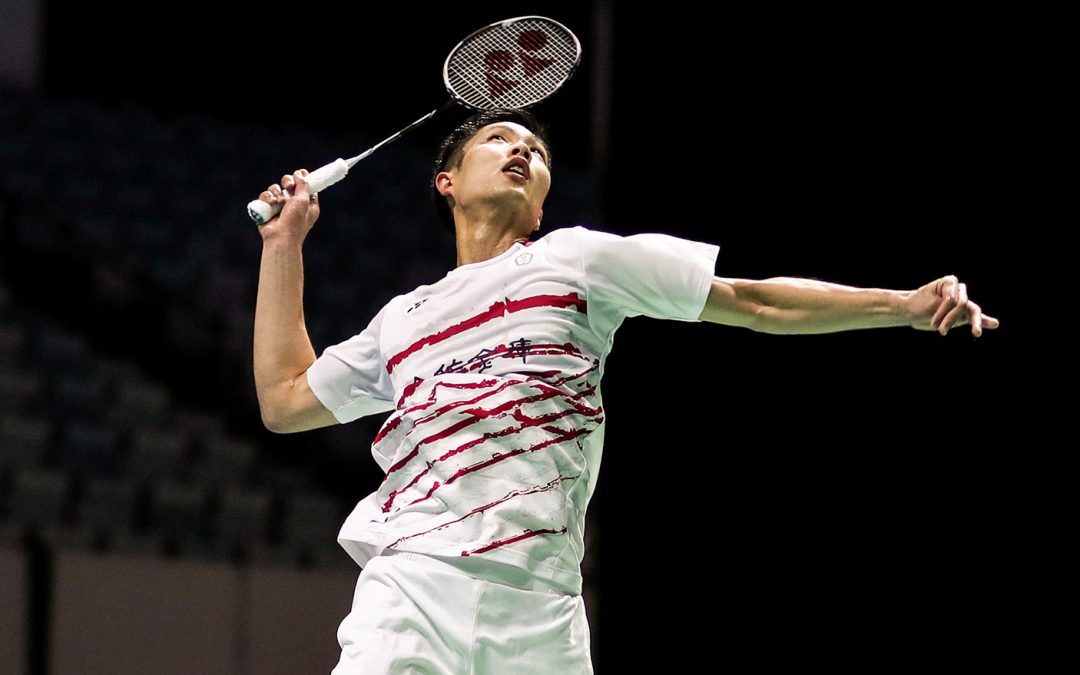 As in men’s double, Indonesia also had two shots in the bag for making it into the men’s single final. The host nation has surely had a nice week with both Jonatan Christie and Anthony Sinisuka Ginting securing medals for their country.

Unseeded Jonatan Christie, who started his journey this week by eliminating top seeded Shi Yuqi on Friday, was in the semifinal today against Kenta Nishimoto from Japan, seeded 8. The Japanese had been on court 108 minutes to reach the semifinal – Christie had played 100 minutes more.

It was Kenta Nishimoto who got the best start and he had a comfortable 5-point lead at interval in first game. Slowly but steadily, and with the full support from the thousands of local spectators at the Istora Senayan arena, Christie took over the game. The turning point was at 15-13 for the Indonesian who grabbed first game 21-15.

Second game belonged to the Japanese. Jonatan Christie made far too many errors and couldn’t keep his level from first game. It was too hard for him to come back and Nishimoto took second game with the same scoring as he lost the first; 21-15.

Then followed a dangerously exciting third game. Christie was leading 19-16 and could smell the victory but moments later Nishimoto had equalized to 19-19. The Indonesian asked to have the court wiped but this was reclined by the umpire. Whoever would miss out on the final would surely have given his all in the attempt. After 71 minutes the match was over.

Jonatan Christie won 21-19 and qualified for his biggest match ever, the Asian Games final and even on his home soil in Jakarta. The only thing that could make it bigger was if Anthony Sinisuka Ginting could follow up and secure an all-Indonesian final.

82 minutes decided the other finalist

Anthony Sinisuka Ginting eliminated Kento Momota and Chen Long in straight games the last two days and had a 3-1 head-to-head lead against his opponent in the semifinal today, Chou Tien Chen from Chinese Taipei. With the full support from thousands of local spectators things were set for something big for the local hero today.

And everything looked good for Ginting and Indonesia in first game, which he won 21-16. Just one game away from an epic final between two Indonesians in Indonesia. But Chou wasn’t out yet. On the other hand he grabbed a very close second game with a two point margin – 23-21 and one more three game match was coming.

In third game Ginting suffered all the way and at no point the Indonesian was leading the game. Chou Tien Chen secured himself a place in the final tomorrow with 21-17 in what ended up being the longest match of the semifinals today; 82 minutes in total.

So we will not get another all-Indonesian final in men’s single this time, but it is of course also very nice to see different countries being represented in the matches for silver and gold.