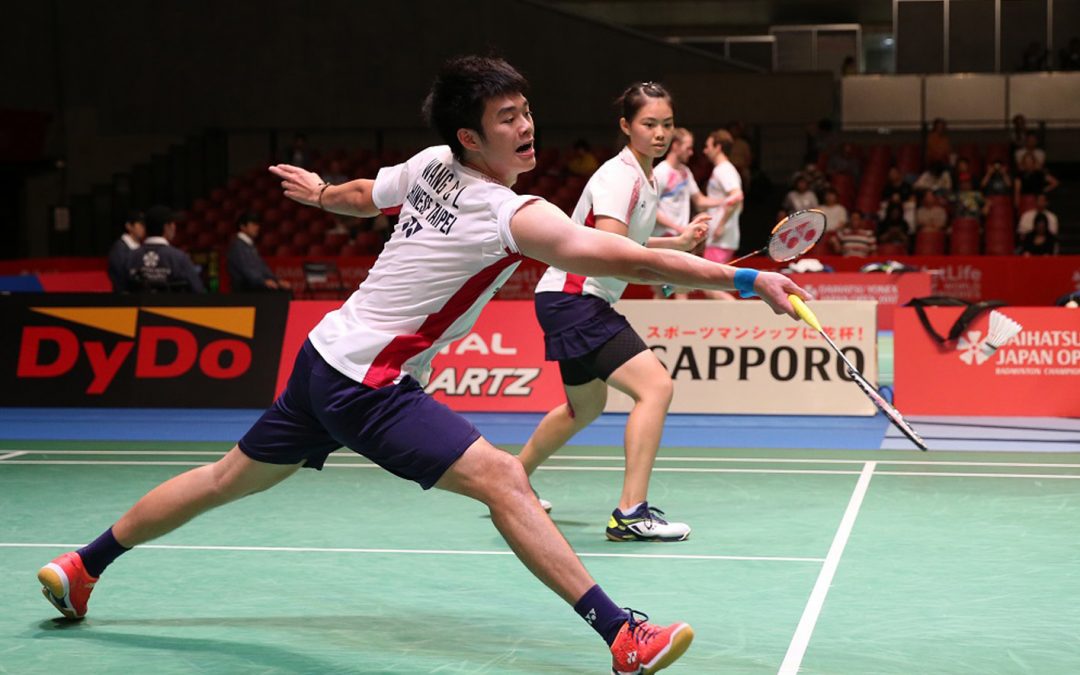 Sadly the reigning Olympic Champions in mixed double, Tontowi Ahmad and his new partner Winny Oktavina Kandow, have withdrawn in what should be their debut tournament together. Focus in mixed double is instead on some of the local Taiwanese players.

With half of the entries into the main round being from Chinese Taipei as well, it would almost be surprising if the hosts aren’t represented in Sunday’s mixed double final. But first they all have to play a few matches the days before that.

While some of the first round of mixed double have been played today, top seeded Wang Chi-Lin and Lee Chia Hsin have their first match tomorrow against compatriots Lin Chia Hao and Liu Chiao-Yun, who came through the qualification. Second seeded Lee Yang and Hsu Ya Ching however have already been on court. They won their first round match against Yeung Shing Choi and Fan Ka Yan from Hong Kong in straight games.

Chen Tang Jie and Peck Yen Wei from Malaysia are seeded 3 and needed three games today before they were ready for second round. It was Hongkongers Tam Chun Hei and Ng Shiu Yee who put pressure on the Malaysians. Hong Kong’s 4th seeded Chang Tak Ching and Ng Wing Yung didn’t manage to make it into second round either as they lost in straight games against locals Chang Ko-Chi and Cheng Chi Ya.

It’s a local pair who was promoted from the qualification to replace 5th seeded Tontowi Ahmad and Winny Oktavina Kandow, who unfortunately withdrew from Chinese Taipei Open. They couldn’t benefit much from this though as they lost first round to compatriots Yang Po-Hsuan and Wu Ti Jung. Other Indonesians, Rinov Rivaldy and Pitha Haningtyas Mentari (6), had an easy day in the office though. Their opponents had also withdrawn so they won on walkover in their first round.

Finally the 7-seeded Japanese Kohei Gondo and Ayane Kurihara as well as 8-seeded Indonesians Alfian Eko Prasetya and Marsheilla Gischa Islami are all ready for second round after successful first rounds earlier today.

The draw and first round results for the seeded players: