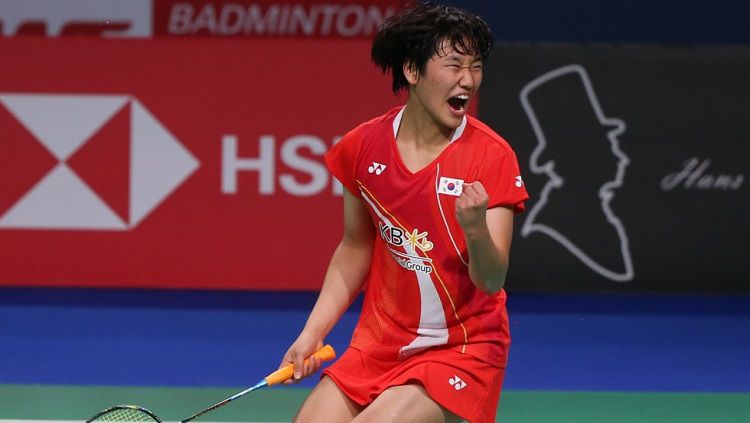 Lin Dan is not going to participate in the World Tour Finals
Lin Dan, who defeated Japan’s representative in the 2019 Korea Masters Final , Kanta Tsuneyama, lost two straight games 24-24 and 21-12. These results dashed Lin Dan’s hopes of fighting in the BWF World Tour Finals. As per the rules, the 2019 BWF World Tour Finals can only be followed by eight of the world’s top ranked players from each number. Lin Dan who came in 9th had a chance if he won the 2019 Korea Masters. Previously, the two Olympic gold medalists competed for one place remaining in the 2019 BWF World Tour Finals with Wang Tzu Wei (Taiwan) and Ng Ka Long Angus (Hong Kong). In terms of achievements, Lin Dan’s achievements this year are less impressive by only winning one title, the Malaysia Open 2019. However, the points collected by Lin Dan were quite large because he diligently entered the tournament.

An Se Young triumphs in style over Sung Ji Hyun in final
In a one-sided match where she once again displayed her class, An Se Young registered an emphatic win against her senior compatriot. In another big step towards achieving greatness, 17-year old An Se Young of South Korea defeated her senior compatriot Sung Ji Hyun to capture the women’s singles title of BWF World Tour Super 300 Korea Masters title. This victory comes just a few weeks after her breakthrough triumph in the Super 750 French Open event. In a surprisingly one-sided contest that lasted for just 45 minutes, An got the better of Sung 21-13, 21-17. Sung, who has been without a major title for a long time, will have to continue her wait. The match started with a couple of good cross-court smashes from the senior player which suggested she was up for the challenge. However, An soon got herself going. The teenager was playing a good all-round game. Her crisp and well-placed cross-court smashes along with great retrieving took her ahead of the former World no. 1 at the mid-game interval. After the break, her play became even better as she starting building up a healthy lead over Sung Ji Hyun. The latter seemed unable to answer the great shot-making and tenacious retrieving of An. The first game was easily captured by the rising star.

The second game was also heading the way of An and she seemed destined for an easy victory. However, Sung wasn’t going to go down without a fight. She started fighting back thanks to some wonderful smashes of her own and also greater perseverance in sending back shots from the other side. From 11-15 down, the former Sung leveled the score and even went into the lead. But one always felt that Se Young can take the game to the next gear. This is exactly what she did and finished off the match without much more fuss. An Se Young didn’t just win this tournament, she did so without dropping a single game. This included her semi-final against top-seed Akane Yamaguchi of Japan. The maturity that the South Korean teenager shows in her game suggests more great results ahead. Badminton fans would love to see more matches of her against top players in the coming days.

No titles for Malaysia
Lee Yang / Wang Chi-Lin’s win with a score of 21-19, 20-22 and 21-19 made this pair the only representative of Taiwan to win the title. While the defeat of Goh V Shem / Tan Wee Kiong sent Malaysia home without a title. Down as a seventh-round pick, the pair began slowly before losing 19-21 in the first set. They then set their sights on a good play in the second set before winning 22-20. However, the former Rio 2016 Olympic silver medalist failed to make it to the third set and was forced to miss the title with a 19-21 defeat.

A fight between countrymen in the women’s doubles
Nami Matsuyama / Chiharu Shida who fought against his country mate, Misaki Matsutomo/ Ayaka Takahashi and successfully won after winning with a score of 15-21, 21-17 and 21-18.

Failed to win the first title of the season in the mixed doubles
For mixed doubles, the winner of the Korea Masters 2019 came from representatives, Hong Kong, namely Tang Chun Man / Tse Ying Suet. Tang / Tse successfully won the mixed doubles competition because they defeated Goh Soon Huat / Lai Shevon Jemie (Malaysia) in the final. Goh Soon Huat-Shevon Lai, failed to capitalize on a chance to win the first title of the season. In today’s final, the pair lost 14-21, 15-21 to Hong Kong’s Tang Chun Man-Tse Ying Suet in 34 minutes. It was also the fourth consecutive time Soon Huat-Shevon lost to the pair in the 12th ranking of the world.