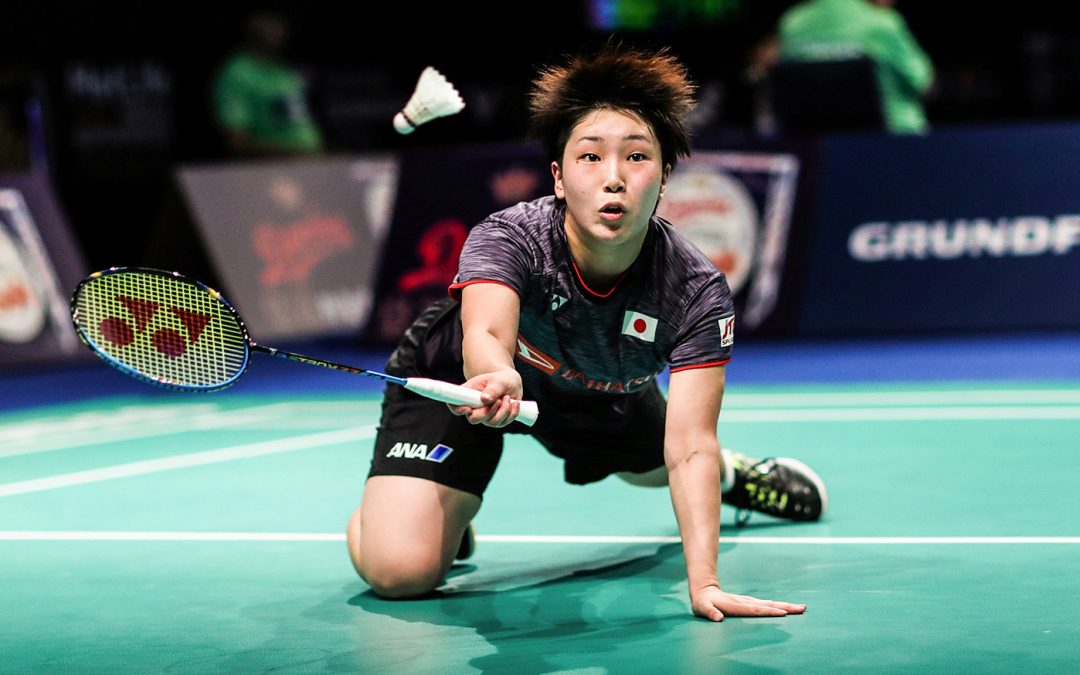 The local success in women’s single at Japan Open has become smaller every year since 2015 where they won silver and gold. Two bronze in 2016 and one in 2017 has to be changed to something better now.

The hosts have seven entries in the women’s single draw so changes for local success are there. It is however, as usual one might say, a Taiwanese player who is top seeded to go with the title. World no. 1 Tai Tzu Ying still has more than 10,000 points down to number two on the ranking and has been sitting tightly on the position as top seeded in women’s single for some time. In Japan Open she had been drawn against Soniia Cheah from Malaysia and in second round the winner will face Beiwen Zhang, USA, or Chen Xiaoxin, China.

Japan’s best ranked player is second seeded Akane Yamaguchi who is up against Tai Tzu Ying’s compatriot, Pai Yu Po, in first round. The last encounter between the two finished 24-22 to the Japanese in third game. Also here the winner has Chinese or North American opponent in second round in either Cai Yanyan or Michelle Li.

Several Japanese up against seeded players

It’s one of the local girls who has the pleasure of third seeded Pusarla V. Sindhu who is drawn against Sayaka Takahashi. The two are battling for a meeting with Gao Fangjie or Nitchaon Jindapol in second round. Minatsu Mitani is the second Japanese girl to face a seeded player in first round as she has been drawn against Ratchanok Intanon who is seeded 4. The winner will most likely be up against the World Junior Champion in second round, Indonesian Gregoria Mariska Tunjung.

Denmark’s best, Mia Blichfeldt, had a great scalp when she defeated Chen Yufei from China at the Uber Cup finals in May. The two will have another chance for settling things as they face each other in first round. Blichfeldt is currently ranked 18 in the world and Chen is number 5, same number as her seeding. And as if it wasn’t enough with two Japanese girls having drawn seeded players in first round, Saena Kawakami adds to that statistic. She has the doubtful pleasure of the triple World Champion, Carolina Marín, who is seeded 6.

Top player will be out in first round

There will be a very big clash already in first round where we will see a top 10 player being sent out. That’s because 7th seeded He Bingjiao is up against Saina Nehwal, currently no. 10 in the world. It is the first encounter between the Chinese who recently won a bronze medal at the World Championships and the Indian who has several titles in her bag already.

Finally Japan closes the list of seeded players with Nozomi Okuhara, the elegant World Champion from 2017 who is seeded 8. Okuhara is very hungry for success after she had to withdraw from the semifinal last year due to injury. She is facing Cheung Ngan Yi from Hong Kong in her first match and has the possibility of being part of an all-Japanese clash in second round. Sayaka Sato or Lee Chia Hsin is waiting for the winner in second round.

As usual there are many players who have a realistic potential to go all the way and take the title in Japan Open next week. Tai Tzu Ying aims to live up to her world ranking, Akane Yamaguchi and Nozomi Okuhara aim to bring glory to their country on home ground, Carolina Marín aims to ride of the giant wave from the World Championships, and Pusarla V. Sindhu aims to convert silver to gold. Just to mention some of them…