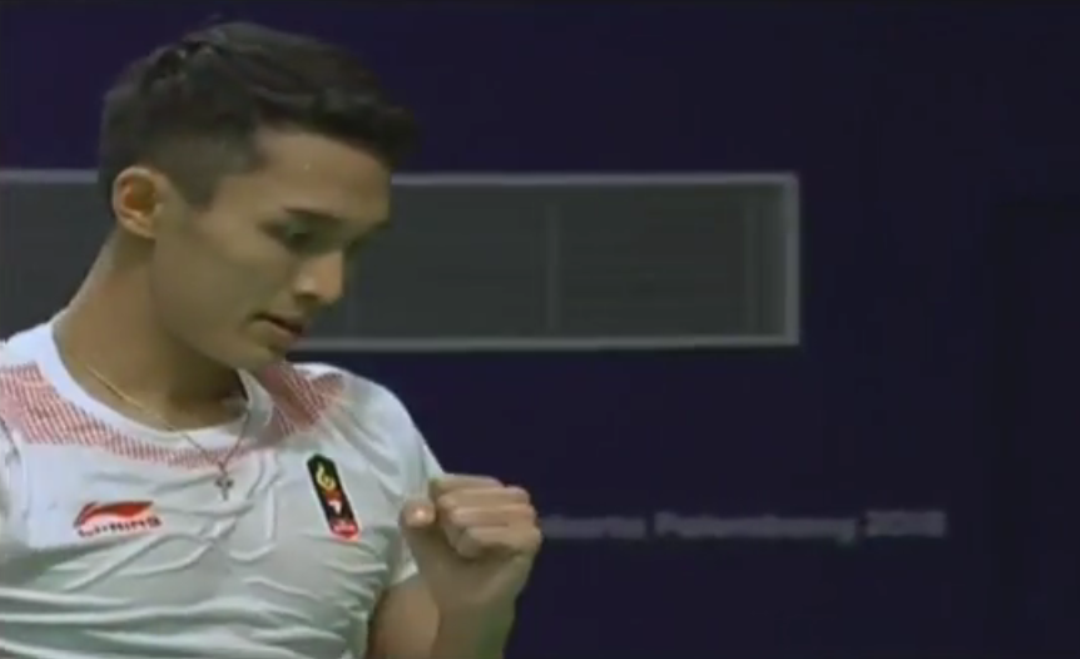 Indonesia was represented in two of today’s three finals at the Asian Games so the good atmosphere was guaranteed in Jakarta’s famous Istora Senayan arena. Two nearly identical players started the day…

Local hero Jonatan Christie had qualified for the final via three of the longest matches of the men’s single category so his legs will most certainly need a good rest once the final is over. His opponent of the day, Chou Tien Chen from Chinese Taipei, destroyed Indonesia’s dream about a final between two Indonesians as he defeated Anthony Sinisuka Ginting in the semifinal yesterday. According to the official statistics from the Asian Games website Christie is 179 cm high and weights 79 kg – Chou is 180 cm high and weights 78 kg. So the two players are quite similar in physical terms.

Chou got the first few points of the final but it was the Indonesian who quickly took over first game. 10 minutes into the game Jonatan Christie went to interval with an 11-8 lead and even though Chou nearly caught up with him at 15-14, he managed to stay in front. Christie secured himself a good start by taking first game 21-18 and the fully packed arena was in joy.

Second game was a bit similar, however, with Chou ahead of Christie. This time Chou was leading at interval and he kept building on to his lead. At 17-13 for the 4th seeded player from Chinese Taipei it looked like three games but when Christie leveled the score at 20-20 hopes were high for the Indonesian. But hopes aren’t enough and Chou forced the match into a third game with 22-20.

Who will prove strongest?

Now there was no space for mistakes. Both players obviously wanted to give their all and everything to take the gold. It was 5-4 for Jonatan Christie after 5 minutes and things looked close and interesting. Then the Indonesian rocketed off and changed side at 11-7 after 10 minutes. He built on to a very comfortable lead of 17-9 just five minutes later. Then came the rubber-legs…

Chou slowly narrowed in the 8-point lead to just four points. Some Indonesian spectators must surely have gotten a little nervous. But with a couple of strong rallies their local hero managed to close the match 21-15. The noise was amazing! Istora Senayan exploded in joy and Indonesia’s unseeded Jonatan Christie claimed the Asian Games gold for the first time in his career! He got silver with the men’s team just six days ago, and now he added an individual gold medal. Not a bad week for the 20-year old Indonesian who got his fifth win against Chou Tien Chen in just as many attempts.