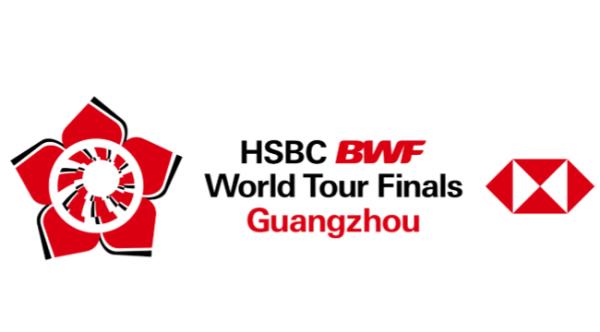 At this time, 15 places have already been found in this weekend’s semi-finals, but it remains to be determined which five players/couples will grab one of the coveted places in the semi-finals. Axel’s exit was among the more notable, as was the world’s second in men’s singles, Chou Tien Chen, also eliminated when he lost in two sets to Chen Long on Friday. In the women’s singles, world champion Pusarla V. Sindhu also had to leave the season finale after the group stage. Several big names can still be eliminated at this time.

Axelsen retired against Ginting
Ginting Indonesian men’s singles, Anthony Sinisuka Ginting locked the semifinal tickets to the 2019 World Tour Finals.  Anthony qualified for the semifinals as Group B winners after winning over Viktor Axelsen (Denmark) who decided to retired .  The 2018 China Open champion won 13-6 over Viktor Axelsen in the final group stage match. With these results, Anthony recorded two wins and one defeat.  The day before, Anthony won straight game 21-12, 21-11 over Chen Long.  As for the first match, Anthony lost the rubber game to Chou Tien Chen (Taiwan) 21-11, 15-21, 23-25.  One other semi-final ticket is owned by Chen Long (China), who is superior in game difference to Chou Tien Chen (Taiwan).

Anthony Ginting started the first game pretty well. He immediately won 5-0 over Viktor.  Anthony continued to push Viktor until he was superior to 8-3 and closed the first game interval 11-4. After the interval, Anthony Ginting continued to maintain his lead.  Anthony is 13-6 over Viktor who has not been able to penetrate his defense.  However, at 13-6, Viktor decided to withdraw from the match.

China clinches two semifinal places
China heaved a sigh of relief as Chen Long and Zheng Si Wei/Huang Ya Qiong clinched last-gasp semifinals places at the HSBC BWF World Tour Finals 2019 today. Facing a must-win situation, Chen Long defeated Chou Tien Chen in his final group match to secure his last-four place from men’s singles Group B. Chen, who went down in straight games to Anthony Ginting yesterday, expertly handled Chou’s wares to deny him in a close second game finish, 21-15 21-19. Chou, who admitted he had yet to solve Chen’s challenge in nine matches, would have hoped for Viktor Axelsen to beat Anthony Ginting in the last Group B match, but that possibility was nullified when Axelsen retired 13-6 down against Ginting, citing a strained right hamstring muscle and pain in his right groin. That meant General Competition Regulation 16.2.5 came into play: “If illness, injury, disqualification or other unavoidable hindrance prevents a player/pair completing all the group matches, all the results of that player/pair shall be deleted. Retiring during a match shall be considered to be not completing all group matches.” With all of Axelsen’s match results deleted, Ginting, Chen Long and Chou Tien Chen were level with one win and one loss each. However, Ginting topped the group with the best game difference of 1, followed by Chen Long who had a game difference of 0. Chou missed out as his game difference was -1.

Jojo failed to win over Momota
Jonatan Christie failed to follow in the footsteps of his miserable partner, Anthony Sunisuka Ginting to advance to the semifinal round of the 2019 BWF World Tour Finals . Jojo – nicknamed Jonatan – who joined in Group B failed to overcome the Japanese men’s singles, Kento Momota. Jonathan had a hard time serving Kento Momota attacking balls since the beginning of the match. Jonatan who failed to get out of the pressure finally had to give up in the first game with 14-21. Similar conditions even repeated in the second game. Momota appeared so confident as if he could read Jonatan’s return ball. The attack strategy that was again applied by Momota also made it difficult for Jonatan to again fail to win the second game with 14-21. With this result, Indonesia has one representative in the men’s singles number to qualify for the semifinal round of the 2019 BWF World Tour Finals namely Anthony Sinisuka Ginting.

Ready for the semifinals in the women’s singles
Nozomi Okuhara and Tai Tzu Ying sailed into the semifinals from women’s singles Group B at the HSBC BWF World Tour Finals 2019 today. Okuhara kept a clean slate in the group, winning her third match against Ratchanok Intanon, who, after a tough battle against Tai yesterday, appeared unable to handle the pace of the Japanese. The Thai went down 21-14 21-12 in 40 minutes.

Tai had to avoid a straight-games defeat to Busanan Ongbamrungphan to secure her place. She did better, leaving the Thai forlorn with her mix of strokes. Ongbamrungphan was flummoxed by Tai’s range, particularly the delayed shots by which she kept her in a constant state of indecision. The victory was achieved in just 31 minutes, 21-14 21-9.“I made some mistakes in my first match that I shouldn’t have, so I tried to reduce my errors today,” said Tai.“I had a fall yesterday and was a little hurt, but I recovered well for today. I won the Dubai season-ending tournament twice, I liked the trophy. I hope I can win here as well, because I like this trophy too!” Okuhara has looked solid this week; after her narrow opening victory over Tai, she has been unchallenged in the next two. “She is a difficult opponent, but she was tired today as she had a tough match yesterday. I just had to keep up my speed,” said Okuhara.

Taking a win despite exit
PV Sindhu’s title defence at the BWF World Tour Finals 2019 might be over but the Indian will return home with a win to show from her group stage appearance as she beat He Bingjiao in the final match to finish Group A on third. Sindhu, who lost to Akane Yamaguchi and Chen Yufei in her first two matches of the tournament, beat China’s Bingjiao 21-19, 21-19 in 42 minutes and condemned the Chinese to a last-place finish in the group. Despite the exit from the tournament, Sindhu will take heart from her performance against Bingjiao and the fact that Sindhu registered her first win over the Chinese in five attempts. Sindhu had last defeated Bingjiao at the Dubai World Superseries Finals in 2017 after which she lost to the Chinese at Indonesia Open 2018, French Open 2018, China Open 2018 and India Open 2019. From Group A, Yufei and Yamaguchi have advanced to the semi-finals with the Chinese finishing on top of the group with three wins in three matches. From Group B of the women’s singles, Nozomi Okuhara and Tai Tzu Ying have reached the last four with the former topping the group with all the three victories.

Bingjiao started the match on a high as she got off the blocks to take a 7-3 lead. Despite a few attempts from Sindhu, Bingjiao went into the break with an 11-6 lead. After the break, Bingjiao managed five straight points to open up a massive 16-7 lead before making it 18-9. However, that was the moment when Sindhu’s resurgence began. Sindhu took control of the match and started played more aggressive and pro active as she went on to take the next nine points to equalise at 18-18. Even though Bingjiao took the next point to make it 19-18, Sindhu went on a run of three straight points to take the snatch the first game from the Chinese. The second game remained in the grip of Sindhu as she went into the break with an 11-8 lead. Sindhu then opened up an 18-13 lead as Bingjiao looked troubles and shaken by the way the Indian had taken the first game. However, the Chinese did fight back to make it 16-18 before Sindhu bagged three match points at 20-17. Bingjiao saved two match points but at the third opportunity, Sindhu played a beautiful and spinning tight net shot to set up a smash opportunity and took the match.

The Daddies are ready for the semifinals
Hendra / Ahsan lost to Chinese Taipei pair Lee Yang / Wang Chi-Lin with a score of 18-21 and 18-21 in the final match of Group B. Despite losing, the pair nicknamed The Daddies still qualify for the 201F BWF World Tour Finals semifinal  with 2019 runner-up status of Group B. Hendra insists he will perform even better in the semifinal match. He claimed to be back thinking about the strategy that will be implemented with Ahsan in the last four.“The opponent today is indeed not easy to beat. Now the point is, like it or not we have to be ready again from today. For the time being, it is important that we advance to the semifinals. After this we think of a good strategy for the next match,” Hendra said. The world’s second-ranked men’s doubles have been under pressure right away from the first game, even to the end of the second game. Apart from the slickness of Lee / Wang’s game today, Mohammad Ahsan admitted he could not perform optimally because he felt a little pain in his right arm. “I have a little pain in my right arm, so indeed today I personally am a bit less optimal playing. But, it must be acknowledged that today’s opponents are not easy to beat. Actually we have applied our own pattern of play from the start, but indeed the opponent gave us resistance which was not easy. They played well today, “Ahsan said after the match.

The minions have secured themselves a space in the semifinal
The world’s best men’s doubles from Indonesia, Marcus Fernaldi Gideon / Kevin Sanjaya Sukamuljo are certain to qualify for the 201F BWF World Tour Finals semifinals. Certainty was known after the pair nicknamed The Minions won in the first set, 21-16, against Japanese representative, Takeshi Kamura / Keigo Sonoda. The Minions will not interrupt each other with their compatriot, Muhammad Ahsan / Hendra Setiawan who qualifies as runner up in Group B. But couples who are from the same group can be drawn face to face again in the semifinals.

A must-win situation in the mixed doubles
It was a close call for Zheng and Huang, who, like Chen Long, were in a must-win situation. They started off well enough, taking the opening game quickly, but Praveen Jordan and Melati Daeva Oktavianti found their rhythm and it was neck-and-neck in the third. When they blew two match points – Zheng and Huang misjudged the shuttle at the same spot on consecutive points – the Indonesians suddenly had the momentum, but Huang stepped up as she had done so many times previously, and found the winner at the net. A final mishit from Jordan gave the Chinese the win they were looking for, 21-8 15-21 22-20. “They’ve beaten us twice in a row and were playing quick once again,” said Huang. “We were a bit anxious when having two match points, but we composed ourselves in time.” Zheng and Huang finished second in Group B behind Yuta Watanabe and Arisa Higashino, who sealed their third win on the trot beating Hafiz Faizal/Gloria Emanuelle Widjaja 21-14 21-12.

Get an overview of the results here