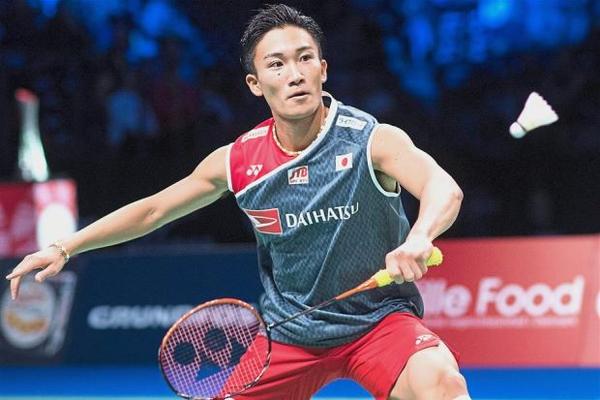 Day two of this year’s World Tour Finals are now over. Have some players lost the hope of winning the grand trophy and who are comfortable through the semifinal tomorrow? Find out here!

Gintings first win
The sweet results of Indonesian men’s singles, Anthony Sinisuka Ginting , when faced with the representative of China, Chen Long, on the second matchday of Group B BWF World Tour Finals 2019. Anthony managed to defeat Chen Long in straight sets with a score of 21-12 and 21-11. This was Anthony’s first victory in the BWF World Tour Finals 2019 stage. Because, in the inaugural match of Group B, Anthony had to surrender from Chou Tien Chen (Taiwan) in a rubber game battle that ended with a score of 21-11, 15-21, and 23-25.

One last hope for Axelsen
Men’s singles player Viktor Axelsen lost his second group match at the season finale. In doing so, he now needs help and he needs to deliver a great result to move on. The fate of Viktor Axelsen at the season finale in China is no longer in the Dane’s own hands after losing to world number two Chou Tien Chen on Thursday. The Dane otherwise got off to a perfect start to the match and won the first set 21-12, but then lost 12-21, 15-21 in the last two sets. In the decisive set, Axelsen was up to 15-16 before his opponent took the final five points in a row. The defeat means that Axelsen is now under maximum pressure in the season finale, though he still has the chance to play in the semi-finals. On Friday, the crucial group matches are played, and here Axelsen is dependent on just Chou Tien Chen clearing the table and thus beating Chinese Chen Long in the final match. At the same time, Axelsen himself is forced to beat Indonesian Anthony Ginting in two sets. All other scenarios will send Axelsen out of the season finale.

Momota takes the win against Antonsen
Anders Antonsen fought and forced Kento Momota out in three sets before the Japanese won the final in the season finale. The Dane won the first set 21-19, but after a great game of the match, Antonsen lost the second set 15-21, and so did the digits of the third set in the Japanese favor. Thus Kento Momota won the match, and Anders Antonsen has two defeats in Group A, where he has also lost to Jonathan Christie, but the world ranking number three can not yet be written out of the season finale. On Friday, Anders Antonsen meets Tzu-Wei Wang from Taiwan, winning Antonsen in two sets, while Momota wins in two sets against Christie, then the Dane advances from the group.

PV Sindhu loses to Chen Yufei, title defence falters in group stage
Defending champion PV Sindhu’s campaign in the year-ending BWF World Tour Final ended after the Indian lost to China’s Chen Yufei 22-20, 16-21, 12-21 on Thursday. Just like in her campaign opener against Japan’s Akane Yamaguchi on Wednesday, Sindhu squandered a game advantage to lose yet again in a one hour and 12 minute match, bowing out of contention for the knockouts. Trailing 17-20, Sindhu staged a dramatic turnaround to score five straight points and claim the first game. However, the Chinese rallied to win the second game after a strong start. Chen Yufei, who has been in rampaging form this season having won all six of her finals, including the All England Championships, carried the momentum into the decider and left Sindhu stunned with her wide repertoire of shots.

In Group ‘B’, Tai Tzu Ying of Chinese Taipei kept his chances in the semifinal alive by beating Ratchanok Intanon of Thailand 11-21, 21-18, 21-16. Tai, who lost with Nozomi Okuhara on Wednesday, she recovered after losing the first game to beat Intanon, the only top player to have a better record against world number 1. Okuhara improved his chances of semifinals by recording his second victory by beating Busanan Ongambrungphan of Thailand 21-12, 21-10. If Tai defeats Busanan and Ratchanok defeats Okuhara on Friday, it will be a three-way tie that will be decided based on points and games.

The Daddies are on step closer the victory
Indonesian men’s doubles, Hendra Setiawan / Mohammad Ahsan, won a second victory in the 201F Group B World Tour Finals in 2019 after defeating Taiwanese pair Lu Ching Yao / Yang Po Han. This victory ensures their steps qualify for the semifinals. The Daddies which they are usually called, won after playing three sets. The final score is 21-10, 15-21, 21-19. Even though they have made sure to qualify for the semifinals, Hendra / Ahsan still have to go through one more match in the Group B preliminaries. Next, they will face a Taiwanese pair, Lee Yang / Wang Chi Lin to fight for the position of Group B. “Surely there are still some shortcomings in today’s match and yesterday. But we don’t want to focus too much there. What we are focusing on now is how to set up strategies for tomorrow’s match. The important thing is to play optimally,” Ahsan said.

Get an overview of today’s matches here