Fuzhou says goodbye to a legend: Last match for Natsir 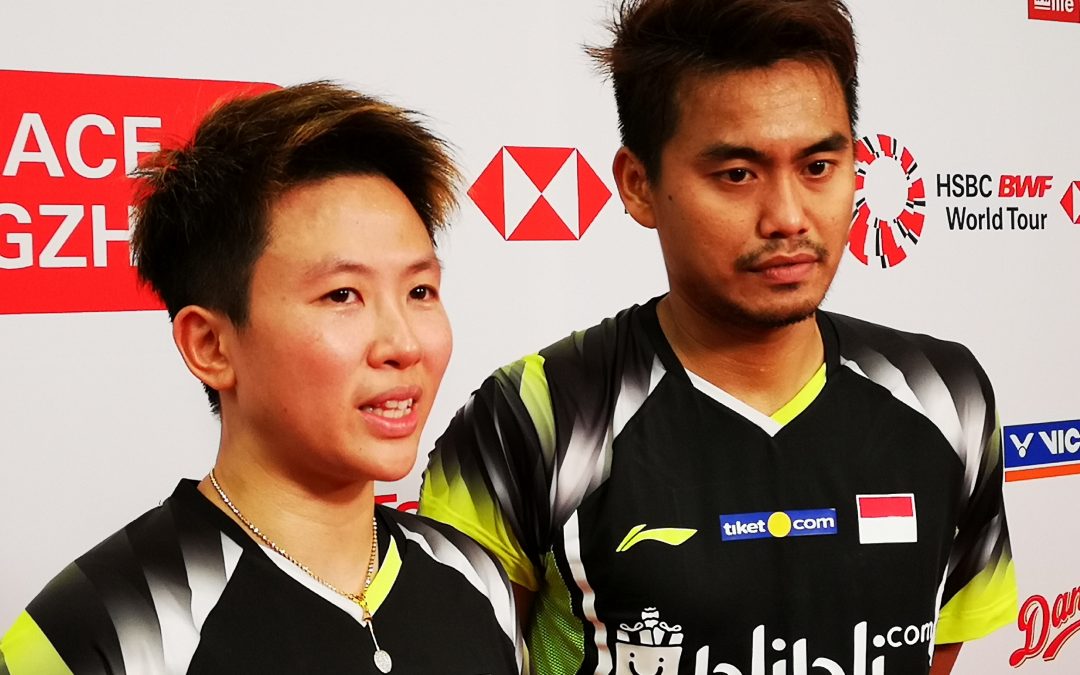 The quarterfinal at Fuzhou China Open will be remembered as the last match for the reigning Olympic Mixed Double Champions. The legendary Indonesians saw themselves cashing in a loss to the World Junior Champions from 2016.

This week all Indonesian badminton fans have been extra nervous every time Liliyana Natsir and Tontowi Ahmad went on court. They all knew that the Fuzhou China Open would be the legendary pair’s last tournament together. After this week Natsir and Ahmad will no longer be partnering up as Natsir is close to the end of her career.

It is already publicly known that the 33-year old Indonesian stops her career in the beginning of 2019. Her partner Tontowi Ahmad continues playing with a new partner already from Hong Kong Open next week.

Back to the quarterfinal today. He Jiting and Du Yue, who won the World Junior Championships in 2016, are the ones we will see in the history books as the ones who stopped Liliyana Natsir and Tontowi Ahmad in their last match. The two Chinese drew the longest straw in the first quarterfinal of the day as they won 21-18 21-19 against the Indonesians.

That brings them to an interesting semifinal against their compatriots, nearly unbeatable Zheng Siwei and Huang Yaqiong, who won in three games against Dechapol Puavaranukroh and Sapsiree Taerattanachai today. China is also represented in the other semifinal tomorrow, which will be a battle between no. 2 on the world ranking, Wang Yilyu/Huang Dongping and the Japanese duo Yuta Watanabe/Arisa Higashino.

Indonesia didn’t have a good quarterfinal day in China with only two out of six matches being won. Marcus Fernaldi Gideon/Kevin Sanjaya Sukamuljo and Mohammad Ahsan/Hendra Setiawan were the ones to defend their country’s colors. They are the only Indonesians in the semifinals tomorrow.

Then things were very different for the local players. China is represented in no less than eight semifinals tomorrow, and as mentioned above, one of them it will be an all-Chinese battle. Both Indonesian men’s doubles will have Chinese opponents tomorrow.

The only European semifinalist is in women’s single where the triple World Champion from Spain, Carolina Marín, will be up against Chen Yufei. There is still a chance for a final between two Chinese since He Bingjiao is in the other semifinal. She will play against Nozomi Okuhara who has statistics on her side; 4-0 before the match tomorrow.

Results from the quarterfinals at Fuzhou China Open: