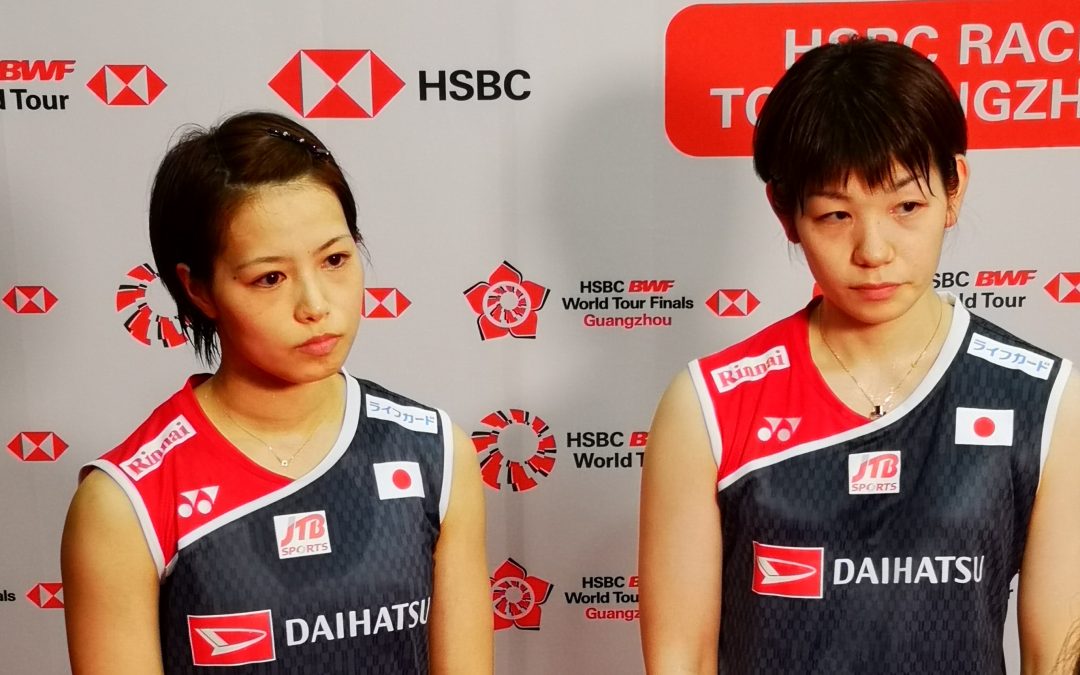 Opposite the two single categories where the majority of entries in the quarterfinals are seeded players, it seems that the seeded double pairs are struggling in Fuzhou. The World Tour Super 750 tournament in China only sees 12 seeded double pairs in action Friday.

The best mixed double pair in the world for the time being, Zheng Siwei and Huang Yaqiong, are currently in an amazing streak where they are unbeaten for 31 matches – apart from their first round match at Korea Open where they had to pull out because of injury. The Chinese duo has won six of the last seven tournaments they competed in – Korea Open being the seventh tournament. This amazing streak includes the World Championship and the Asian Games titles.

It will be up to Dechapol Puavaranukroh and Sapsiree Taerattanachai to stop the streak of the Chinese. The Thai duo is playing some of their best badminton these weeks but they are not favorites against Zheng and Huang tomorrow.

There could be a potential top clash waiting for us in the semifinals. The winners of the Chinese-Thai clash mentioned above will face either the reigning Olympic Champions from Indonesia – Tontowi Ahmad and Liliyana Natsir – or the unseeded Chinese duo He Jiting and Du Yue. Most badminton fans are probably hoping for a match between the top seeded Chinese and the two Indonesians as this is one of the last chances to see Liliyana Natsir in action. The legendary Indonesian announced her upcoming career stop weeks ago.

The other mixed double semifinal will be a battle between the winners of Wang Yilyu/Huang Dongping (2) versus Praveen Jordan/Melati Daeva Oktavianti, and Yuta Watanabe/Arisa Higashino (8) versus Kim Won Ho/Baek Ha Na.

Korea is back in women’s double

Yuki Fukushima and Sayaka Hirota, world no. 1 and top seeded in women’s double, only got one match in Fuzhou. The Japanese duo had a bye in first round and were eliminated by Chang Ye Na and Jung Kyung Eun in second round. The Koreans will have the honor of yet another Japanese pair in tomorrow’s quarterfinal, the 5th seeded World Champions Mayu Matsumoto and Wakana Nagahana.

Korea is enjoying quite some success in China this week as another of the women’s double quarterfinals is a battle between two of their own pairs. Chae Yujung and Kim So Yeong eliminated 3rd seeded Chen Qingchen and Jia Yifina while Baek Ha Na and Kim Hye Rin stopped Shiho Tanaka and Koharu Yonemoto (6) in second round.

With 7-seeded Lee So Hee and Shin Seung Chan against Greysia Polii and Apriyani Rahayu (4) on Friday’s program Korea has four pairs in the quarterfinals. They are battling for a semifinal against either Li Wenmei/Zheng Yu or Misaki Matsutomo/Ayaka Takahashi (2).

Denmark’s new best ranked men’s double pair, Kim Astrup and Anders Skaarup Rasmussen (6), are ready for the world no. 1 tomorrow after two straight games wins in the first rounds. Marcus Fernaldi Gideon and Kevin Sanjaya Sukamuljo (1) have statistics on their side though, however, the only time the Danes won against them was in the Indonesians’ own backyard at Indonesia Open 2017. So you should never say never for the strong Danish duo.

The winners will play the semifinal against the winners of Liu Cheng/Zhang Nan (3) and Liao Min Chun/Su Ching Heng. Should the Chinese lose this one, they are sure to have another pair in the other semifinal. That is guaranteed as one of the other quarterfinals is an all-Chinese battle. World Champions Li Junhui and Liu Yuchen (2) are ready for their unseeded compatriots He Jiting and Tan Qiang after eliminating another Chinese pair in second round.

Read about the successful singles at Fuzhou China Open here

The last men’s double quarterfinal is between what many would probably call the “old ones” against the “young ones” – but we know that the “old ones” will be more happy to be referred to as the experienced ones. Mohammad Ahsan and Hendra Setiawan had a good win in second round against 4th seeded Takeshi Kamura and Keigo Sonoda, silver medalists from the World Championships in August. Tomorrow the Indonesians are up against Satwiksairaj Rankireddy and Chirag Shetty, who are just 21 and 18 years old.

Results from men’s double in second round of Fuzhou China Open:

Results from women’s double in second round of Fuzhou China Open:

Results from mixed double in second round of Fuzhou China Open: