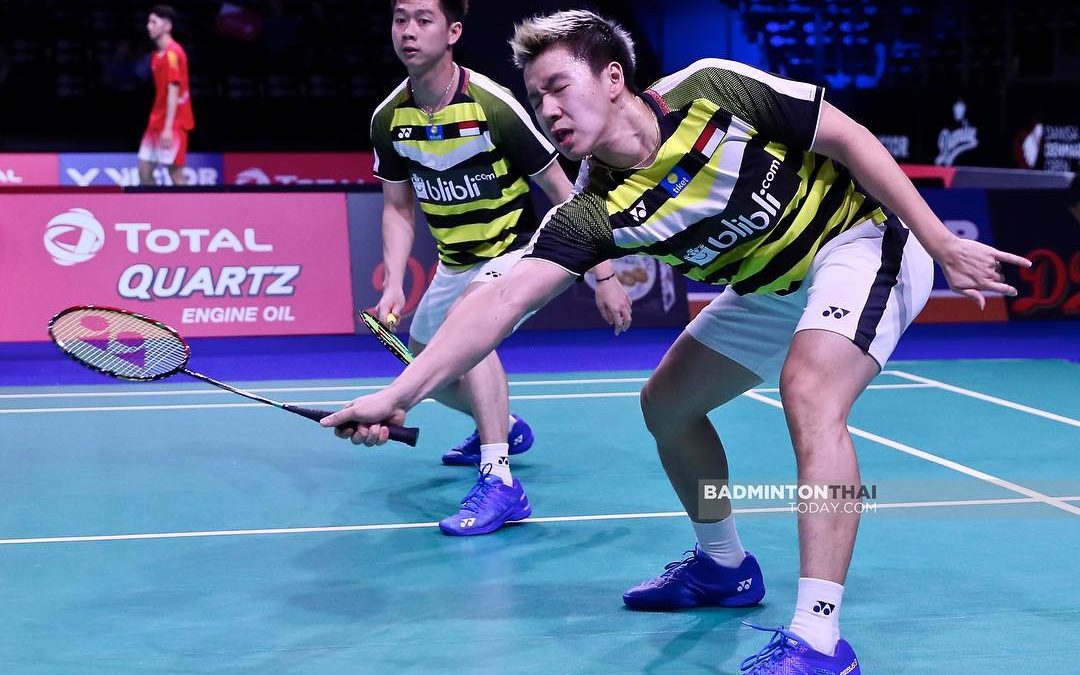 The World Tour Super 750 tournament Fuzhou China Open is over. The five finals were played earlier today and we have tried to have a look at them with a little twist.

Mixed double: Partners meet in 5th final of the year

Huang Dongping and Huang Yaqiong entered the Fuzhou China Open in women’s double but lost in first round. Today the two were facing each other in the mixed double final. This was their 7th encounter against each other with their respective partners, Wang Yilyu and Zheng Siwei. Huang Yaqiong and Zheng Siwei had won all previous six encounters. The first time was in November 2017. All other matches were in 2018. Four of the six previous matches were finals. Today they met each other in the 5th final of the year.

And the 5th final turned out like all the previous encounters had done. Huang Yaqiong and Zheng Siwei strengthened their solid position as world number 1 as they defeated their compatriots in three games. It was close for Huang Dongping and Wang Yilyu though; the 64-minutes long match finished 21-19 in third game.

Three weeks ago Kento Momota and Chou Tien Chen played the final of Denmark Open. That was their 10th encounter and it was the Japanese who pulled out strongest. Head-to-head is also on Momota’s side as he was leading 8-2 before today’s final. The two had a very different preparation to the final today though. While Momota was in an extremely long and intense semifinal of 97 minutes against Chen Long yesterday, Chou had eased into the final after just 35 minutes against Shi Yuqi.

The final was another intense affair. The winners of first and second game didn’t seem to struggle though; 21-13 for the Japanese – then 21-11 for the Taiwanese. The third game did however show that the Japanese machine Kento Momota was close to his limits. In the moment he won the last point of the match (21-16) he fell to the ground totally exhausted and he stayed down for nearly half a minute. Once up on his feet again, he did have enough energy left to celebrate his 7th titles in nine finals in 2018.

Korea and Japan had nicely shares the semifinals between them yesterday. Korea beat Japan in one, and Japan beat Korea in the other. The final at Fuzhou China Open was to be settled between Lee So Hee/Shin Seung Chan (7) and Mayu Matsumoto/Wakana Nagahara (5). The Japanese are the ones with the biggest title – the World Championships 2018. But the Koreans had statistics on their side with a 2-0 lead from previous encounters.

And little did it help being World Champions today. Lee So Hee and Shin Seung Chan once again proved too strong for the Japanese duo and they brought back some of the success Korea has been lacking for some time now. In 53 minutes the title was on Lee and Shin’s hands with 23-21 21-18.

The Asian Junior Champion and World Junior Champion from 2016 was still chasing her first senior title as she had the spectators on her side today; Chen Yufei was in the final against the World Junior Champion fromo 2012 and World Champion from 2017, Nozomi Okuhara. The Chinese had still not beaten the Japanese in any of their three previous encounters. Last time she did come closer than before as that was their first match in three games. The two players had two very different ways into the final in Fuzhou. While Okuhara had won all her matches in straight games, Chen Yufei has played three games in all hers.

Today wasn’t a picture of the past though, neither from previous encounters between the two finalists nor from the week in Fuzhou. Okuhara wasn’t herself while Chen Yufei was set on fire being very eager to claim her first senior title. In the shortest final of the day (43 minutes) things were in favor of the 20-year old Chinese. She won with 10 and 16. She won her first senior title. And then on home ground. It was inseed a good day for Chen Yufei.

For the fourth time in four and a half month Marcus Fernaldi Gideon and Kevin Sanjaya Sukamuljo were facing the two 20-year old Chinese He Jiting and Tan Qiang. It was 2-1 for the world number 1 before today’s final. Today was the first time the four players met each other in a final. It was the first final of the year for He and Tan. Gideon and Sukamuljo won their first 7 finals of the year but lost the 8th – that was at French Open against two other Chinese. The Minions, as they are also called, were surely up for revenge against China today. In China.

First game of the men’s double final was played on a very high level and it was the most dramatic game of the day. The Indonesians had one game point but couldn’t convert it. Instead they managed to prevent the Chinese from winning the game on their first six game points. On the seventh however, He and Tan bagged first game 27-25.

In the second and third game Marcus Fernaldi Gideon and Kevin Sanjaya Sukamuljo set things straight. They came back and controlled the match until the last point was played. With 17 and 15 they broke out in joy as they claimed their 8th title of the year. Needless to say they only strengthen their position as world number 1 even further now. He Jiting and Tan Qiang were the only unseeded players in today’s finals.

Results from the finals at Fuzhou China Open: