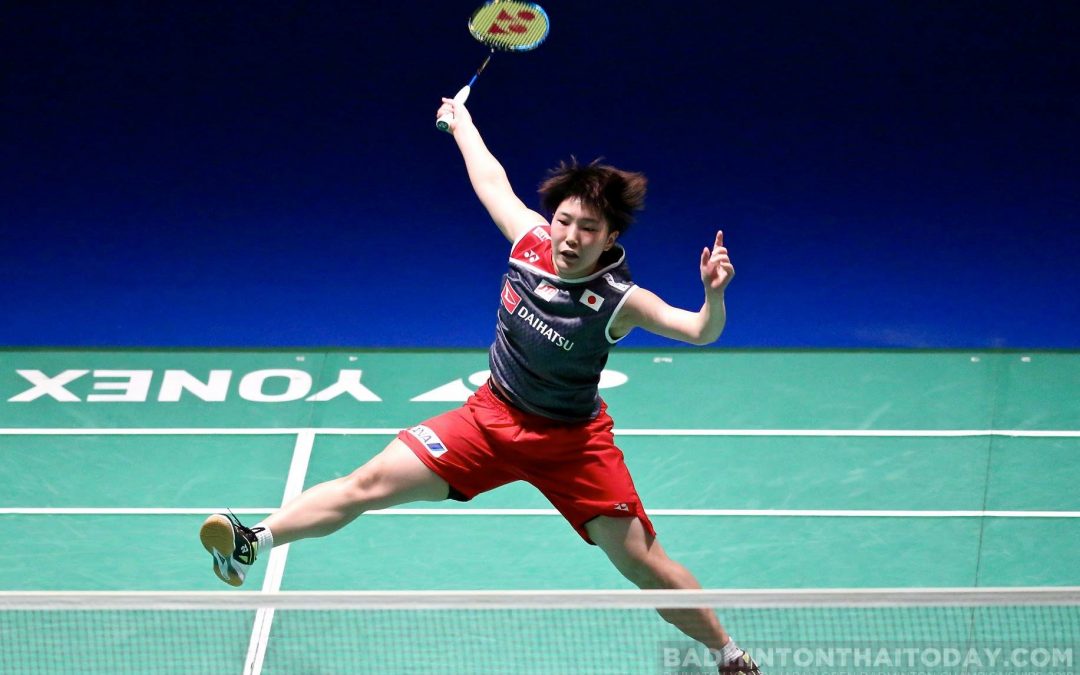 The second consecutive World Tour Super 750 tournament on European ground is over. The finals of the French Open were played in Paris today and there were some surprises in some of the matches.

The mixed double World Champions Zheng Siwei and Huang Yaqiong who won Denmark Open one week ago repeated the success as they also grabbed the title in France earlier today. The top seeded Chinese duo was up against Seo Seung Jae and Chae Yujung from Korea, who were unseeded this week.

In what turned out to be the shortest match of the day, Zheng and Huang secured themselves the French Open title in just 37 minutes. Badminton Famly spoke shortly to Huang Yaqiong after the match, and it was a very happy Chinese girl who claimed that “it has been two fantastic weeks for us”.

The big favorites in the men’s double final were Indonesia’s top pair Marcus Fernaldi Gideon and Kevin Sanjaya Sukamuljo who have won almost everything they competed in this year. Today they were facing unseeded Han Chengkai and Zhao Haodong from China, and the two pairs started off very evenly.

After 23-21 for the Chinese duo in first game, Gideon and Sukamuljo turned up the speed and crashed their opponents with 21-8 in second. While most spectators probably expected the Indonesians to also grab their second title in two weeks, Chengkai and Haodong wanted it differently. The Chinese won the title after 21-17 in the decisive game and marked the big surprise of the day.

The Bulgarian sisters Gabriela and Stefani Stoeva had a fantastic week in Paris, which they crowned by entering the final today. The World Champions from Japan were however too strong for the Stoevas in the third final of the day.

In straight games Mayu Matsumoto and Wakana Nagahara grabbed the French Open title with 21-14 21-19 in front of a crowd, who mostly cheered for the Europeans. Gabriela and Stefani must surely be disappointed about not making the last step up to the top of the podium. On the other hand they must be really proud after having given their absolute best and delivered a fantastic result for Bulgarian badminton.

The women’s single final was a rematch of the French Open final from last year and the All England final from this year. Last year Tai Tzu Ying won the title against Akane Yamaguchi, and today the two who rank number 1 and 3 in the world, faced each other in a new final.

Also here the match was very even in first game, which went to the Japanese with 22-20. Tai climbed back into the match by taking second game, and then we needed another third game to find the winner of French Open 2018. After 67 minutes – longest final of the day – a new title holder was found. Tai is removed from the throne and Yamaguchi can call herself French Open champion 2018.

Chen Long is back

The last final of the French Open 2018 was an all-Chinese battle between a former World Champion and the runner-up from this year’s World Championship; Chen Long against Shi Yuqi. Chen Long had yet to win his first title of the year, while Shi Yuqi has the All England title in his bag this year.

Today the old Chen Long was back and he grabbed his first title of the year as he defeated his compatriot in straight games. It meant a lot to Chen Long to win this title – that was obvious to see in his reaction when the last point had been played. The Champion shouted out to the spectators several times before turned around and respectfully thanked his compatriot for the match.

Results from the French Open finals 2018: