French Open: All badminton eyes are on Paris 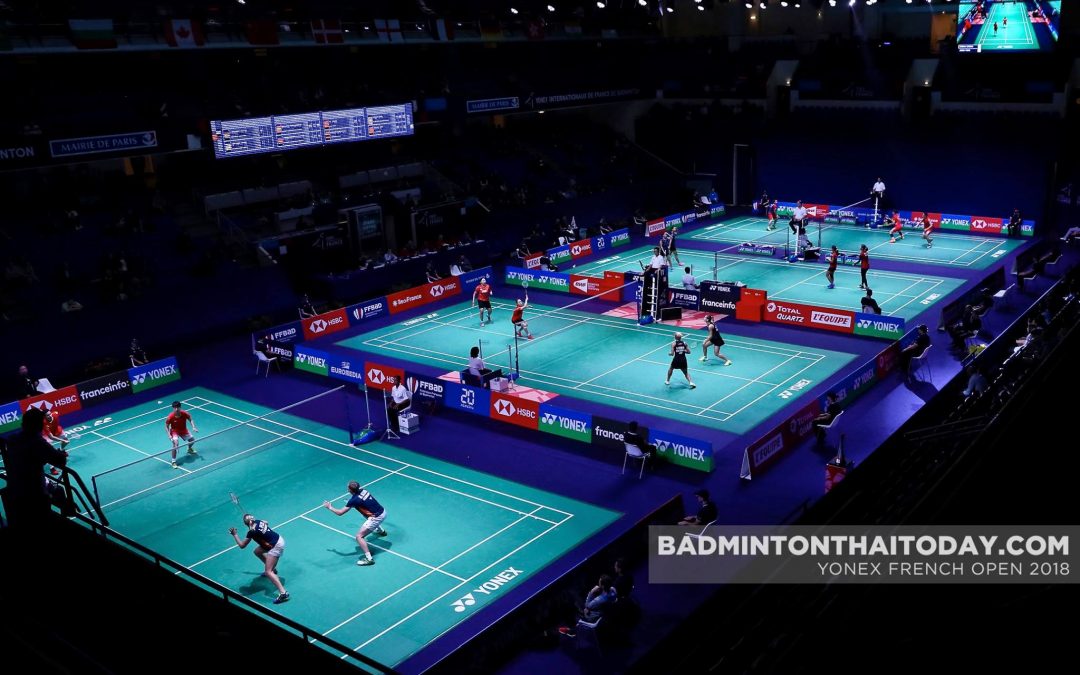 After several weeks in Asia the World Tour passed by Odense in Denmark last week for the first of two World Tour Super 750 tournaments in Europe. This week the tour has arrived to Paris for the French Open in Stade Pierre de Coubertin.

Sadly there has been quite many late withdrawals from French Open after numerous injuries during Denmark Open last week. Viktor Axelsen and Anders Antonsen from Denmark are two of the late withdrawals, the latter gave an entry to compatriots Jan Ø. Jørgensen instead.

First round of French Open was played over the last two days and we have already seen a few upsets. In men’s single runner-up from Denmark Open, Chou Tien Chen, was eliminated by Rasmus Gemke from Denmark. The Taiwanese was simply exhausted after his eminent result in Denmark. Lin Dan was also sent out after just one match against Kazumasa Sakai from Japan, while Anthony Sinisuka Ginting drew the shortest straw against Kantaphon Wangcharoen.

One of the biggest names in women’s single had to withdraw as well due to an injured elbow. Carolina Marín should have played Mia Blichfeldt in first round for the third consecutive tournament, but the Spaniard has been forced to stay off court for some time. That gave Blichfeldt an easier first round opponent after eliminating Marín last week in Denmark.

Pusarla V. Sindhu was eliminated by Beiwen Zhang last week in Denmark and played the American in first round again this week. And French Open turned out to be nicer to the Indian shuttler as she won fairly easily in straight games. In second round later today there will be two rematches from last week. Saina Nehwal and Nozomi Okuhara will play again, and Mia Blichfeldt gets a new chance to beat Gregoria Mariska Tunjung as well.

The men’s double finalists from Denmark Open went through first round of French Open with mixed feelings. Both were in three games but only one of the pairs are ready for second round now. That is the world number 1, Marcus Fernaldi Gideon and Kevin Sanjaya Sukamuljo, who defeated Mark Lamsfuss and Marvil Emil Seidel in their first match.

4th seeded and runners-up from the World Championships, Takeshi Kamura and Keigo Sonoda, lost the final at Denmark Open last Sunday and they added to their negative streak as they only got one match in Paris. Lee Jhe-Huei and Lee Yang proved stronger than the two Japanese as they successfully qualified to second round after three games.

Yuki Fukushima and Sayaka Hirota won Denmark Open on Sunday and the top seeded duo continues their streak in France. They won against the two times Huang from China – Huang Dongping and Huang Yaqiong, who are normally known for their mixed doubles.

The World Champions Mayu Matsumoto and Wakana Nagahara who surprisingly lost first round of Denmark Open to a Dutch pair came back on track in Paris. The two qualified to second round without major problems after eliminating a local pair Wednesday.

Japan has five women’s double pairs in French Open. All five won their first round matches, and we all know what that could potentially mean; we will get a Japanese winner on Sunday…

For Denmark’s Joachim Fischer Nielsen and Christinna Pedersen their first round match was very special. The two Danes who played together many years were split apart after the World Championships last year in Glasgow. Now they were facing each other for the first time after the break with each their own new partners.

And it was Joachim Fischer Nielsen who left court successfully as he and Alexandra Bøje won against Christinna Pedersen and Mathias Christiansen with 23-21 in third game. It was a match of no less than 87 minutes, which could go either way. But Fischer and Bøje who only entered French Open due to withdrawals from other pairs managed to overcome their 6th seeded compatriots.

You can see all results from first round of French Open here: