Finals from Japan Open: The expected drama didn’t come in the MD final 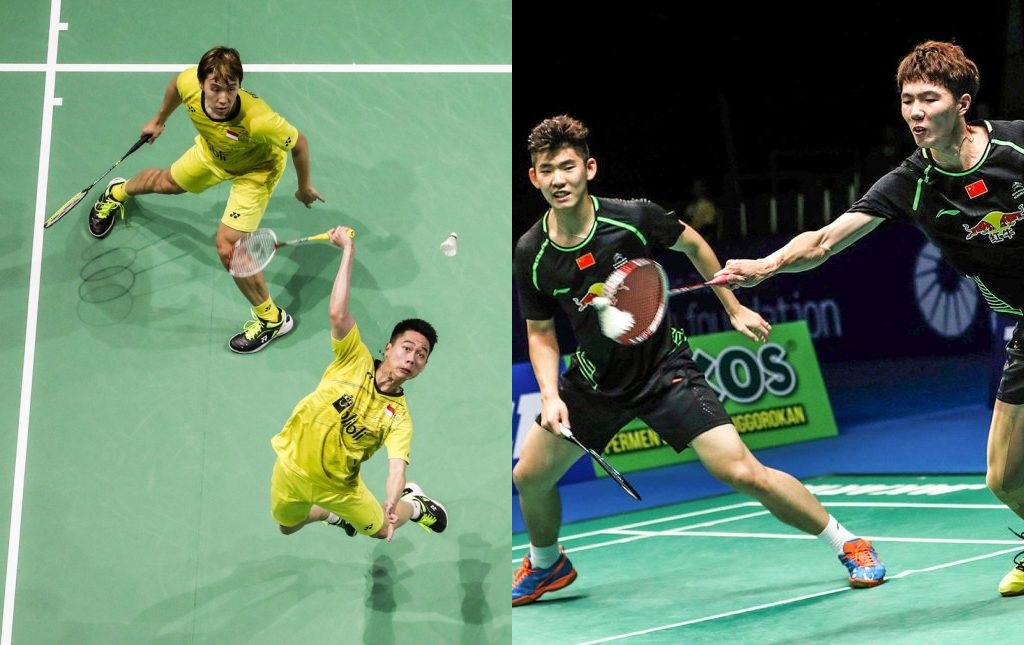 Last final of Japan Open was in men’s double where we saw the Asian Games Champions against the World Champions. Despite a 7-1 lead head-to-head for the first-mentioned, everything pointed in the direction of lots of excitement in this match.

Marcus Fernaldi Gideon and Kevin Sanjaya Sukamuljo are sitting solidly on the top position of the world ranking. They have more than 24,000 points down to number two. They happen to be Li Junhui and Liu Yuchen – World Champions and opponents in the final today.

The Chinese won the first encounter between the two pairs, which was back in 2015 at Vietnam Open. In 2017 and 2018 they have met each other seven times and all seven times the Indonesians came out on top.

It is publicly known that the two pairs don’t like each other. There has been several situations in previous encounters where Sukamuljo has provoked the Chinese so Li and Liu are obviously eager to get their second win to close the mouth of the young Indonesian.

Li Junhui and Liu Yuchen started off in a strange way though. It seemed that they didn’t really know what they were doing in the arena today and after just 6 minutes it was 11-6 for the Indonesians at mid-game interval. The lack of enthusiasm from the World Champions made one thing that something was wrong. Maybe there was? We don’t know and can only speculate on this.

Since everything including trick shots behind the back from Sukamuljo turned out successfully from the other side of the net, first game was a really disappointing version of what could have been a really extreme match. Gideon and Sukamuljo won first game very comfortably 21-11 in a very surprising beginning of the men’s double final at Japan Open.

The expressions of the Chinese duo’s faces indicated the something wasn’t as it should be – and the way they played strongly indicated the same. Either Li Junhui was sick, or there were some disagreements in the Chinese camp. Whatever it was, things clearly didn’t work as they should for Li and Liu.

But then again, in second game they managed to change 3-6 to 8-6 in few minutes. Maybe hope was coming back and they had just not been ready for fight in first game. But no, little did it help with these 5 consecutive points. The Minions – as Gideon and Sukamuljo are also called – quickly came back to take control of the match again.

Marcus Fernaldi Gideon and Kevin Sanjaya Sukamuljo won second game 21-13 and added on to their already impressive head-to-head statistics against the Chinese. They have now won the last eight encounters against Li Junhui and Liu Yuchen and have an 8-1 lead head-to-head against the World Champions and world number 2.

Gideon and Sukamuljo thereby take their second consecutive title at Japan Open. Li and Liu won the tournament in 2016.

Stay tuned! Out detailed statistics from Japan Open is coming up later…