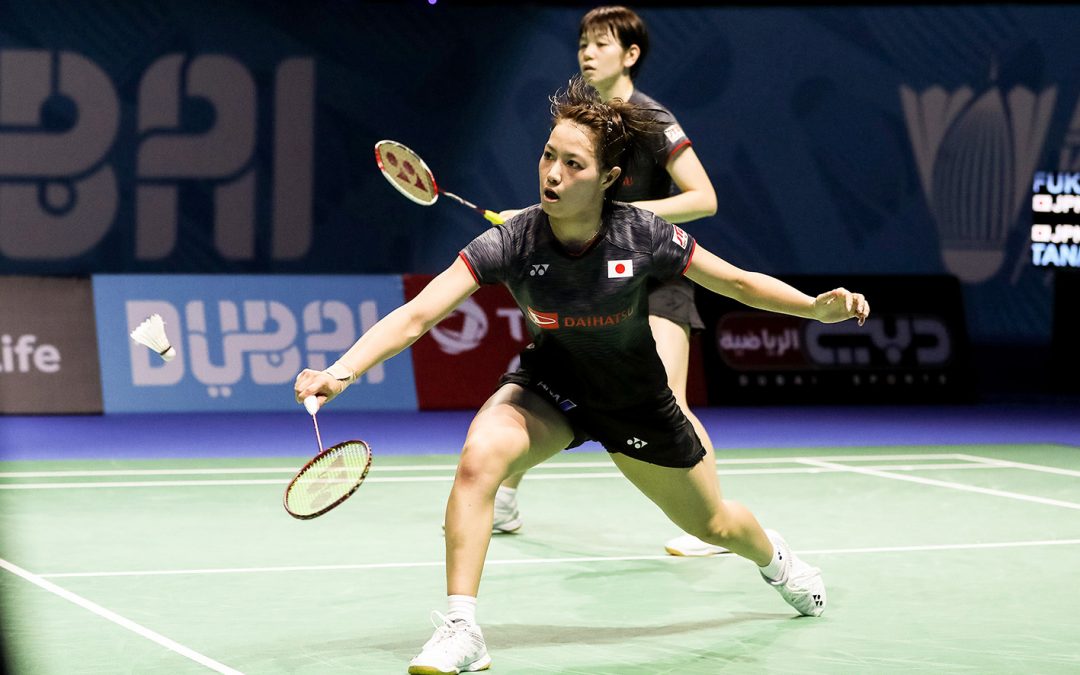 The spectators at Japan Open had a perfect start of the day as they saw their local hero Kento Momota make history and win the title in men’s single. Second final of the day was women’s double between the world number 1, Yuki Fukushima and Sayaka Hirota from Japan, and the world number 2, Chen Qingchen and Jia Yifan from China.

The Japanese duo had won against the Chinese in the final of the Asian Games team event where Japan claimed the gold. It was the exact opposite outcome when the two pairs met again four days later in the semifinal of the individual event. Chen and Jia later went all the way and won the Asian Games gold.

Shinkansen was on court

After a shaky start from the Chinese side where they were down with four points, Chen and Jia caught up with the local darlings at 13-13. Fukushima and Hirota had started at high speed like a Shinkansen train and it seemed not to fit the Chinese girls very well. After the leveling of the score there was a nice pressure from both sides of the net and it was a really nice badminton match to watch.

Jia Yifan clearly had the power today while Chen Qingchen lacked a bit behind her partner. The Japanese scored most points when they played on Chen and by doing so they took 8 consecutive points and bagged first game 21-8.

At 2-2 in second game Jia Yifan fell on court and needed medical attention for her left elbow. It seemed she had scratched the elbow on the rough surface of the rubber court, which can hurt and sting a lot. This handicapped the Chinese duo a bit as Jia was already their strongest card on court today. Fukushima and Hirota slowly but steadily pulled away leaving their opponents in frustration.

It was 11-6 for the locals at mid-game interval who were on the way to the title. It was about to be now or never if Chen Qingchen and Jia Yifan should be on top of the podium after the match – it stayed at never. The Chinese obviously lost faith but you got to give credit to Fukushima and Hirota for reading the tactic of their opponents and for turning that around to their own benefit. On their second match point the Japanese duo won 21-12 and claimed their first title on home soil. It was the same outcome as last year where Japan also beat China in the final.

That makes it a great start for Japan who has taken two titles out of two so far. It also makes today a perfect debut in the Olympic arena for 2020, Musashino Forest Sport Plaza, for Yuki Fukushima and Sayaka Hirota. They will share USD 51,800 in prize money and collect 11,000 new points to their world ranking position as number 1.

Stay tuned! There are more updates from the Japan Open finals on the way…