Fantastic match of the day in Fuzhou: Kento Momota vs. Chen Long 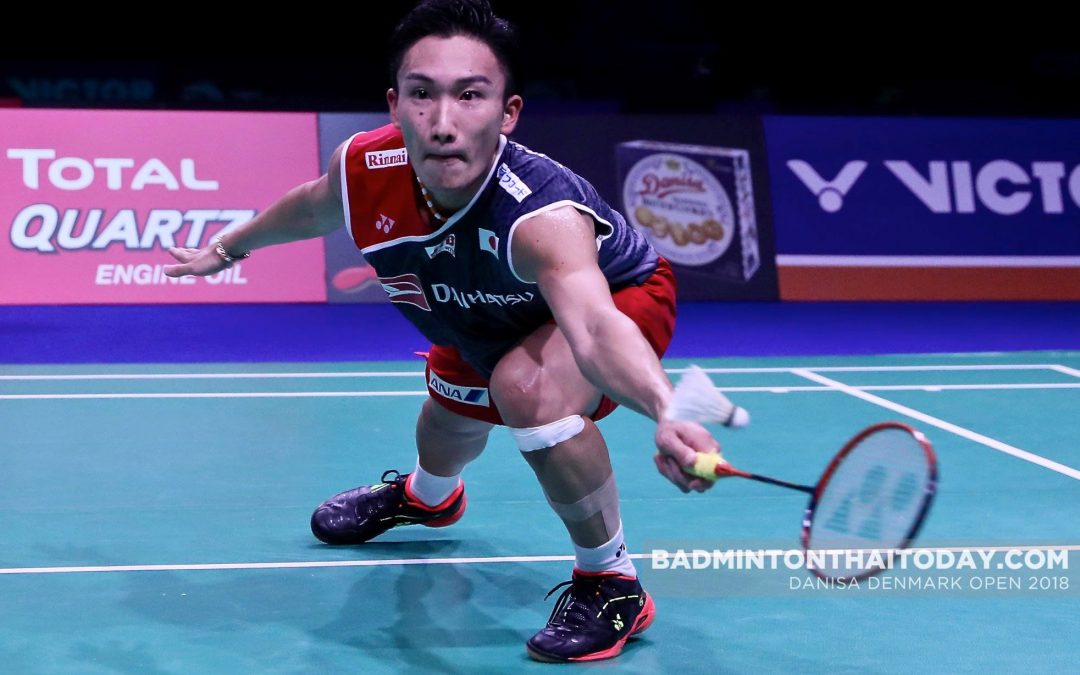 The recipe for a fantastic match is 1 part Kento Momota and 1 part Chen Long. Let these two “cook” on court for 97 minutes. Then you have the match of the day in Fuzhou.

They gave everything and they really seemed to enjoy playing this match. One of the men’s single semifinals at Fuzhou China Open today was the big battle between the World Champion and world number 1, Kento Momota, and the reigning Olympic Champion and former World Champion, Chen Long. The spectators in the Haixia Olympic Sport Center in the southwest of Fuzhou city were spoiled to the max today.

In a match, which was very even all the way through the nearly 100 minutes of play, the two top shuttlers put a big pressure on each other. They delivered a high level of badminton with many points on the lines. They didn’t shoot many shuttles out.

It was Chen Long who drew the longest straw in first game, which he won 21-19 on his first game point. In second game Momota stroke back and left the Chinese behind from 4-4. The world number 1 leveled the match with 21-17.

Half-way through the decisive game things looked in favor of Chen Long who was up 13-9. Moments later however, the Japanese was on top with 17-14. Best as the spectators feared it was about to be over for their local hero, Chen Long equalized the score to 17-17 and from here anything could happen.

There was not more to come with for the Chinese though. Kento Momota took the remaining four points to close the match with another 21-17 and he is therefore ready for the final at Fuzhou China Open.

Momota’s opponent in tomorrow’s final is going to be Chou Tien Chen, seeded 4. He eliminated another Chinese earlier today when he won in straight games against Shi Yuqi. That match lasted more than an hour less than Momota’s match, so the Taiwanese may have a small advantage in tomorrow’s game. However, Chou is not up against Mister Noboby…

The triple World Champion failed to qualify for the final in women’s single as Chen Yufei proved too strong on the day. It was first time in three matches the Chinese girl won against Carolina Marín. She will be up against the winner of Nozomi Okuhara and He Bingjiao in the final tomorrow.

The mixed double final is going to be a battle between China’s and the world’s two best pairs – Zheng Siwei and Huang Yaqiong against Wang Yilyu and Huang Dongping. Both pairs won their semifinals quite comfortably in straight games earlier today.

Japan and Korea are sharing

Japan and Korea shared the tickets to the women’s double final between them. Mayu Matsumoto and Wakana Nagahara won against Chae Yujung and Kim So Yeong while Lee So Hee and Shin Seung Chan won against Misaki Matsutomo and Ayaka Takahashi. Lee and Shin have won both previous matches against Matsumoto and Nagahara. Both times were in 2017 and both times it was in straight games.

The men’s double finalists are still to be found. Marcus Fernaldi Gideon and Kevin Sanjaya Sukamuljo are playing their semifinal against Liu Cheng and Zhang Nan as we publish these lines, and the other semifinal is the last match of the day. That is between the two unseeded pairs Mohammad Ahsan/Hendra Setiawan and He Jiting/Tan Qiang.

Results of the semifinals at Fuzhou China Open: