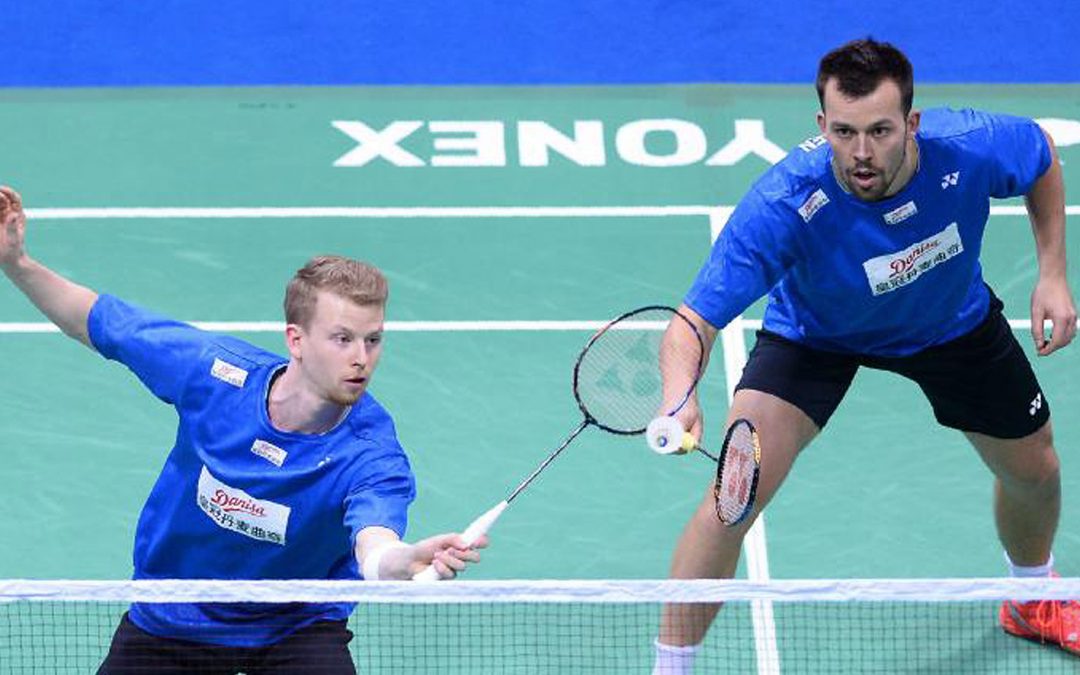 Semifinals have now been played in the famous tournament, but how has the day gone and which players are ready to play the big final tomorrow?

A bronze medal for Ireland
Chloe and Sam Magee will take home a bronze medal from the European Games in Minsk after falling short in their Badminton Mixed Doubles semi-final against the Team GB’s pair of Gabby and Chris Adcock. The Irish duo secured their place on the podium yesterday with a 21-19, 21-17 defeat of the Dutch pair of Robin Tabeling and Selena Piek, the victory giving Ireland its seventh medal of the Games. However, today’s semi-final proved a bridge too far with Great Britain progressing on a score of 21-8, 21-18. “We were a little bit too slow getting started,” said Sam Magee afterwards. “As we worked our way into the game, we got more comfortable. But they’ve got a lot of skills, they’re very fast. You have to be able to match their speed and we didn’t for long parts of the game. Once we did, we thought it was quite even towards the end and we just ran out of time. I’m glad that we kept fighting,” added Chloe Magee. “We know we can do better than the first set. Today, they were better than us. But we can be proud of how we performed this week. Reflecting on achieving Ireland’s seventh medal of the games, Sam Magee said he was proud the sport of badminton had added to the haul. “These things don’t come around too often and we know how special it is to win bronze. Of course, we always want more but we know hard it is to win these medals.”

Antonsen ready for the final in men’s singles
Danish badminton player Anders Antonsen is ready for the final of men’s singles at European Games in Minsk. Earlier today he won in a superb style over the Israeli Misha Zilberman with 21-9, 21-11 in the semi-finals. In the final, the Dane is also taking on the favorite role when he is to compete against Frenchman Brice Leverdez, who is number 33 in the world. The 33-year-old Frenchman won last year’s bronze at the European Championship. “He is a tricky opponent who can play really good games when he is underdog. He has pushed many of the very best in the world, so I think it will be a good final”, says Anders Antonsen. The semifinal meeting between world numbers 13 and 42 was never exciting. Quickly the Dane was ahead with 10-3 and had really definitely the first set midway. Only in the game just around the net, Zilberman seemed to be able to cause Antonsen a little trouble. At the beginning of the second set, for the first time, the Israeli got something to remind of a takeover when he came in front of 3-0. Shortly after, however, the 22-year-old Dane was in front with 6-5, and from here he drove the set victory home in almost as safe style as in the first set.

The Danes are taking victory after victory!
Former 2015 All England champions and Raw European runners-up, Russia’s Vladimir Ivanov / Ivan Sozonov, failed to reach top seed Astrup / Rasmussen in the semifinals on Friday night (28/6) Belarus Belarus. After an intense first match, the Danish pair led with a 21-17 victory. For the second year in a row Astrup / Rasmussen managed to reach the final of the European Championship by winning the second game 21-17. “I am very happy to play at this level again. I can say that I really enjoyed it today. It’s not always fun to be on the field, sometimes you feel a lot of pressure, but today we enjoyed it, and it’s very funny,” said Astrup. “We have never been in a multi-sport championship before and appearing in a place like this is very important to us. This is a big championship, and I think we look good, and not every day you are in the final,” added Skaarup.
Meanwhile, in the other semifinals, Marcus / Langridge managed to get rid of Dutch men’s doubles, Jelle Maas / Robin Tabeling in straight games 21-18 and 21-16. Marcus / Langridge has been able to show more than once that they know how to perform in a multi-sport championship by winning a bronze medal at the Rio 2016 Olympics and winning the 2018 Commonwealth Games gold.“We are both happy with the way we play. 75 percent of us remain on the game plan, and I think it’s effective for us today,” said Chris Langridge.

The semi-finals in the women’s finals
In the first semifinal, Selena / Seinen defeated second seed Russian, Ekaterina Bolotova / Alina Davletova to order a place in the final. The Russian pair won the thrilling first game match with 21-18, but the Dutch pair won 22-20 in the second game. Selena / Seinen was able to maintain momentum to lead 11-8 at the interval in the third game, and for the first time they were able to reach the final at European Games by securing a decisive game 21-14. “We continue to fight for every point, and you can see (in the second game) that they are nervous. They made a mistake that made a draw at 19-19, when he destroyed it wide. Maybe we were lucky too, and in the third game we managed to lead and keep going,” said Selena Piek. Whereas in the other semifinals, world number 30 pair Lauren Smith / Chloe Birch was in control of the game for an easy victory 21-13 and 21-13 against the 2018 European Championship runners-up Emilie Lefel / Anne Tran of France.“We have dominated the game to this day, and we want to do the same. We know that we have to bring our best game. We need to make a big field for them and really reveal their movements and I think we did well today this, “Lauren Smith commented on her victory.