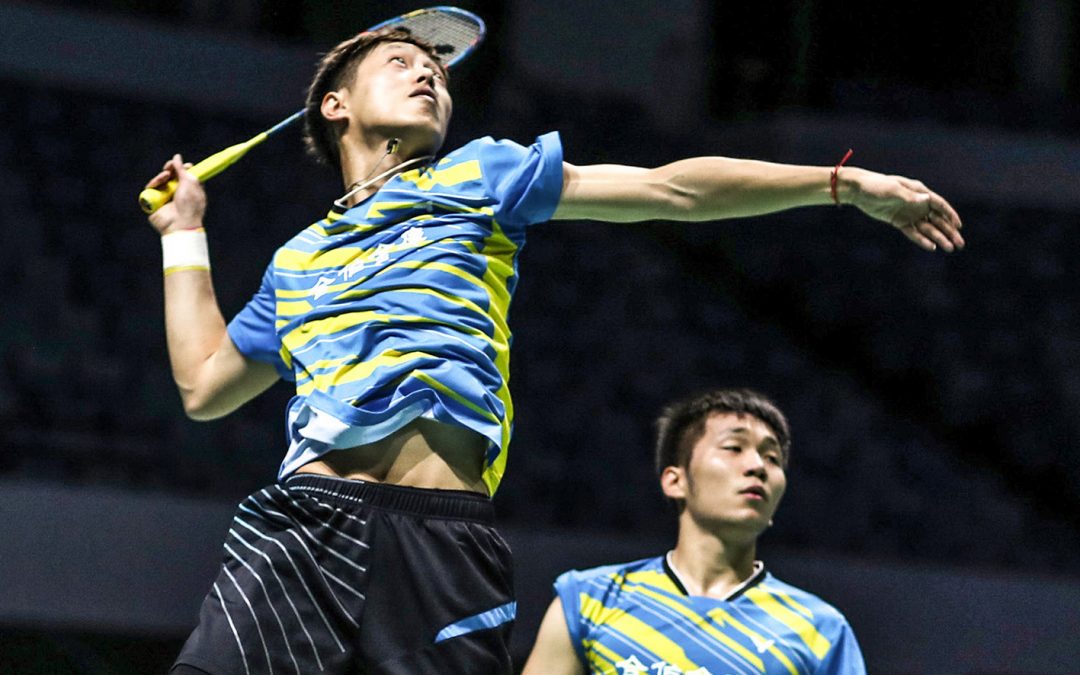 It was a very close finish in the quarterfinal between two Taiwanese men’s double pairs in today’s quarterfinal at Chinese Taipei Open. The only comfort for second seeded Lee and Lee is that it’s two compatriots who are in the semifinal.

It took no less than 82 minutes to settle the quarterfinal between Lee Jhe-Huei/Lee Yang (2) and Lu Ching Yao/Yang Po Han (7). The two local pairs should know each other fairly well and they delivered quite a drama on court today.

The 7-seeded Lu and Yang ran off with first game 21-19 after lacking behind most of the way through the game. A streak of five points towards the end of the game turned things around in their favor. Second game developed a bit similar with Lee and Lee leading the way. Once again Lu and Yang caught up though but this time the second seeds kept focus and bagged the game 21-17.

Did you read about the extremely close results yesterday?

And then came the dramatic finish of the match. For a long time it did look like a victory for the second seeded Lee Jhe-Huei and Lee Yang. They had their first match point at 20-16 but couldn’t convert it. Neither could they with the five other match points they had later. Instead it was Lu Ching Yao and Yang Po Han who closed the battle 26-24 on their third match point. The surprise was a fact, and Lee and Lee are out.

Prior to this dramatic finish the two top names in Taiwanese badminton had done what was expected by them. Chou Tien Chen and Tai Tzu Ying are both top seeded in Taipei City and both had another easy day in the office.

Chou was however under pressure in first game of his match against Lee Cheuk Yiu from Hong Kong. Lee was leading as much as 17-8 before the local favorite pulled up an extreme comeback with 9 consecutive points to even the score. The Hongkonger was shaken and Chou came successfully out of first game with 21-19.

In second game there was nothing to do for Lee Cheuk Yiu who was lacking behind all the way from 1-1. Chou built up a comfortable lead to 11-3 at mid-game interval before he finished the match with 21-7. Tomorrow Chou will play another Lee in the semifinal; Malaysia’s Lee Zii Jia defeated Ajay Jayaram from India in straight games to secure his spot in Saturday’s program.

Tai Tzu Ying also delivered on court today and this time she only needed 25 minutes to secure herself a spot in the semifinal. The local darling was up against Sung Shuo Yun, a 21-year old compatriot who ranks 64 in the world. And once again it was a favorite on cruise control.

First game was much too fast for the Taiwanese underdog and after few minutes Tai was already leading 11-1 at mid-game interval. She closed the game 21-7 before letting her opponent have a bit more to say in second game. Despite being even up to 11-11 though, Sung couldn’t make the sensation. Tai Tzu Ying is in the semifinal against Soniia Cheah after winning 21-14.

Click here to see the remaining results from today’s quarterfinals