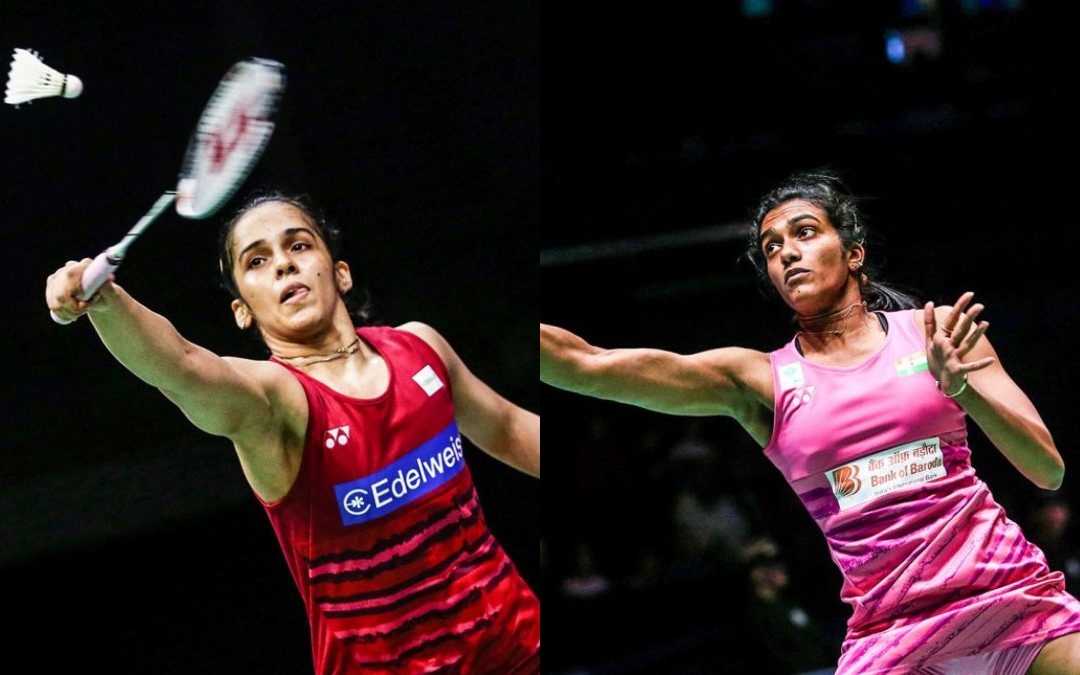 There were four interesting women’s singles on today’s program. The lowest ranked of the eight players is number 11 in the world. Five countries had the chance to get one of the four medals.

India and Thailand were up against each other twice today. Saina Nehwal and Ratchanok Intanon in the 16th encounter between the two young legends, and Pusarla V. Sindhu and Nitchaon Jindapol in their 5th. Both the Indian girl had comfortable leads in their head-to-heads against the Thais.

Saina Nehwal had four wins in the last five matches against Ratchanok Intanon when entering the court today. Intanon beat Sung Ji Hyun yesterday though so the Indian was taking her opponent very seriously, she said to Indian medias after the match. She knew the Thai would come out strong.

And Ratchanok Intanon also started best with a comfortable lead during first game. Nehwal however caught up with the Thai and bagged the game 21-18. In second game the Indian was fired up and was leading all the way to secure herself a 21-16 win and a historic Asian Games medal.

History to be made

India’s other hope in women’s single, Pusarla V. Sindhu, needed three games to overcome her opponent today. She did win first game quite comfortably – 21-11 after 17 minutes – and she revealed to the press afterwards that she felt she could have finished the match in straight games. Sindhu became nervous in second game though and she made far too many errors, which lead Jindapol back into the match. The Thai leveled the match with 21-16.

In the decisive third game Nitchaon Jindapol was leading 7-4 but Sindhu delivered a fantastic comeback and went to interval with an 11-7 lead. After this the Indian didn’t look back and Jindapol had no more left. Sindhu completed the Indian success with 21-14 after 64 minutes.

The two Indian Olympic medalists hereby assured their country two historic Asian Games medals; it’s a first for them, and it’s the first for India after 36 years without medals. The last Indian to bring home an individual medal from the Asian Games is Syed Modi (1982). And once you’re taking medals, why not take two, right?!

Nozomi Okuhara from Japan didn’t have a good day on court as she was facing top seed Tai Tzu Ying, Chinese Taipei, in her quarterfinal. Tai was eager to revenge her early exit from the recent World Championships and this showed on court today.

In only 36 minutes Tai had secured her medal at the Asian Games. She didn’t leave Okuhara any chances today but it obviously didn’t help the elegant Japanese player much only to score two points on her own serve in second game. Then it’s impossible to win.

Sindhu’s opponent in her semifinal was to be found in the clash between Chen Yufei, China, and Akane Yamaguchi, Japan. Only the first game in this match was interesting. Yamaguchi won with a close two point margin, 21-19, and leveled up in second game, which lasted only 13 minutes.

When the Japanese had a 12-point lead in second game it was basically over for Chen Yufei. The Chinese only scored 3 points in her serve, and like with Okuhara in her quarterfinal, 3 points in your own serve is also too little to win a match. Chen Yufei did however make Akane Yamaguchi wait a little before she could celebrate her victory. The Japanese needed four match points before she could close the game 21-11.

Rematch of the Commonwealth Games final?

Yamaguchi faces Sindhu in the second semifinal tomorrow leaving things open for an eventual rematch of the Commonwealth Games final from April. Here Nehwal defeated her compatriot in straight games. Will we see another all-Indian final in Jakarta or will India have to settle for two bronze medals? That’s something we will know after tomorrow’s matches…