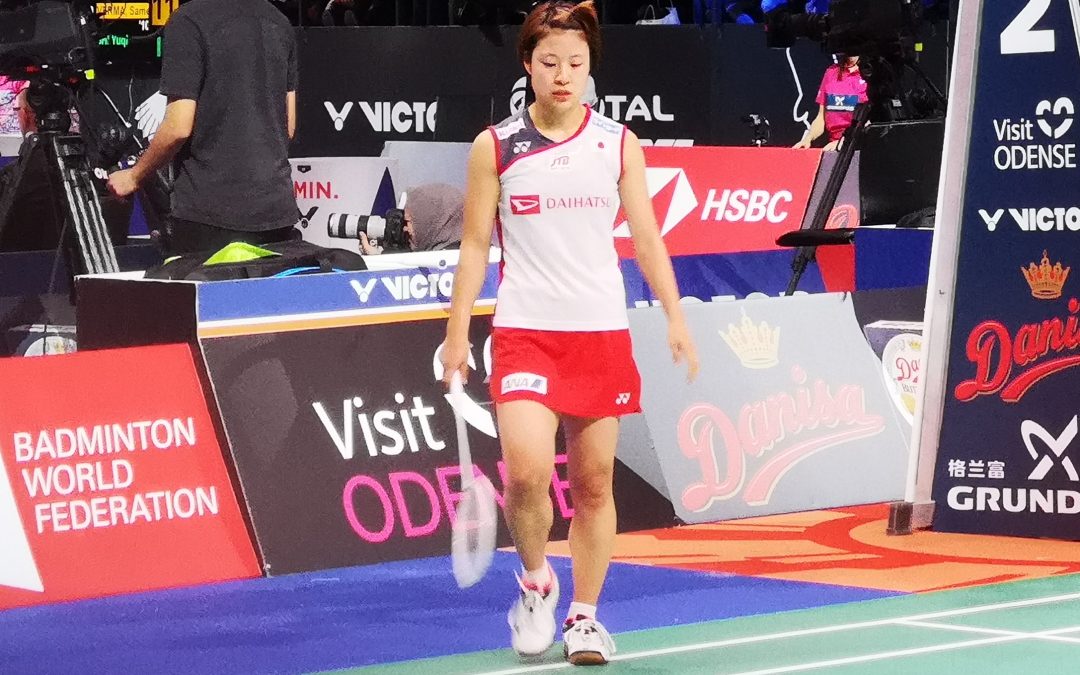 Worlds best Momota vs. the world known Chen Long- Who became the champion?
The tournament’s top seed again won the championship title after beating China’s representative Chen Long in the final match. Kento Momota defeated Chen Long with a score of 21-14, 21-12 in 44 minutes. Besides defending the title, Momota’s victory in the final match also improved his record when he met Chen. Kento Momota immediately step on the gas by posting four consecutive points to bring him ahead of Chen Long. After equalizing, Chen was able to take the momentum to a 7-4 victory over Momota. Now, their meeting notes draw 5-5.

After the break, Momota managed to reduce the lag to 9-11 after winning a long rally. The world number one player finally drew back into the first game with a score of 12-12 after winning the dueling netting . Momota resumed her momentum by winning three points (17-14) over Chen. Shortly thereafter, Momota also won the first game with a margin of 7 points. The game was hot again when Kento Momota and Chen Long shared points at the beginning of the second game. Momota regained momentum and was 4-1 up against Chen after winning three straight points. The Japanese representative increasingly had the upper hand with an 8-3 lead after Chen’s shot landed outside the field of play. Momota then reached the second game interval with a score of 11-6 after Chen Long’s hard smash was also declared out. Two consecutive points successfully achieved by Momota to lead 15-10 after his shot failed to be returned by Chen. However, the 2016 Rio Olympics gold medalist was still able to provide resistance by reducing the distance to 11-17. Chen could still add one more point, but the distance between the score between him and Momota was too far. Kento Momota also managed to retain the title after defeating Chen Long with a landslide score in the second game.

No. 1 in womens single defends her title
World No. 1 womens’ singles badminton player Tai Tzu-ying of Taiwan defended her title at the Denmark Open Sunday, defeating her Japanese opponent in straight games. Fourth-seeded Tai defeated third-seeded world No. 4 Nozomi Okuhara 21-17, 21-14 in a tactical match that lasted 40 minutes. The match, which was Tai’s fifth final of the year, saw her play a superb net game, while putting pressure on the deep forehand of the Japanese shuttler. The 24-year-old Okuhara attempted to get back into the match by delivering smashes down the line to trail Tai by only a few points for most of the first game. However, Okuhara’s indecisiveness on the court got the best of her after 25-year-old Tai won the first game 21-17. Okuhara initially switched up the momentum in the second game, taking an early lead over Tai through good tactics and switching back and forth between backhand and forehand attacks. However, Tai took the lead halfway into the game with aggressive strikes and disguised pushes deep into the forehand corner.

The faces on the Japanese bench began to show signs of concern when the Taiwanese ace won eight consecutive points in the second game, widening the gap on the scoreboard. Constant cries of “Chia Yu!” from the audience culminated in a reverse slice straight backhand drop shot from Tai to win the second game 21-14 and bag up her third title of the year. Tai, who won 42 of the 73 total points played, said she was very happy to play in Denmark because people there support her whenever she competes. “I think this court gives me a very good feeling because it feels as if the focus of the audience is on me and I really like that feeling,” she said.With the latest win, Tai successfully defended her title from last year, while also extending her head-to-head record against the 2017 world champion Okuhara to 6-4.

A very confusing match
South Korean women’s doubles partner, Baek Ha-Na / Jung Kyung-eun surprisingly able to conquer the representative of China, Chen Qingchen / Jia Yifan in the 2019 Denmark Open finals. Baek / Jung won with a score of 9-21, 21-19, 21-15 in the final match. After two draws at 2-2 and 3-3, Chen / Jia took control of the game. Five consecutive points that they won changed the score to 8-3 as well as the course of the game. When the first game reaches an interval, Chen / Jia leads 11-6. Chen / Jia locked in the first game with a margin of 12 points. In the second half of the second game, Chen / Jia continued to master the game. Noted, they lead the score 12-10, 15-11, and 17-13. The situation began to turn around when Baek / Jung was able to equalize the score to 18-18. After taking turns scoring points for a 19-19 draw, Baek / Jung proved they haven’t finished giving up resistance. Baek / Jung wins the second game after winning the next two points in a row. When the third game reaches an interval, Baek / Jung wins 11-8 over Chen / Jia. After the interval, Chen / Jia leveled the score again. As noted, they were able to offset Baek / Jung’s score 12-12, 14-14, and 15-15.Baek / Jung finally get their momentum back after winning the next point. From there, the pace of Baek / Jung to win the match was unstoppable.

Behind the victory, there was an unexpected incident that colored the duel Baek / Jing counter Chen / Jia. The organizers stopped the dueling Baek / Jing versus Chen / Jia after hearing the alarm sound from inside the arena. All people in the competition room were immediately instructed to come out. Investigate a calibaration, the fire alarm sounded because of the popcorn machine.

No longer the runner-ups – champions!
Praveen Jordan / Melati Daeva Oktavianti  face the tournament’s second seed, Wang Yilyu / Huang Dongping (China), in the final match. The game was won by Praveen / Melati with a score of 21-18, 18-21, 21-19. The 2019 Danish Open title became the inaugural title of Praveen / Melati in 2019 after they were always runners-up in the previous four finals.